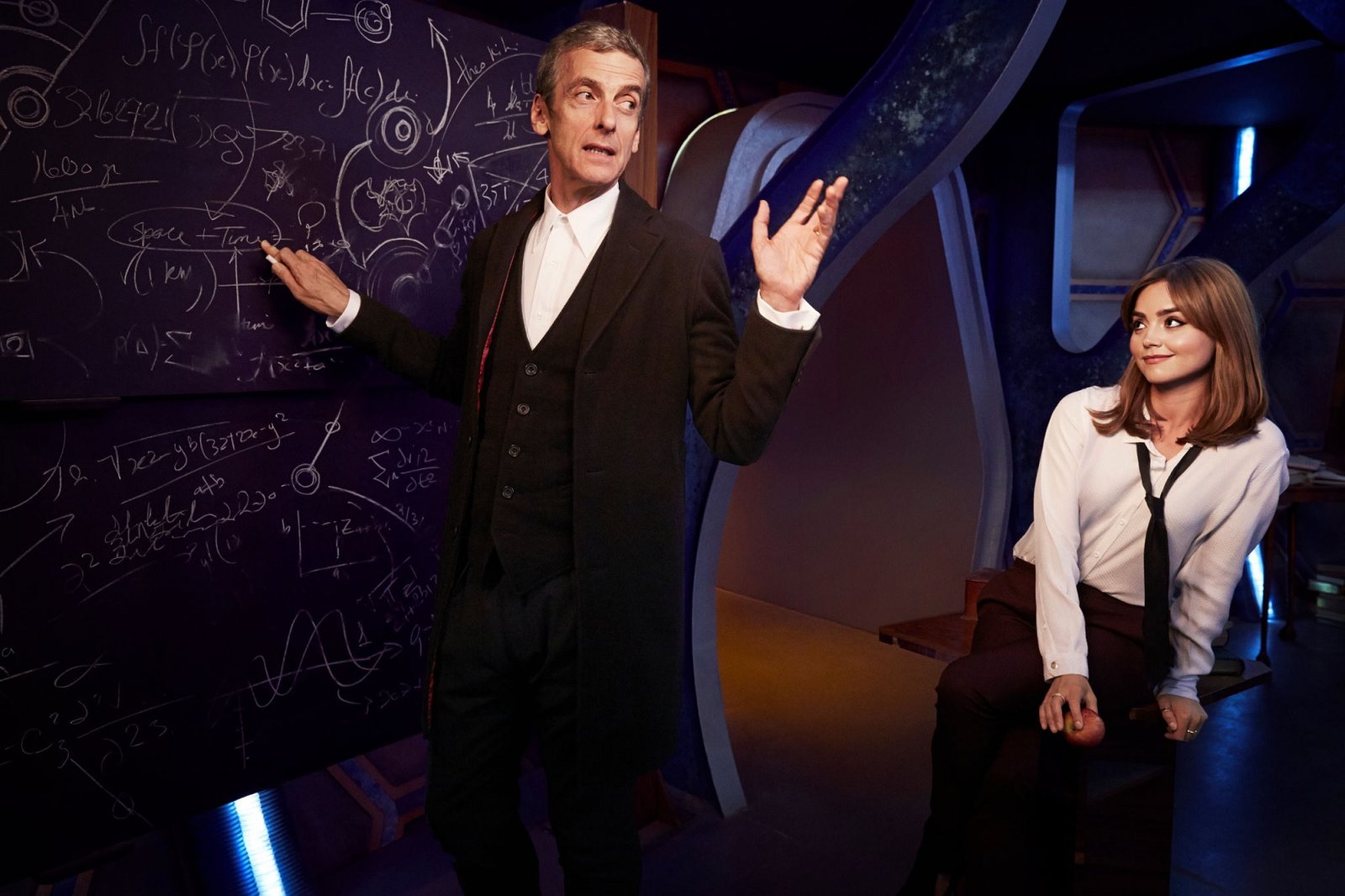 Peter Capaldi’s first series as the Twelfth Doctor gets a fair amount of criticism; then again, very few seasons aren’t ripped to shreds by naysayers – even the marvellous Series 1 and near-perfect Series 5 get dragged over the coals by some. But Doctor Who Series 8 seems to attract a very critical audience… and honestly? I’m a member of that audience.

Long-term readers of the DWC will know that I’m a big fan of the Eleventh Doctor and would happily watch any of his episodes at any given opportunity. Yes, Nightmare in Silver too: it’s far from great, but Matt Smith and Jenna Coleman raise it from a trough. It’s only natural that I approached Deep Breath with a dollop of dread, and, in 2014, found it severely lacking. Subsequent episodes didn’t lighten my outlook much either.

I like to think I’m fair, however, and have revisited Capaldi’s era frequently. Yearly, at the very least. This time, I wondered if I could really reappraise Series 8: forget about my love of other eras – what does this one benefit from? Can the run of episodes from Deep Breath to Death in Heaven find some redemption? The answer actually did surprise me – even if that answer was a definitive “yes and no.” Because I still think there’s a lot to dislike. Deep Breath is shockingly poor, and this comes from a big fan of Steven Moffat (and indeed many of the elements which make up the episode: Capaldi, Coleman, the Half-Face Man, the Paternoster Row Gang, etc.).

For me, what holds it back isn’t simply a script which manages to make me cringe but also its direction. Ben Wheatley was in charge of this debut, and it should’ve been better. I had high hopes for the director, yet the serial actively frustrated me. There seemed to be a lack of depth, of clarity, of colour. It was all just drab. Most scenes appeared to be either close-up or medium shots – now, I’m no director, but I like to think I’m getting better at spotting a beautiful frame. Even lacklustre serials can be redeemed somewhat if they look gorgeous. And Deep Breath simply didn’t. I wanted to see this new Doctor’s world; instead, everything was annoyingly tight, yearning to… well, breathe.

Into the Dalek suffered a similar problem – understandably, given it was helmed by the same director – but at least we saw some Daleks getting obliterated. Mind you, it’s difficult to make a Dalek blowing up look boring. Still, Wheatley was apparently assisted on production by other directors, which is perhaps why I didn’t feel it suffered as much as Deep Breath. It’s ironic, really, because Into the Dalek should’ve felt claustrophobic, just as the Series 8 opener did.

This episode also introduced two elements which irked me throughout the run of episodes: Danny Pink, and the Doctor’s querying whether he’s a good man.

Seriously, what did Clara see in Danny? He’s as likable as dysentery. Clara wants to see the universe; she marvels and is full of wonder. Danny likes… I don’t know, peeling potatoes? Washing the dishes? Giving lectures and weeping in front of a mirror? Clara and Danny simply seem to argue. It’s later commented on that the pair arguing means they’re in love, but surely that happens after the so-called “honeymoon period”, when life is fresh and lovely and everything seems brighter because you’ve found someone you can’t imagine not living without? 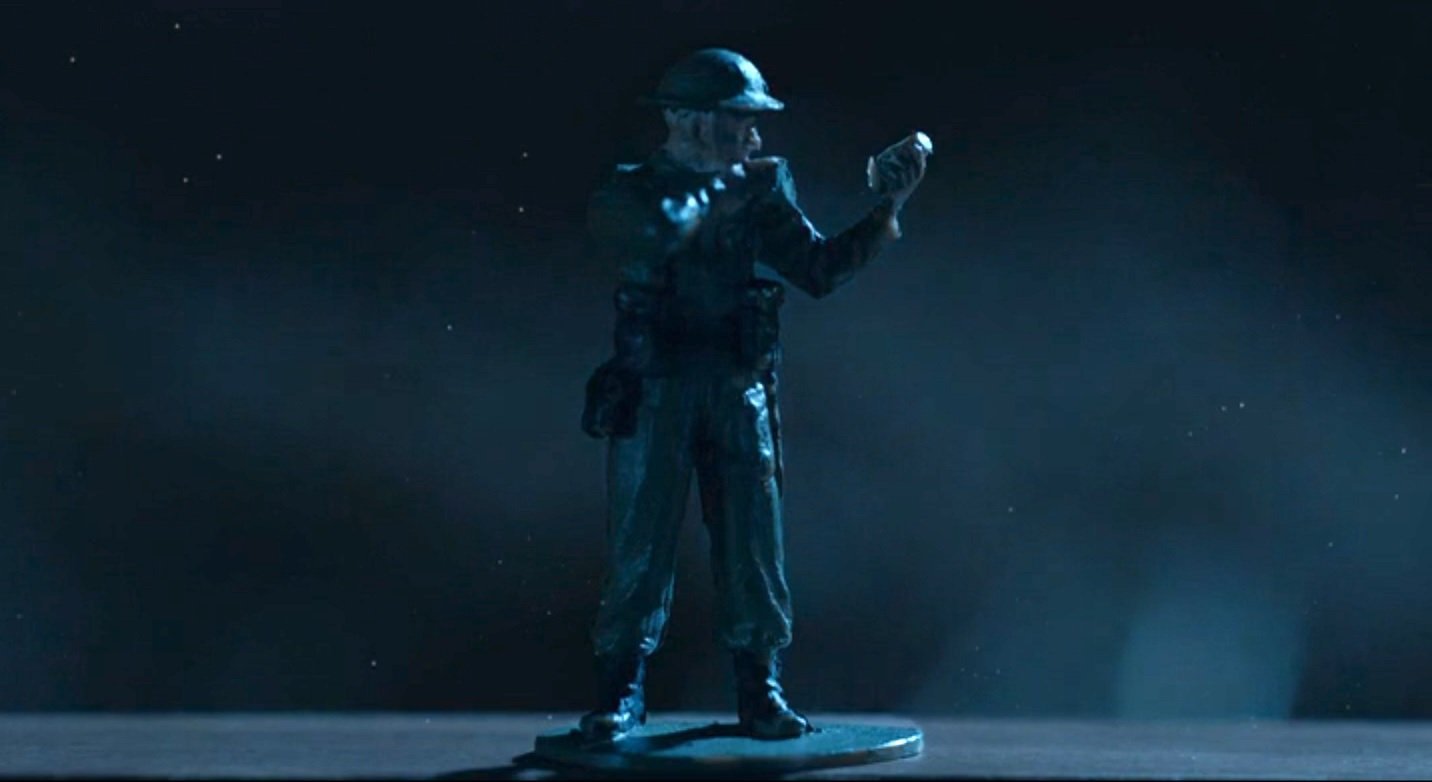 Love can be torturous, but it’s worth it. Series 8’s message is that love is torturous then one of you dies. Horribly. And rather pointlessly. Sure, it’s easy to be cynical about love, but it takes a lot of courage to carry on regardless and say, “This is what we want, whether the universe is against us or not”. You’re supposed to find solace in the arms of the one you love; Danny and Clara find animosity.

This might partly be that we didn’t see Danny’s inevitable pining for Clara. Because that’s what guys do, okay? We get a bit moody, a bit teary, and think the worst is going to happen. We certainly don’t get put off someone because they’re going through a situation we’re not used to. His dialogue is even at odds with itself: in Listen, he tells Clara, “I don’t do weird”, then “However weird this thing may be, just tell me the truth.” Yeah, you’re really winning her over, Mr Pink.

I would, here, note two things: firstly, that this is one of the only bum tones in Listen, which is otherwise pitch-perfect; and secondly, that this isn’t the fault of either Jenna Coleman or Samuel Anderson. Watch them both in Listen and they’re brilliant. Anderson as Orson Pink is especially pleasing, demonstrating what he can do with a good character. Samuel apparently didn’t know he was playing two people in the episode until the readthrough, so what he achieves is a real accomplishment.

Clara and Danny’s relationship is strengthened by Listen‘s ending: the pair essentially admit how afraid they are of having fallen for each other, and that’s what brings them together. It’s one of the most believable things in the whole series.

It’s the conclusion of Listen that really sells the episode. It’s stunning. Clara’s monologue is chilling, saddening, and uplifting, all at once. Jenna, naturally, nails it, as do the other players in the tale: the Doctor, still untrusting, sceptical, and, fittingly, scared of what they’ve been through; Danny, apologetic at the last few hours having spiralled out of control; and director, Douglas Mackinnon – oh boy, now there’s a talent. Mackinnon demonstrates a similar flare in Time Heist, an episode which has its detractors, yet I’ve always found to be a high point of the series (though not, it has to be said, Series 8’s only high point. Far from it, as it turns out). It’s an experiment, and a mostly successful one at that. You wouldn’t want Doctor Who like that every week, but once every 50-odd years is fine.

One curious thing that occurs to me about the Stephen Thompson and Steven Moffat-penned story: though dynamically presented, you don’t really get a sense of scale. Perhaps this is because the sets all look similar; it is a bank, after all, and you don’t get a great deal of variety in those. The Doctor, Clara, and Psi all split up as the Teller roams the vaults, but there’s a surprising lack of movement. It’s all interchangeable.

That is a small criticism, however. Another might be that Keeley Hawes is wasted here. She’s great, yes, but I wish her role had been more substantial. I’d be quite happy if she were the Michael Sheard of “NuWho“, popping up every couple of years as someone different and hoping that the audience had forgotten she’d been in it already.

Ah well. Time Heist is such good fun, I can forgive it a lot. I like when Doctor Who tries something offbeat.

That’s where we find The Caretaker too. It does attempt something different, and even though it’s entirely built on a fallacy – that there’s been a wealth of temporal energy (or some-such gubbins) at Coal Hill School over the years – it’s enjoyable enough. It’s no Lodger, that’s for sure, but it’s no Twin Dilemma either.

When I first watched it, I thought Doctor Who was really back. Despite some concerns, this was the show I recognised. I maintain that opinion, on the whole. Danny’s still a damp squib, of course. The Skovox Blitzer’s a neat creation. The whole idea of Clara juggling her two lives until they collide is a fun premise. And frankly, knowing what comes after makes you appreciate The Caretaker even more. Doctor Who was really back, but not for long, sadly. Don’t worry, I’ve not forgotten about Robot of Sherwood. It’s an odd one: it has a lot going for it, and when I initially watched it, I thought Doctor Who was starting to find its feet again. But it does stumble along the way. The Sheriff’s transformation into a cyborg comes out of the blue (mainly because the episode was edited after a terrorist incident – let’s not go into all that again), the Doctor’s “I’m totally against bantering” doesn’t really work, and the ending, with Robin Hood, the Doctor, and Clara hitting the mark, ironically misses it.

It’s Doctor Who at its most tongue-in-cheek and sentimental, however, so I struggle to hold anything against it. Like the Doctor, it’s well-meaning, and that’s the whole point.

Speaking of which, we will come back to the season’s “good man” arc… 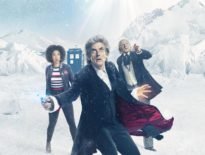 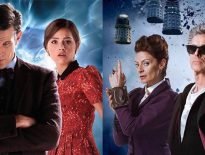