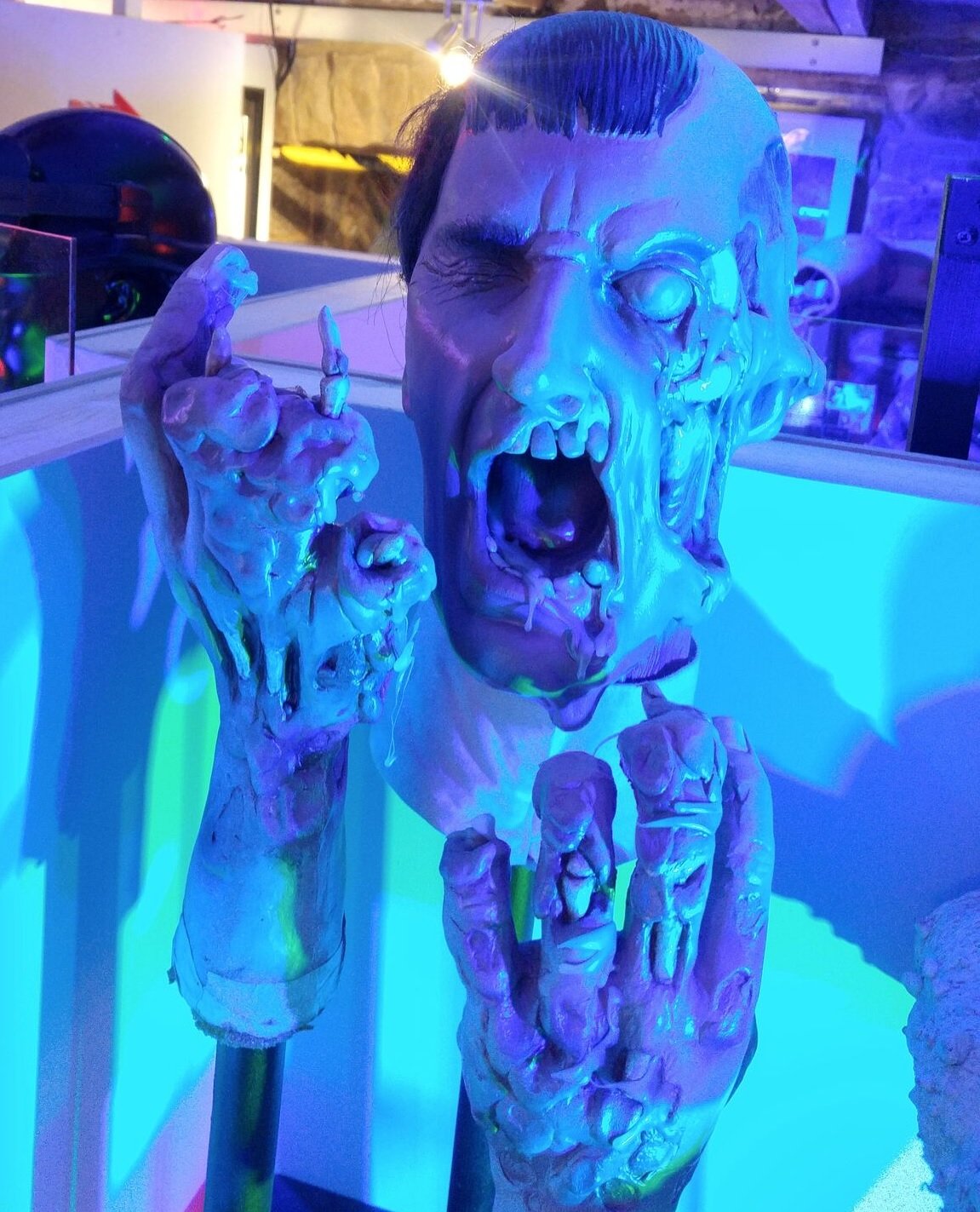 A sleepy little town in the beautiful North Pennines: locals and tourists alike enjoying an unseasonably warm afternoon in October. Little did they suspect what local Neil Cole had hidden away in his basement. He’s just an ITC and Art teacher; a bit weird but mostly harmless… isn’t he?

But what did we find at his respectable town house, in the suspiciously-bigger-on-the-inside basement? An arm, a leg, far too many heads, and a whole baby; exquisitely-preserved, if a bit green.

Okay, so the arm belonged to a Sea Devil, the leg an Ice-Warrior, the heads everything from an Alien engineer to an Exxilon. And yes, the baby was indeed the Chimeron princess from Delta and the Bannermen. (“That’s how I see all babies,” says Helen, from Crook.) And for anyone into costumes, Toos’ skirt is still gorgeous after 40 years, as are the Graff Vynda-K’s fur cloak, Ohica’s robe, Martin Jarvis’ Varosian Governor’s outfit, and, oh, so much more. These are genuine items used on set in classic Who and other SF TV and film – all collected and lovingly restored by Neil Cole.

I asked visitors to Neil’s Museum of Science Fiction what they thought on the day it was opened by none other than RSM Benton himself, John Levene.

First, I spoke with Nigel, Neil’s best friend since the age of 4, an archivist from Tyne & Wear museums:

“Opening this week is quite poignant for me, as we always went to the lakes with Neil’s parents October half-term.

“My era is that crossover from Jon Pertwee to Tom [Baker]. Favourite memories – Stones of Blood and Android Invasion. They had such an effect on my imagination. Today I’m just in the background, checking everybody’s happy.”

Nigel did an amazing job taking care of everyone in the stress of a mad invasion of tiny Allendale Town. Will, married to Neil’s best friend from school, says:

“I helped with the work on the building before he filled it; it was just a shell. It is a conservation area listed building, so he had to use the same coloured grout on the vaulted roof. I haven’t seen it for ages and am surprised at the sheer volume of stuff in here! The displays and artwork are brilliant.”

I asked Chris (Dad-in-law, on the Door) how he felt when Neil first planned this:

“I thought he was absolutely crazy! But at least it would get his collection out of the spare room. But when I saw it all I was amazed.”

As ever with Who events, it was a joy to see all ages enjoying it together. A local Gran had brought her grandchildren from 30 miles away – who said they liked the dino-like monsters, and the ‘green baby’ best. Their enthusiastic summary: “Cool!”

Another family from 20 miles away, the son from Mr Cole’s art class: Mum Maureen says, “Rory’s never been arty or crafty, but Mr Cole’s worked wonders with him.” Rory adds, “We’re doing waterpaints, he shows you how to do details and new things.”

“My favourite is either this Sea Dude* or the Dalek,” reckons Reed, age 10, while Seth, age 7 says, “The most gross is definitely Kane” [the melting face from Dragonfire]. Fans came from far and wide for this opening day. Reece and family from Glasgow tell me: “We came down today just for this – he’s surpassed himself”; “Terrific skill to match his terrific knowledge”; “Such a small space – but bigger on the inside.”

Christina Jammet, from France, somewhere between Biarritz and Bordeaux, adds:

“In France we don’t have separate SF genre of writers, just ‘Fiction.’ We have Jules Verne, René Barjavel [alleged inventor of the grandfather paradox] especially. But what was fiction yesterday is fact today.”

“I’ve been following [Neil] for two years on the internet. The Chimera is a cable-controlled puppet with a bladder inside, so it can breathe. Stephen Mansfield and Susan Moore [its creators] are an inspiration.”

Julie and Tom from Alston add:

“Tom was just saying ‘there’s no Blake’s 7’ when we turned the corner and there was Paul Darrow!”

Although, sadly, he’s only as represented by a photo and his Tekker costume from Timelash.

“We saw it in the local newspaper. We watched it from when we were little – and I used to have a thing for Sergeant Benton! It’s amazing what you can do with a basement. We saw Neil on telly last night – science teachers have changed a lot since I was at school!” says Helen, while Paul (both from Crook) adds: “I do like a good Dalek; that horrible blob thing inside.”

Members of a quiz club were over from Washington, Co Durham for a day out. Seeing me with pen and notebook looking for comments, one asked me: “are you a Normal Person then?” (Definitely not. How dare you accuse me of that, sir?!) Then they noticed the TARDIS Earrings, and decided to just go with it: “It’s quite surreal really”; “Chewbacca just leaned over and asked me: ‘do you work for Sestry?’”; “I never knew how I could remember both Kennedy’s assassination interrupting the telly, AND the Doctor Who pilot; it was only a few years ago I learned they’d repeated it, so that cleared up my confusion!” Allendale, in the middle of a Moorland landscape – scenery which could have doubled for Terror of the Zygons – might have resented the invasion of SF fans, many in full cosplay. But the response has been overwhelmingly positive. “I’m surprised how much he’s packed in here,” Local resident Kay enthuses. “The lighting’s good; very atmospheric. It’s great to have such a thing in Allendale.” Her husband, Paul jokes: “It’ll make a change from Hadrian’s Wall!”

Locals, Ian and Lianne add: “I saw this as a basement – doesn’t the building SUIT the exhibits?”; “It’s a dream if you’re a Doctor Who fan.”

At the pub meal, before Benton turned raconteur, The Three Doctors was playing silently in the background. At one point, we realised half the people in the room knew who was in the costume fighting Pertwee in Omega’s mind. We’re not obsessed. Not at all.

Then Neil introduced John: “It has been an amazing day for me personally – a bit overwhelming. If you’d told me, the little laddie who sat watching Doctor Who all by himself, that one of the characters who were his heroes would be here today, opening my own museum, I could not have comprehended it.” 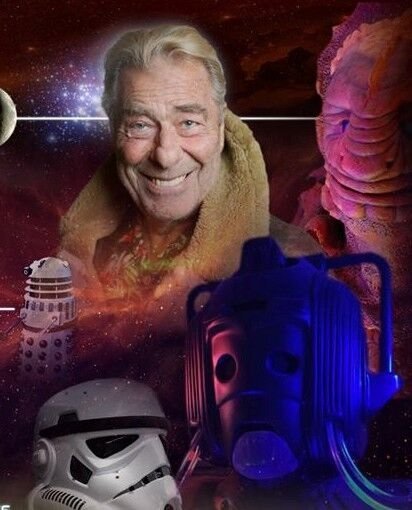 The last word has to go to the very huggy Mr John Levene who had spent the day chatting with fans, taking time with them and making their day. He very graciously said it was all Neil’s day, not his. He was hugely complimentary about the work and passion Neil had put in, and the end result, which he calls:

“Astonishing. It’s not just the collection, but the curation, the skill in display… in such a small space.”

On coming to the North:

“They say don’t take coals to Newcastle, but thank God the Coles came to Allendale.”

“You’ve got one hell of a happy village here.”

On our beloved show:

“Doctor Who is important; it’s so deep in our psyche; it’s about good and evil.”

And to an 80 year old Gran, rocket scientist, and fan (and incidentally my Mum):

“It’s people like you who make life worth living.”

Yes, forget the wrangles over the latest incarnation – there is something about spending the day with a load of Who fans, happy and honoured to be there, that helps make life worth living.

* Doctor Who and the Sea Dudes, Target novelisation coming soon.

Bodies in the Basement 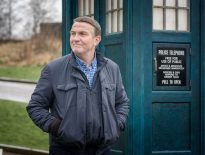 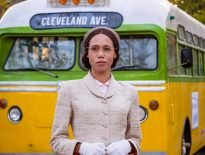