Doctor Who merchandise is a rather complicated topic. On the one hand, it is the exact equivalent of the Three Bear’s sticky porridge; content can be too weak, or too strong, or just a bit bland. Of course, in the spirit of creepy girl thief Goldilocks, most published material prefers that middle ground; bland, inoffensive, and easily digestible. At least, that’s what many fans will say. Other fans, as I recall my dear old pal argue (or was it Goldilocks?), that the saturation of merch devalues the pleasure and ownership; there’s just too much to buy, too much to absorb, and too much to own. As you can see, Goldilocks (or was it Brian?) had issues with merch.

I have less issues. For merch’s noisy cacophony, I wear earplugs, popping them out occasionally to hunt down a product that interests me. So, I’ll be honest, when I heard that the TARDIS Type 40 Instruction Manual was needing a review for the website The Goldilocks Companion (or was it Doctor Who?), I said I’d have a peek.

The TARDIS Type 40 Instruction Manual was written by Richard Atkinson and Mike Tucker, with illustrations by Gavin Rymill. To the knowing Doctor Who observer, all three names have particular franchise relevance. Richard, a Doctor Who Magazine contributor, Mike, best known for his work in Doctor Who’s visual effects, and Gavin, Doctor Who CG illustrator and sculpt master for the Doctor Who 3D figurine collection.

Why should this matter? Because I think it to the final product; all three creators bring a special something in this fictional exploration of TARDISes, and crafted with the knowing fan in mind. So, what is in this book? Well, obviously, it’s all about the TARDIS, but it hangs its knowledge on a fictional framework, and in doing so, weaves contrasting production designs, prop gaffs, and author speculation into a piece of work that seeks to give our favourite time machine a temporal exploration of its own.

The book explores the different aspects of the TARDIS, as a Gallifreyan manual for the time machine owner of a particular type 40. It explores the TARDIS through creative authorship, production images, and beautifully rendered CG illustrations by Rymill. The book reveals the many aspects to the TARDIS: its exterior; its interior; its tools; its history; and even its user’s legacy. It uses case studies of TARDIS related events (we know them as television episodes), and even looks a little further beyond the rickety police box at the TARDIS owned by the Master|Missy, and the Rani.

So, what do I think?

I think it is a book that operates throughout the porridge spectrum. It certainly could be considered a fun flip-through book for the coffee table, thanks to its stylistic blue hardback design, and sumptuous art throughout. Equally, as alluded, the trio of authors bring their knowledge and love for the TARDIS into the depths Doctor Who lore for the knowing TARDIS fan. For those who sit somewhere in the middle, we have many classic TARDIS moments from the show revisited via the many case studies that might just interest someone who enjoys Doctor Who as a show but isn’t perhaps so interested as to how square the windows are. Within, there are some great little justifications for the changes within the show’s designs that make for delightful reading, and none of these rationales feel unjustified; they fit well with evidence presented on screen. Yes, some could argue, loudly in presumably high-nasal tones, if fan stereotypes are assured, that this is silly: that the reason the wording on the police box signs constantly changed was because of production error! Or maybe they would remind fans and authors that the original police box designed for Doctor Who was smaller than a normal Metropolitan police box because of studio sizing rather than because the TARDIS reduced its new plasma shell configuration to fit into a confined space in the junkyard. However, this is the point of the book: the authors are aware of the knowing fan and the scale of their production knowledge. For that type of reader, the book deliberately builds on that TARDIS knowledge, taking the things a fan knows (for example, that the Peter Brachacki police box had smaller dimensions than a real police box to fit studio practices), and then gives a fictional reasoning to justify this discrepancy found between fact and fiction. It’s this approach that makes this book special. It’s a book that beautifully binds production history to diegetic data, pulling classic and nu-Who eras into one believable technical history, but also carries enough broad recounting of the show to interest a less TARDIS focused fan, and beautiful artwork that might interest your aunt as she peruses your stack of books, listing precariously on your coffee table. Any grumbles? Well, few and far between. As the TARDIS focused fan, I wasn’t so keen on the case studies, but I did enjoy the fictional manual. I was surprised how justifications for the console room door interface to the real-world was largely glossed over (simply as the inconsistencies of the TARDIS portal between the box and the console room have rarely been explained), but the differences are briefly referred to. If there was ever a second edition, some of Rymill’s renders of past Doctor Who comic or novel console designs would be wonderful; artist Lee Sullivan’s season 27 layout would be welcome in the book, or maybe the New Adventures Tertiary console room from the novels. These invariably are small quibbles on an excellent book. The book spans from Hartnell to Whittaker, and even has some new information on the latest console (as well as a beautiful render).

It’s a book that I would recommend to all who love the TARDIS. It may look like a simple blue coffee table book, oddly placed in a 1960s junkyard, but open it up, and there’s much, much more.

Doctor Who: TARDIS Type 40 Instruction Manual by Richard Atkinson and Mike Tucker – with illustrations by Gavin Rymill – is available to buy now from Amazon for £11.99

Reviewed: The TARDIS Type 40 I… 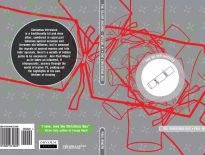 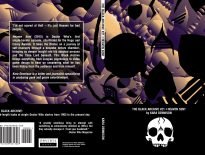