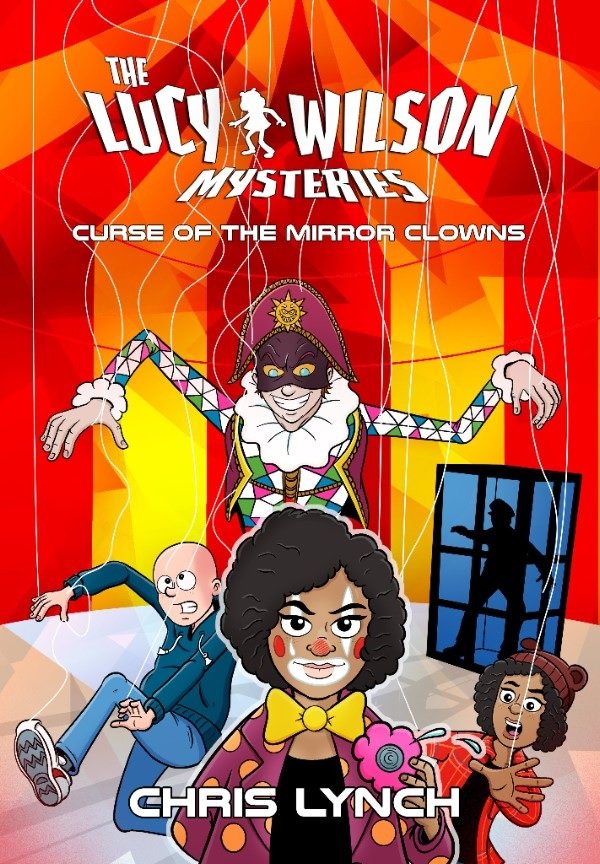 Terry Cooper, writer of Kangazang, will be joining Chris; the pair will be at the cult TV store between 11am and 3pm. Head of publishing at Candy Jar Books, Shaun Russell says:

“There will be a range of books for sale on the day, but we also wanted to provide fans with a chance to ask the authors any questions they may have. Whether they’re about the writing process, the worlds they have created or what their favourite colour is!”

Chris says of Curse of the Mirror Clowns:

“Did you ever think you saw something, just out of the corner of your eye? It happens to me all the time and it freaks me out quite a bit. So, when I got the chance to add my own monster to the Lucy Wilson universe, I knew it had to be a monster that you couldn’t always see. I also wanted it to be a clown because, if there’s something that freaks me out more than things I can’t see then it’s something I can see – clowns. Of course, that’s not all I added – there are plenty of other surprises in there that I hope people will really enjoy. It’s been great fun adding my own strange and spooky elements to Lucy’s world and I hope to back very, very soon.”

The Lucy Wilson Mysteries stars the Brigadier Lethbridge-Stewart’s granddaughter as the titular character, as she carries on his legacy by battling alien menaces to save the world. Here’s the synopsis for Curse of the Mirror Clowns:

The circus is coming to town – and it may never leave.

Lucy Wilson is just about getting used to life in Ogmore-by-Sea. School,homework, friends, and the occasional alien… It’s not easy being the new girl in town but, with the help of her steadfast companion Hobo, she’s making it work.

But when a mysterious circus opens for one night only, the town suddenly finds itself overrun with invisible clowns and the gang are faced with their biggest mystery yet – the disappearance of Lucy Wilson herself.

Thankfully, they’ve got help – a mysterious stranger from another world with a special box that moves in time and space.

Illustrator and fellow author, Terry Cooper, often found impersonating Captain Jack Sparrow all over South Wales, is author of the science fiction trilogy Kangazang!, the third installment of which was recently launched at the Cardiff Film and Comic Con. He will be at Heroes, Aliens, Monsters, Comics, signing copies of the book and CD (voiced by the Sixth Doctor, Colin Baker).

The final instalment of the trilogy, Kangazang! Small Cosmos continues the adventures of Jeff and Ray as they find half of the galaxy has been taken over by a militaristic army of peanuts. Meanwhile, Jeff’s newborn baby, a highly advanced cyborg, is growing exponentially with terrifying potential. And Marta Vina, the galaxy’s top secret agent is sent on her most important mission of all…

Open to all ages, the book launch is a one-time only event that you won’t want to miss!

If you can’t get to the event, head over to Candy Jar to get your copies of Curse of the Mirror Clowns and Kangazang! Small Cosmos.

One-Day Only: The Lucy Wilson … 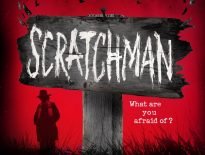 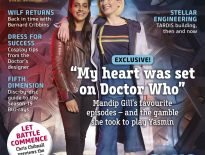 Merchandise Out Now: Doctor Who Magazine #532
0