Peter Purves, who played Steven Taylor opposite William Hartnell’s First Doctor, has revealed that he’s part of a project undertaken by The University of Central Lancashire (UCLan) to recreate the missing episode, Mission to the Unknown.

Shooting the episode began this morning, and is expected to stretch across three days. Purves is joined by Nick Briggs as the Daleks, and Edward de Souza, who played Space Security Agent Marc Cory in the original 1965 story.

Mission to the Unknown is a one-part prelude to The Daleks’ Master Plan, and has the distinction of being the only Doctor Who not to feature the Doctor or his companions, making this a good fit for a remake. Only the soundtrack survives.

“It is hoped the BBC will release it on DVD… It is being made as authentically as possible. The cameras are slightly later, but no zoom shots, only tracking and fixed size shots. Edward de Souza and I are involved in a filmed Q & A.”

It’s great that there’s such a focus on this era of Doctor Who right now; not only is there talk of further missing episodes existing, but The Daleks’ Master Plan is being reappraised as the soundtrack is released on vinyl at the start of March 2019.

Stay tuned to the DWC because we’ll keep you updated on what happens with the UCLan project.

Will a Remake of Missing Episo… 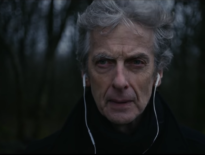 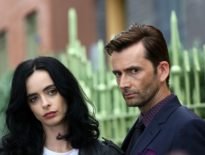 News Is David Tennant Returning for the Final Season of…
0