We keep telling the BBC that there’s no such thing as Macra, but will they listen?! And now, they’ve done the inexcusable and animated four episodes of Classic Doctor Who and released them on DVD, Blu-ray, and as a steelbook, and called it The Macra Terror! I mean, really.

Originally broadcast weekly from 11th March to 1st April 1967, and starring Patrick Troughton, Anneke Wills, Michael Craze, and Frazer Hines, no full episodes of this serial are known to have survived on film. Fortunately, the soundtrack exists, and a fantastic team has matched this to new animation. Anneke Wills says:

“Back in 1967 “There’s no such thing as Macra!” was the cry; and for many years after there was no such thing as “The Macra Terror”. Now, thanks to the magic of animation, we can see the story come to life again. I can’t wait to see this adventure and how gratifying to have a little more of Ben and Polly’s time with the Doctor available to be seen by new generations.”

The Blu-ray, DVD, and steelbook editions include these Special Features:

Of course, if animation isn’t your style, you can enjoy The Macra Terror through other means.

The Macra Terror is out now on DVD, Blu-ray, and collector’s edition steelbook.

Out Now: The Macra Terror Anim… 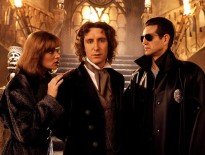 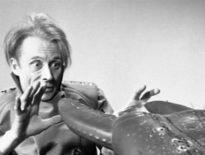 Merchandise Not Buying the Animation? Five Ways You Can Still …
0