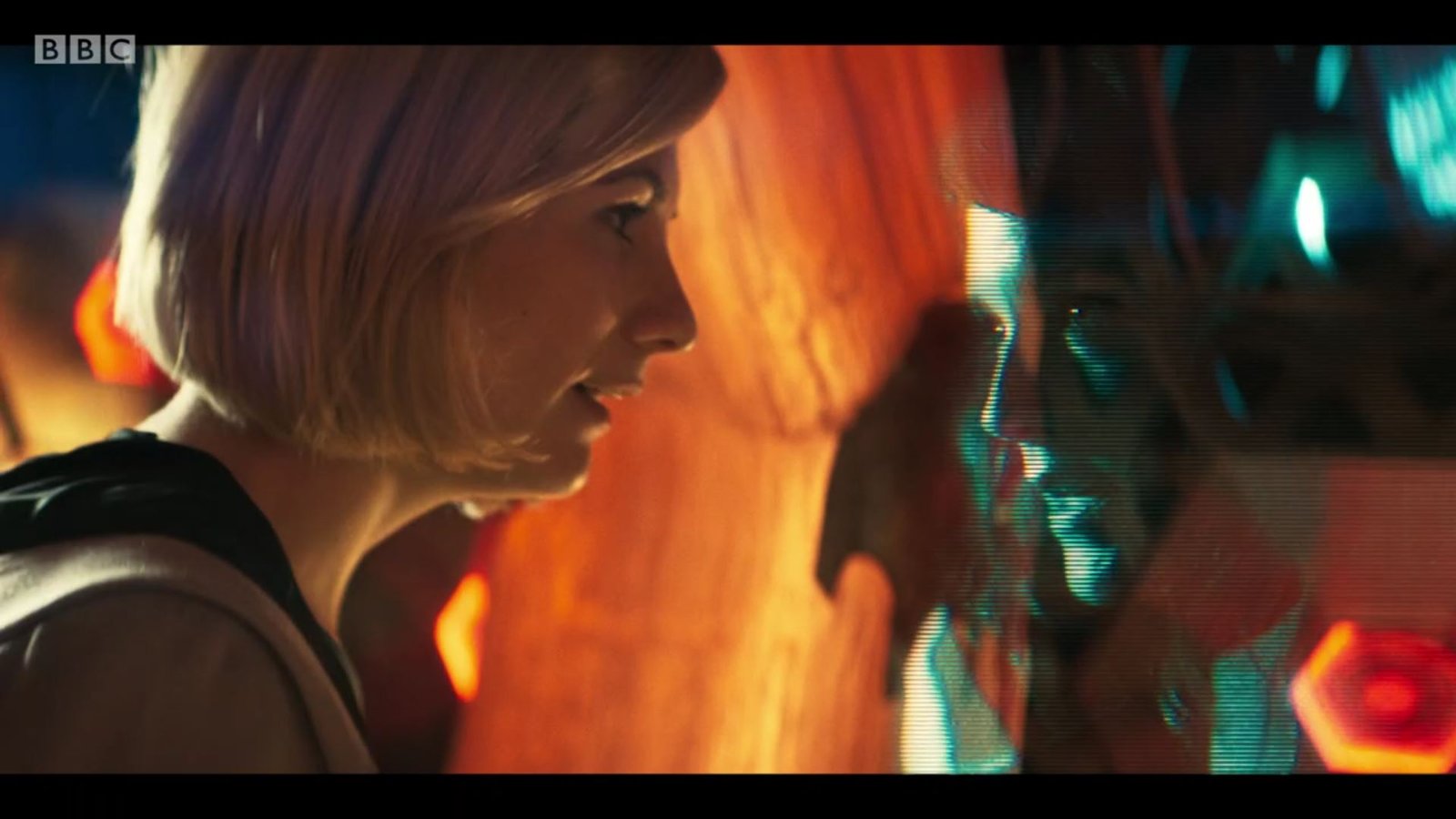 Charlotte Richie has been talking about her recent appearance with an unusual co-star: a shelled Dalek.

Charlotte played Lin in the New Year’s Day spectacular, Resolution. In it, the TARDIS team are back on Earth and meet archaeologist Lin and her colleague, Mitch. They’re working under Sheffield Town Hall when Lin spots something gruesome on the wall. In short order, the in-thrall Lin finds herself carting a Dalek mutant backpack (surely to be a sought-after collectible) across South Yorkshire while the Doctor pursues. As Charlotte told Den of Geek:

“[The Dalek] was connected to me with a weighted harness that was strapped around my belly and over my shoulders, like a backpack. It had some arms that were pinned to me and two animatronic arms that would wiggle around in my face. They were controlled by remote-control, a bit like a joystick and that was really cool.”

What was less cool, Charlotte reveals, was that the animatronic prosthetic apparently ‘stank’ (no jokes about the script from the back, please).

As well as acting, Charlotte is also a singer songwriter and a member of the classic crossover band, All Angels. On TV, she’s appeared as Oregan in the Channel Four comedy, Fresh Meat, BBC 1’s Call the Midwife, the BBC 3 sitcom, Siblings, and she was an extra in Harry Potter and Goblet of Fire. Who trivia fans will want to know that, in 2004, she starred in the short film The Open Doors with Michael Sheen who would go on to voice House in the Series 6 episode, The Doctor’s Wife. Currently, Charlotte is promoting Dead Pixels, a new comedy from the writer of Peep Show about a fictional online role-playing game.

Says Charlotte of her time on Who, “I actually really enjoyed it. I so rarely really enjoy things when I’m in them… it was just so fun.” 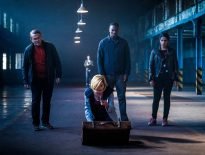 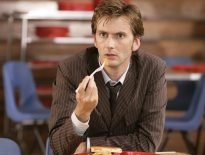 News David Tennant: “For A Couple of Days, I Turn…
0