Doctor Who‘s first director, the legendary Waris Hussein is attending a special event in Liverpool on the 30th June 2019, which will include screenings, commentaries, and a meet-and-greet with the man himself.

The event, which is being hosted in Liverpool’s Videodyssey, will celebrate the work of the much loved director and will also include an exclusive screening of Love Letters On Blue Peter, which aired in 1976 and was directed by Hussein; it starred Patrick Troughton (Second Doctor) and hasn’t been aired since 1976! The organisers were rightly excited about getting their hands on the footage: Hussein describes it as, “The best piece of TV I ever made!” With a recommendation like that, it’s an event not to be missed. (Mind you, we reckon Marco Polo would give it a run for its money.)

Also being screened alongside Love Letters on Blue Peter is the 2013 drama, An Adventure in Space and Time, which was made to celebrate the creation of Doctor Who for the 50th anniversary. Hussein played a big part in that, being played brilliantly by Sacha Dhawan alongside Jessica Raine as Verity Lambert and Brian Cox as Sydney Newman, all of whom came up with the concept of the greatest show in the galaxy.

During the screening of this special event, there will be a chance to watch it with a live commentary as well as the original episode, with an opportunity to text your questions to Hussein who will answer them in the commentary.

There can be no doubt that An Unearthly Child is one of the most important pieces of British television ever produced.

After the screenings, Waris will be on hand to sign merchandise and meet fans. Buying a ticket comes with a signed item of your own, but further autographs can be purchased at the event.

“Waris is a both a legendary talent and a lovely man… This is a unique chance to watch some stand out pieces of film and TV from Waris’ career and meet a living legend.”

It promises to be a fantastic event and one not to be missed by Doctor Who fans; we have a lot to thank Waris for, so let’s make sure we do just that. After all, he helped create the template that ensured the show’s continued success for 56 years.

Tickets can be purchased from Fatsoma.com and cost £12. And for tickets that cheap, there is no excuse to miss it. 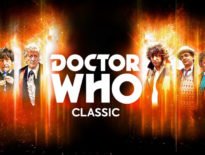 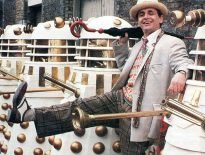 News Meet Ben Aaronovitch at River of London Signing in…
0