The BBC has unveiled new character portraits of the Doctors – all 14 of them, including John Hurt’s War Doctor – for the San Diego Comic Con 2019.

Illustrated by Jeremy Enecio, the pictures are based on famous photos, mainly publicity shots but also screengrabs. These include images from stories like The Time Warrior, Bad Wolf/ The Parting of the Ways, and Dinosaurs on a Spaceship. Non-Existent Brownie Points to be given out to any DWC readers who can correctly identify the source serials the images are based on.

Each Doctor can be used as a phone screensaver too; BBC America is updating its Twitter feed with each illustration.

Here’s the illustration in full:

Any favourites? Personally, I think the Patrick Troughton, Tom Baker, Peter Davison, and Matt Smith ones are especially well done, and indicative of their personalities.

Meanwhile, you can look at what’s going on at the San Diego Comic Con.

New Portraits of the Doctors R… 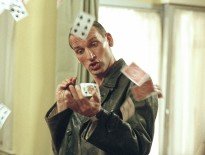 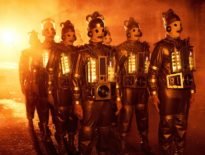 News Will the Cybermen Return for Doctor Who Series 12?…
0