Former Doctor Who companion, Karen Gillan enjoys the fourth most screentime in the highest-grossing film ever, Avengers: Endgame, the penultimate movie in Phase 3 of the Marvel Cinematic Universe (MCU).

Gillan plays Nebula, daughter of core antagonist, Thanos, a part she first took on in Guardians of the Galaxy and which she returned to for its sequel and last year’s Avengers: Infinity War. Now, Endgame has overtaken Avatar to become the top box office movie of all time, raking in an incredible $2.7902 billion (£2.23bn).

While some have criticised this because Endgame achieved this total after being re-released in cinemas; however, Avatar took its $2.7897bn across some 238 days. Endgame took 87 days to reach its total. It’s an incredible thing.

Similarly incredible is how Marvel dominates the Top 10 list of highest-grossing movies: alongside Endgame, there’s Black Panther (#10), Avengers: Age of Ultron (#9), Avengers Assemble (#7), and Avengers: Infinity War (#5). As a Marvel fan since the age of 3, who saw a time when comics weren’t popular and anyone who liked them was thought of as a nerd, it’s mind-blowing to see how my first love has won over the world.

It’s also great to see one of my favourite actresses, Karen Gillan, in such a high-profile role. As Nebula, she enjoys the fourth most screentime at 41 minutes. She’s only behind the “Big Three”, i.e. Thor (Chris Hemsworth) at #3 with 45 minutes on screen; Iron Man (Robert Downey Jr.) with 1 hour and 2 minutes; and Captain America (Chris Evans), whose 1 hour and 6 minutes on screen puts him at #1.

Avengers: Endgame is out on DVD and Blu-ray in the UK on 2nd September 2019. 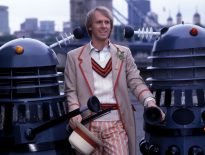 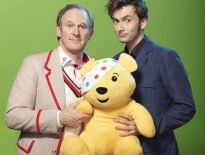