For some time, the Doctor Who Companion has promised readers a project that caters for fans of all eras. This week, that project will launch. So what exactly is it? How long will it run for? And what’s with the hold-up?

Throughout the rest of the year, we’ll be publishing reviews of every single season of Doctor Who, all the way from Season 1 (1963- 64), starring William Hartnell’s First Doctor, to Series 11 (2018- 19), with Jodie Whittaker’s Thirteenth Doctor.

Each review will cover a full season – yes, even those seasons split between numerous Doctors. Season 21, for example, consists of the Fifth Doctor serials, Warriors of the Deep, The Awakening, Frontios, Resurrection of the Daleks, Planet of Fire, and The Caves of Androzani, and the Sixth Doctor’s debut adventure, The Twin Dilemma. We’ll be covering every in-canon story.

Needless to say, it’s a huge project, and it’s taken a lot of dedicated writers a great number of hours to do. We’ve not got all our contributors writing for the project this time, but we do have a good number – meaning there’s a wide range of views. Some you’ll agree with; others you won’t.

Here’s what you need to know…

How frequently will these reviews be published?

The aim is that we publish two a week.

That’s one on Wednesdays and one on Sundays.

It’ll mean the project is over by 2020, when we should see Series 12 (which we’d review episode-by-episode, as standard – something we’ve done since The Return of Doctor Mysterio). Yes, we’ll be covering serials we’ve already reviewed, albeit in retrospectives about the whole run of episodes.

Yes, we’re being optimistic here, but we’ve got a lot of reviews in already that aren’t due, for example, until November. Let’s stay hopeful. But you’ll have to forgive any potential delays, pretty please. There’s plenty that could hold us up, all of which we’re not hoping for. The site could go down. Articles could be lost. The Earth could be sucked into a black hole.

Big news could hold us up too. If sudden departures or arrivals are announced, our focus will obviously have to be on that. Nonetheless, the plan is to carry on regardless. Wish us luck.

Are the reviews chronological?

Yes. We’re starting with Season 1, and covering all 13 Doctors (plus the War Doctor).

Wait, these reviews are going to be lllllloooong, right?

Oh yes. We want to do each serial justice, meaning I set a lower word count – but no upper word limit.

We won’t be surprised to see some folk commenting “TL;DR” (Too Long; Didn’t Read), but we’re fine with that.

These are supposed to be handy resources for the future. It’ll mean that the DWC has, despite only existing since 2016, reviewed every TV serial. Want to know about The Space Pirates, Delta and the Bannermen, or Fear Her? We’ve got you covered.

We hope you set some time aside and digest them, but we know that won’t always be possible.

Naturally, they’re all different lengths anyway because the lengths of seasons are so different. We’re sure there will still be plenty to enjoy.

How can you get involved?

These exist to get discussions going. So take to the comments sections and talk about the serials!

Remember to be polite and respectful. Just be yourselves.

Of course, if you feel like sharing any reviews on social media, that also helps – the more people we can reach, the healthier the DWC is, and the more feedback we can get.

Why’s this taken so long?

Yep, we’ve been teasing this for some time, and we were due to get things moving earlier than this, but life happens. It gets in the way, and schedules don’t line up. We all have a universe of our own to face.

And if there’s one person holding us up more than anyone, it’s that damned Philip Bates. Honestly, he’s always prodding reviewers for pieces that aren’t due for another month, despite the fact he’s running so so so far behind himself.

Will this affect the other features on the site?

We’ll still be bringing you all the latest news, reviews (of other stuff, not TV stories), and features. It’s business as usual – but we’re adding some extra-lengthy season reviews to the mix.

What won’t be covered?

The reviews only cover in-canon stories that have been broadcast on BBC1. That excludes shorts and charity specials like the TARDISodes and The Curse of Fatal Death.

Saying that, we do have some surprises in store.

What else can we expect?

We’ve not told anyone how to format their reviews, so they’re all different. Some only slightly, some vary widely. We’re rather proud of having so many wonderful writers on the site, with varying views and styles, so we’re going to show that off.

I’m not highlighting anyone’s work in particular, because I’m so happy with everything I’ve seen so far.

When does this start?

This Wednesday (that’s 31st July 2019), and continues every Wednesday and Sunday. Watch us run.

Thanks for your continued support. We hope you enjoy this mad little project.

The Doctor Who Companion’… 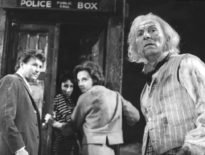 Doctor Who on TV Reviewed Reviewed: Doctor Who Season 1 – A Mild Curiosity… 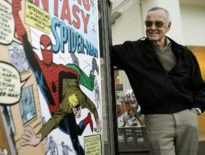 Editorial A Personal Tribute to Stan “The Man” L…
0