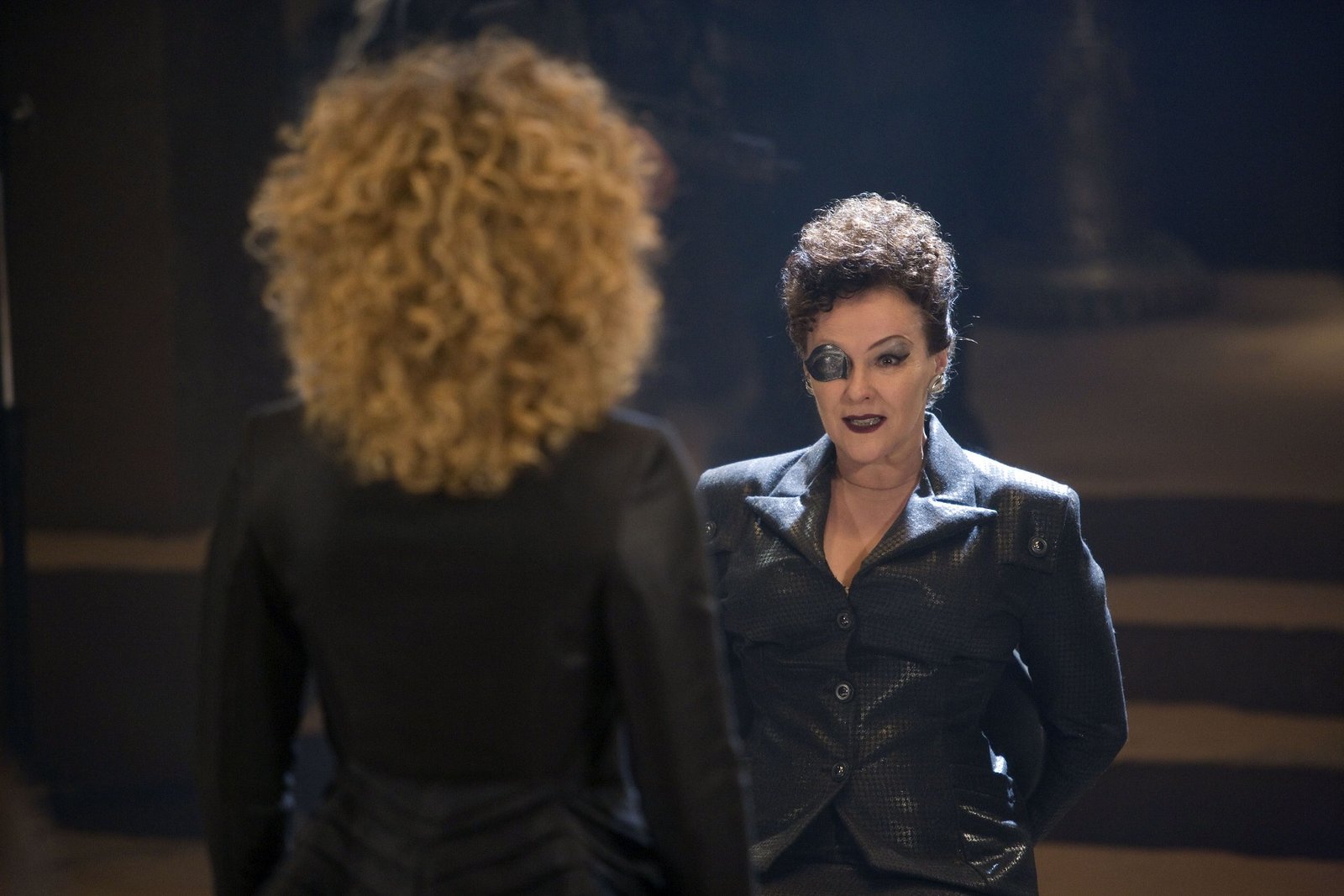 Frances Barber, who played Madame Kovarian in Doctor Who Series 6, has enthused about her time on the show – and revealed the one prop she was allowed to take away after filming had been completed.

And no, it probably won’t surprise you. After all, Kovarian was originally credited as the “Eye Patch Lady”.

When asked how she felt about her time on Doctor Who, she said:

“Absolutely loved it. I was lucky enough to work with Matt Smith, who was the perfect Doctor. He’s got one of those extraordinary faces that can either be 20 or 200. I’ve still got Madame Kovarian’s eyepatch. They gave it to me as a memento.”

Kovarian was first seen in Day of the Moon (2011), albeit briefly, then popped up in a few subsequent episodes before posing a threat in A Good Man Goes to War and The Wedding of River Song.

Frances returned to the role for Big Finish’s Diary of River Song: Series 3.

In the interview, Barber also spoke about privilege in the acting world, a topic Doctor Who fans will recall Ninth Doctor actor, Christopher Eccleston, highlighting in the past. Barber said:

“You could get student grants in my day; without those I’d never have been able to become an actor. We need to hear working-class voices and see diverse characters. I get letters all the time from drama students asking for help and I do as much as I can. It’s beholden on us because otherwise, how will new talent come through?” News Is Matt Smith Playing the Villain in Doctor Strang… News Could a Doctor Who or Torchwood Movie Starring Dav…
0