It’s (almost) confirmed that Doctor Who won’t be getting a Christmas special this year – and that confirmation comes from an unlikely source: Titan Comics. In the solicitations for the publisher’s upcoming festive issues, Titan states that there’s no Christmas episode in 2019.

This goes against rumours that the BBC had specifically asked new showrunner, Chris Chibnall to make an episode to air on Christmas Day, but correlates with the official Beeb line that Doctor Who would only return in “early 2020”. It’s sure to be a big disappointment for fans as the sole story to air in 2019 was the New Year’s Day hour-long instalment, Resolution.

The solicitation in full reads:

Doctor Who: The Thirteenth Doctor Holiday Special #1 (of 2)

There’s no BBC Christmas Special this year – so we’re bringing the fans what they want, in comic form! Can the Doctor save Christmas? Is Santa a myth, a man, or a Time Lord? Are chimneys bigger on the inside?!

Cover A: Claudia Caranfa
Cover B: Photo (Will Brooks)

Of course, Titan might just be going by the statement from the BBC, and Chibbers and co. could still surprise us with a neatly-wrapped gift waiting under the Spruce. I guess we’ll see.

For now, though, it’s probably best (and accurate) to assume we won’t see the Doctor again until next year.

No Doctor Who Christmas Specia… 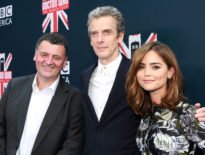 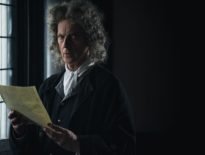