Sharon Bidwell returns to the Lethbridge-Stewart novels later this month, with The Shadowman, the second book in the seventh series in the range from Candy Jar Books. The Shadowman is set in an alternative 1978, and serves as a sequel to Sharon’s previous instalment, A Very Private Haunting.

The second novel in the Bloodlines sequence picks up a thread left over from that novel, set in a world where Lethbridge-Stewart never took part in the London Event, and was never involved in the creation of UNIT. Instead, it’s a world where Anne Travers became a founding member of that august taskforce. It also features a new version of her husband, Bill Bishop, as they head to France to celebrate their wedding anniversary.

Sharon Bidwell is no stranger to the worlds of Doctor Who, having contributed short stories to the Lethbridge-Stewart franchise, and having written the upcoming audio adventure, Short Trips: The Infinite Today, available in January 2020 from Big Finish.

“I take Sharon wherever I go. She’s worked with me on many projects now, so it was inevitable when I heard that Big Finish were looking for more female authors, that I would put her name forward. I’ve read her story, had some input, and it’s going to be a lot of fun for fans of Jo Grant and the Eleventh Doctor. In terms of The Shadowman, Sharon sent it to me some time ago, at which point it wasn’t part of any particular novel sequence, but rather a continuation of the ongoing narrative began in 2015. But once the Bloodlines concept was developed, it seemed to me that Sharon’s story was a perfect fit, with a few continuity tweaks here and there to place it in an alternative reality in which the events of A Very Private Haunting still happened – more or less as featured in that novel.”

“Some stories feel unfinished. When I wrote A Very Private Haunting, I left a few threads I was unsure I would ever pick up again. I already had the title of the book long figured out together with my basic idea when asked to write another novel in the range. My book, to once again feature Anne Travers, couldn’t have come together more perfectly, though with consequences I never imagined at the beginning. The Shadowman features a returning character from A Very Private Haunting, which allowed me to play with someone who comes across as a thoroughly nasty character, though I see a greater depth to him. I’m a multi-genre writer, though I tend to gravitate back to what I call dark fiction, and there’s definitely darkness in The Shadowman. I’m finishing some lighter projects at present intending to work on my first horror novel in the new year after completing some preliminary notes and research, so going through The Shadowman again recently has been very useful in that regard.”

The cover is by a new artist to the Lethbridge-Stewart range, Paul Cowan.

“Joining the team at Candy Jar is quite literally a dream come true. I get to illustrate stories featuring much-loved characters from my childhood. I have the honour of seeing my work adorn the covers of some quite wonderful stories by a very talented team of writers, many of whose works line the bookshelves in my studio. I get to join a list of hugely talented artists I admire and who have been major influences on my life and work. But best of all, I get to finally work with my friend, something that’s been long overdue.”

“I’ve known Paul for 30 years. He’s a great artist with a flair for almost any style. He is particularly well-known for his beautifully illustrated trading cards and TV tie-in comic strips. When the opportunity for him to do a cover came up, I could think of no one better to tackle the Shadowman.”

“With the cover to The Shadowman, I wanted to evoke the feeling of 1970s Doctor Who. I knew I wanted to homage the Pertwee years, so the illustration of Anne Travers was very much based on the character of Section Leader Shaw from Inferno, whilst the background should be instantly recognisable to any true Doctor Who fan. The Shadowman himself is actually straight out of one of my own nightmares and when Shaun described the character to me, I knew immediately how he should appear. I used pen and ink with a base wash of alcohol marker, embellished with coloured polychromous pencils and white ink for highlights. I then added lighting effects in Paint Shop Pro, which is my go-to software of choice. It’s a relatively new style for me and something I’m still trying to perfect.”

Paul, who has MS, is raising money for the Multiple Sclerosis Society. If you visit his fundraising page and donate £5, your name will go into a hat and the winner, chosen at random, will get a hand-drawn A4 portrait of your chosen subject. This can be a friend, relative, child, pet, favourite animal, or celebrity. If you donate £15 (or equivalent) or more, then Paul will draw you an A4 portrait of your choice.

Here’s the blurb for The Shadowman:

A new reality has been created by the temporal disruption ripping through the causal nexus. Welcome to 1978… with a difference.

Anne Travers, co-founder of UNIT, and her husband, Bill, are celebrating their wedding anniversary in France, which is the perfect opportunity for Anne to catch-up with an old friend; Madeleine Bonnaire.

At the institute owned by Madeleine’s father, one professor is more interested in his own project than any work for which Bonnaire has hired him. His need for secrecy and his attitude irritates his assistant, Paul Larousse, who would prefer to dwell on his feelings for Madeleine. Meanwhile, Victor Bonnaire is not at all happy to hear of Anne’s visit, not least of all because he’s always viewed Anne as a bad influence on his daughter.

What seems like a simple case of familial friction takes a bleak turn when a local unknown threat makes the news. Suspicion abounds and throws Anne and Bill into an unexpected mystery. What is the strange threat, and does it present a direct danger to anybody at the institute? Or to those who ask too many questions? Unable to walk away from her friend, Anne has no option but to investigate, little knowing she’s about to face the darkest shadow of her life so far.

The Shadowman is due out at the end of October 2019, and can be pre-ordered now on its own, in the Bloodlines bundle, or as part of a subscription.

Travel to an Alternative Unive… 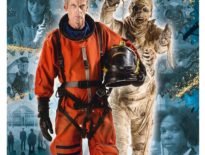 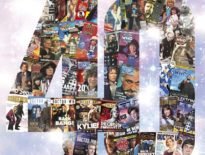 Merchandise Out Now: Celebrate 40 Years of Doctor Who Magazine…
0