Fury from the Deep will be the next missing Doctor Who story to be animated for release on DVD, Blu-ray, and steelbook. It will be available in 2020, following the previously-announced animation of The Faceless Ones.

The 6-part serial, the last to feature Victoria Waterfield (Deborah Watling) is the missing sixth serial of Doctor Who Season 5, first broadcast in March to April 1968. Starring Patrick Troughton as the Second Doctor, the story concerns a colony of sentient, parasitic seaweed, last seen in the 18th Century, returning to attack a number of gas instillations in the North Sea in an attempt to take over humanity.

No full episodes of this story exist within the BBC archives, and only snippets of footage and still images are still around to represent the story. However, off-air recordings of the soundtrack do exist, thanks to dedicated fans at the time, making the animation of a complete serial possible once again.

The six new animated episodes (announced at this weekend’s London MCM Comic Con) will be in full colour, in the original black and white, and in high definition. The release will include the surviving clips from the original 1968 production. It also stars Frazer Hines as Jamie McCrimmon, and is written by Victor Pemberton.

It’s the first story to include the sonic screwdriver. In our exclusive interview with Pemberton, he said:

“Nothing influenced [the sonic screwdriver]. I sit down to write something and I have the prerogative to write whatever comes into my head. In Fury from the Deep, he goes up to this pipeline—and he puts on a doctor’s stethoscope and he listens to the pipeline and hears something in there. That’s when he gets out what the script says is: “Some device of mine. Neat isn’t it?” He takes this thing out—it was nothing more than a battery light—and he opens the valve with it. That seemed to be to be better than just getting a screwdriver—and that would’ve taken time anyway.”

Doctor Who: Fury from the Deep will be released on DVD, Blu-ray, and special edition Steelbook in 2020… 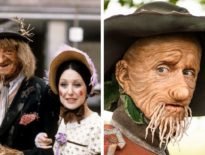 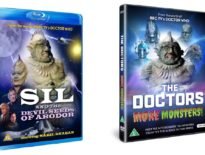