It seems that the third episode of Doctor Who Series 12 is called Orphan 55 and will be written by Ed Hime. The scribe gave us It Takes You Away, the surreal tale of a frog on a chair (okay, it was more complicated than that), for last year’s Series 11.

What’s more, we’ve now got a synopsis for the serial:

Having decided that everyone could do with a holiday, the Doctor takes Graham, Yasmin, and Ryan to a luxury resort for a spot of rest and relaxation. However, they discover the place where they are having a break is hiding a number of deadly secrets. What are the ferocious monsters that are attacking Tranquility Spa?

In addition to Jodie Whittaker, Mandip Gill, Tosin Cole, and Bradley Walsh, Orphan 55 is set to guest star Laura Fraser (apparently as Kane) and James Buckley as Nevi. We’d hazard a guess that the title is an allusion to the Tom Rob Smith book, Child 44, though that’s pure supposition.

The episode is directed by Lee Haven Jones, and was partly filmed in Tenerife, as was the preceding story, Spyfall. 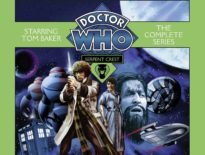 News Listen to Doctor Who: Serpent Crest for Free Over … 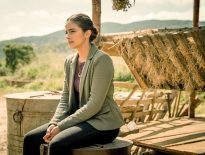 News What Was Mandip Gill’s Favourite Story of Do…
0