Having already met two historical figures in Doctor Who Series 12 – Ada Lovelace and Noor Inayat Khan, both in Spyfall, Part 2 – the season continues to get those famous faces from the past in, with Nikola Tesla and Thomas Edison, played by Goran Višnjić and Robert Glenister respectively, in Nikola Tesla’s Night of Terror.

And this is the first episode of the run to be written and directed to newcomers to Doctor Who, Nina Metivier and Nida Manzoor. So what did you make of it? Electrifyingly good? Or did it leave you incandescent with rage? Yep, it’s poll time!

Voted? Leave your further comments on the episode in the comments section below. Would you like to see more from Metivier and/or Manzoor? Are you itching to learn more about Tesla? And how did it compare with The Caves of Androzani, Robert Glenister’s previous Doctor Who? 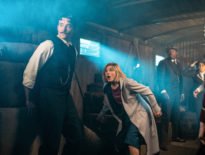 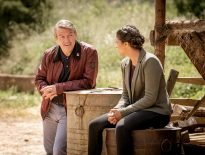 News Bradley Walsh: “Doctor Who is a Lifelong Amb…
0