Jodie Whittaker has confirmed that she’ll play the Thirteenth Doctor for at least another season – appropriately Doctor Who Series 13, which we expect to air sometime in 2021 (though that’s pure supposition right now). Of course, we don’t know who else is staying on.

Whittaker was asked about her future on the programme and replied:

“I’m doing another season. “That might be a massive exclusive that I’m not supposed to say, but it’s unhelpful for me to say [I don’t know] because it would be a massive lie!”

“I absolutely adore it. At some point, these shoes are going to be handed on, but it’s not yet. I’m clinging on tight!”

Whittaker’s Doctor debuted at the end of Twice Upon A Time and, with this confirmation, will play the character for at least three series. That’s generally been the average for actors playing the Doctor – Patrick Troughton apparently even advised Fifth Doctor, Peter Davison to only stay on the show for three seasons, lest he suffer from typecasting. David Tennant, Matt Smith, and Peter Capaldi all stayed for three series, plus additional specials. However, their series ran for longer than Whittaker’s so perhaps she’ll remain in the role for longer than the average.

We don’t know whether Mandip Gill, Tosin Cole, and Bradley Walsh – companions, Yaz Khan, Ryan Sinclair, and Graham O’Brien respectively – will continue past Series 12; we do, however, know that showrunner, Chris Chibnall is planning for Series 13 right now.

Jodie Whittaker Is Staying on … 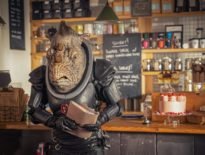 News Cybermen, Judoon, and New Foes in the Doctor Who S… 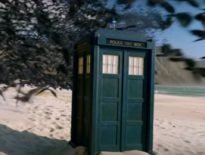 News Synopsis and Guest Cast Revealed for Doctor Who: P…
0