Jodie Whittaker has been talking about her recent experience of playing the Doctor, the difference between Series 11 and 12, and those inevitable questions about how she plays Thirteen ‘as a woman’.

The pressure of taking on one of the most high-profile roles in British TV would be a lot for any actor and many of Whittaker’s predecessors have spoken about their doubts about accepting the role and the impact doing so had on their lives. But, for Whittaker, there was a pressure that none of the chaps before her had to face: the fear that they would be treated as a representative of their entire gender.

We will have all had incredibly similar feelings about it. But what was an added fear for me was the slight projection that I represented all actresses… When David got the part or Matt got the part, it was solely on them as an individual and how they did. Whereas I felt like if I’ve made choices that people don’t like, I could potentially hold women back.

Whittaker is also aware of what the series means to people and has done for decades; the sheer scope of the investment many fans have in it, but also the demands of always finding a new audience:

… you have the joy of having 13 of us to dip in and out of and like those moments. And to be somebody’s first Doctor is extraordinary. I think that’s the thing that’s so exciting. But then to be someone’s potentially 13th, who’s been with it for so long, is wonderful.

Inevitably, during Series 11 the issue of the Doctor’s gender emerged in the stories themselves, but this happened through other people’s reactions to the Doctor rather than by making it a theme of the season:

It’s other people’s responses to us that highlight our gender. In the witches episode, [I’m] bounding in and nobody believes I could possibly be the Witchfinder General. It must be [the character] Graham because this period of time she wouldn’t be. It’s always highlighted in other people’s responses. That’s why it was never going to be the overarching theme of the season. But to deny it in moments in history would be to misunderstand that as well in its power.

Whittaker also talks about the change in her own attitude between Series 11 and 12. In her first series, her focus was very much on whether she was doing it right and showing as much depth and variety in the character as possible, while knowing that she had a whole series in which to do so. She also perhaps nods to the complaints of some fans that they didn’t see all the aspects of the Doctor that they have grown accustomed to in previous years:

The genius and wonder of this role is that you never know in what direction it’s going to go and you don’t know what that’s going to reveal in yourself as an actor, as the character. That what people may feel like they didn’t see last season, they may see this season.

Ultimately, however, whatever the demands of the show and the opinions of the fans, Whittaker seems practical and philosophical about the limits of what she can do in the role.

You can’t be everything for everyone, but I’m playing it and doing it in the way I want to do it and feel like this Doctor is.

Doctor Who Series 12 continues this Sunday with Praxeus. 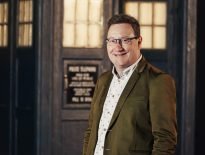 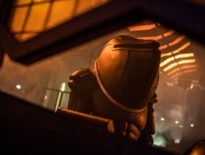 News What Did You Think of Doctor Who: Fugitive of the …
0