Gallifrey and The Last of the Time Lords

Yeah, I know. I’m still living in the quake of the cognitive dissonance caused by trying to surmise my feelings about Series 3 climactic double-header The Sound of Drum/The Last of the Time Lords. Sure the quake is now almost imperceptible, the aftershocks have long since quietened to a steady thrum –  the occasional tremor may shake me now and again every time I accidentally hear a Scissor Sister song, but, for the most part, I’ve stopped trying to make desperate ends meet in this maddening, occasionally brilliant, mostly confounding finale.
Rarely has Doctor Who ever lived up to its promise of absolutely anything on a weekly basis than Series 3. Anyone looking to create a consistent evaluating critical consensus from the concept-stretching likes of Human Nature/The Family of Blood, Blink, 42 and Utopia, would struggle because each episode does something different with the one consistent element of the show, the Doctor.
So throw in a two-header that’s largely indifferent in maintaining tone scene to scene, let alone episode to episode, and, it’s rarely been more difficult to build a critical response to it. The Sound of Drums is largely indifferent to the story it’s trying to tell; it’s so big it’s practically operatic.
The anti-climax following the absolutely stunning conclusion to Utopia is the first fumbled step, the Harold Saxon arc is dumped as soon as the Master (John Simm) murders the cabinet – that’s not to mention the mysterious woman from 42 who recruits Francine and Clive Jones, who just, well, disappears. Then there’s Tish’s job as the Prime Ministers assistant which seems to be heading towards a straight forward choice between her charismatic boss and Martha and her skinny friend, but, nope, she’s arrested the second the plan is exposed.
This episode eats story. 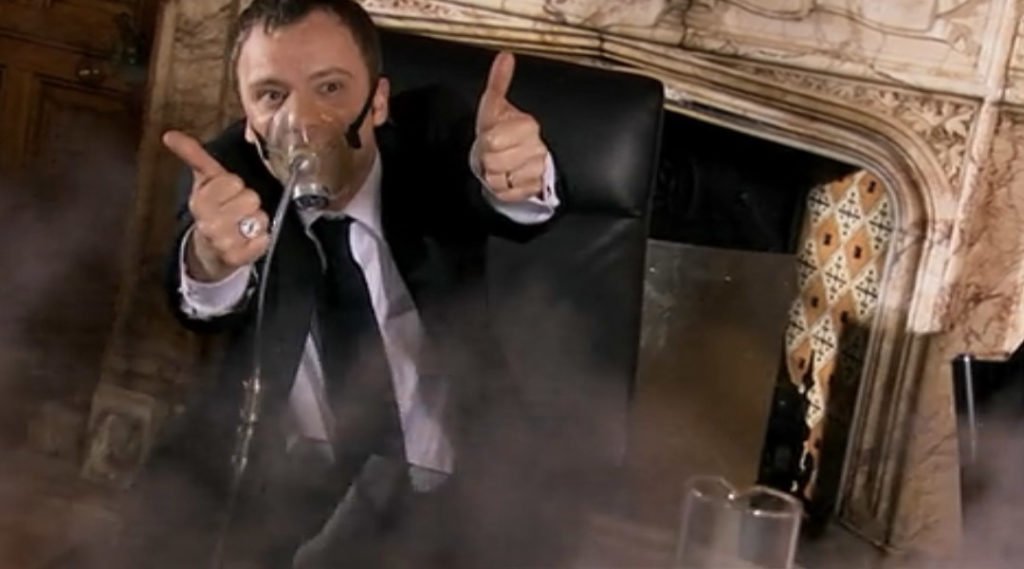 However, at its heart, in and amongst the ten minute intervals where the story changes up, we get the Master’s most targeted attack against everything the Doctor stands for, and it all begins with Gallifrey.
The episode gives us our first glimpse of Gallifrey since The Five Doctors and, more importantly, our first look at the Master’s and the Doctor’s respective childhoods. It’s on Gallifrey, which looks exactly how Susan described it in The Sensorites all those years ago, where the fundamental difference between each character began.
The Doctor may be ‘100% rebel Time Lord’ but it comes with a strong standing in exactly where he comes from – he may have run away but he knew what he was running from. The Master on the other hand, had nothing but contempt for his elders ever since he gazed into the untempered schism, and someone went all Meg White in his head. He was wounded and looking to exact the same punishment on others.
It’s a fundamental storytelling trait that the hero stands for something and the villain stands in opposition. Where that dichotomy is formed is important; the battle may spread across the universe but the terms are made at the site of that first conflict.
So gradually, as each of the apparent weaknesses in the Master’s scheme are revealed to be nothing more than decoys and traps designed to be trip in a fairly obvious way – the Master barely bothers concealing his scheme at all – it’s oddly exhilarating to get a villain whose indifference to hiding his plan is just to ensure the Doctor’s ultimate downfall.
It’s one thing to come up with a grand scheme that takes the Doctor 45 mins to solve but it’s entirely another to set a trap designed to break the Doctor and what he believes in – the very essence of character first forged on Gallifrey.
Let’s just run off a checklist of what his ‘masterpiece’ was (God, that was painful to type, let alone recall):

This isn’t Davros naming him as a destroyer of species; this is as calculated a character assassination that the Doctor has ever faced. It makes previous ill-defined plans to wipe us all out seem rather paltry. In this scenario, we hardly matter at all. 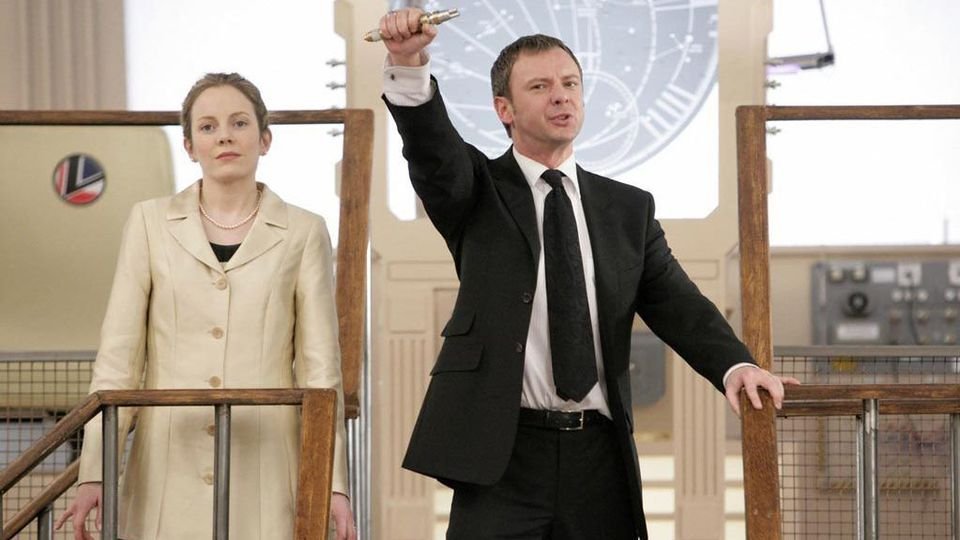 Thinking back to Utopia, It’s the Doctor’s own fear of the end that, despite the promise of infinite adventures, there is a finite amount of time and space to explore, that feels most like a culturally dictated choice – after all, he sods off to the end of the universe anyway. The Doctor has seen enough of time and space to know that the end doesn’t finish with a happy flourish and perhaps the Master’s barbarism is the ultimate about face to his elders. That contained within all the Doctors exuberance for humanities baby steps into a wider universe our fate is ultimately known. Where the Master revels in the chaos, he avoids when his curiosity doesn’t get the best of him – which feels like a very Gallifreyian state of mind indeed.
Here, the Doctor’s relative strength of character is portrayed as a weakness and it’s a theme of Series 3 – his treatment of poor Martha is partially born out of his need to show-off or to believe in his own excellence – but this two-parter largely fluffs the landing.
Come the conclusion and most of this good work has been undone. Putting aside the Doctor becoming both Gollum and then Space Jesus, let’s take a moment to acknowledge that neither idea is entirely awful; the execution however leaves much to be desired – what the Doctor does with his aversion to everything the Master does is, ultimately, make humanity swap one Time Lord dictator for another. You might say that he made humanity believe again, but what exactly did they believe in? They have a name and a time and that’s about it. It’s an incredibly hollow victory.
In losing track of the Doctor in that final episode, it makes it harder to be convinced by his judgement of the Master for his crimes because, without prior knowledge of who he is, it’s difficult to judge him for those same crimes. Everything that has been explained to us, is just that, an explanation for his insanity, not who he actually is. So while we get dramatic shots of the camera spinning around our duelling foes atop of a missile silo embedded in a hillside, we don’t really get much of a reason as to why this should fire up the blood. 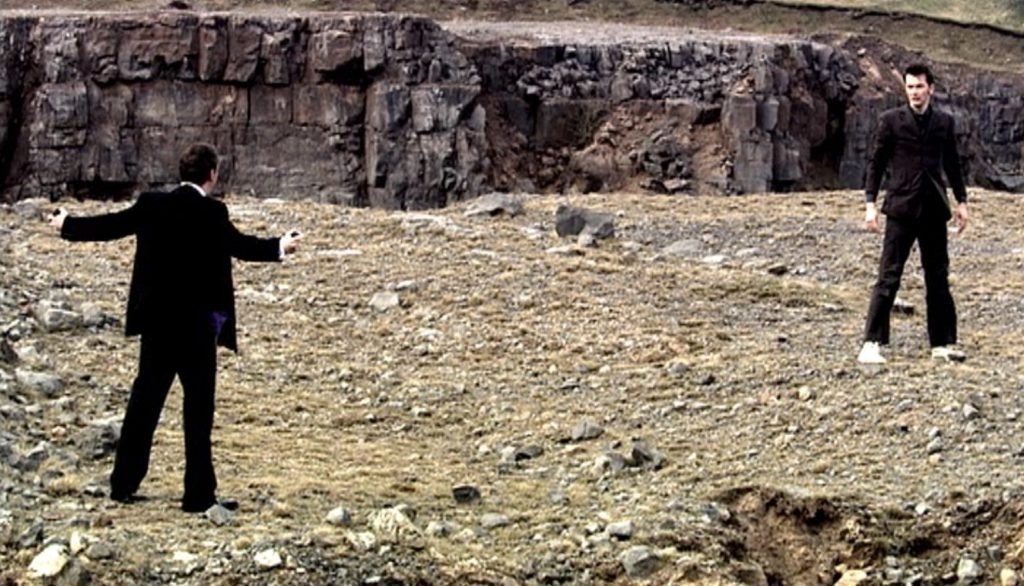 The reason why Gallifrey hangs over the two of them, sitting in judgement of the pair, is because the potential is there to have a true exploration of the two characters at the heart of what has been a largely inconsistent battle of wits across space and time.
It’s worth mentioning the Master’s earlier attempts to simply survive, which, as the Doctor attempts to foil him, feel like the Time Lords speaking through the Doctor, a Doctor who was in exile less we forget, even when the Master finally gives into his last impulse and refuses to regenerate, the Doctor’s tears are not for a lost friend but a lost connection – a life raft for a character still submerged in the unknowable loneliness of being the last of his kind. It’s telling that he’ll largely forgive him all his crimes if he just regenerates, a turn of events that would have meant more if the Master was necessary in that equation for who he is, not what he represents.
Perhaps it all would have been too much. Reveal more of Gallifrey and you reveal more of the Doctor, and perhaps Russell T. Davies wasn’t quite there yet. But if we’d had just a little more of the past, a little more of Gallifrey, then perhaps it wouldn’t have caused such cognitive dissonance all that time ago.

Gallifrey and The Last of the Time Lords

by Andrew Reynolds time to read: 6 min
News Out Now: The Tenth Doctor Adventures and The Macra…
News Big Finish: Doctor Who – Doom Coalition: Ser…
6
%d bloggers like this: