Everything You Need to Know About Big Finish's Captain Scarlet and the Mysterons! 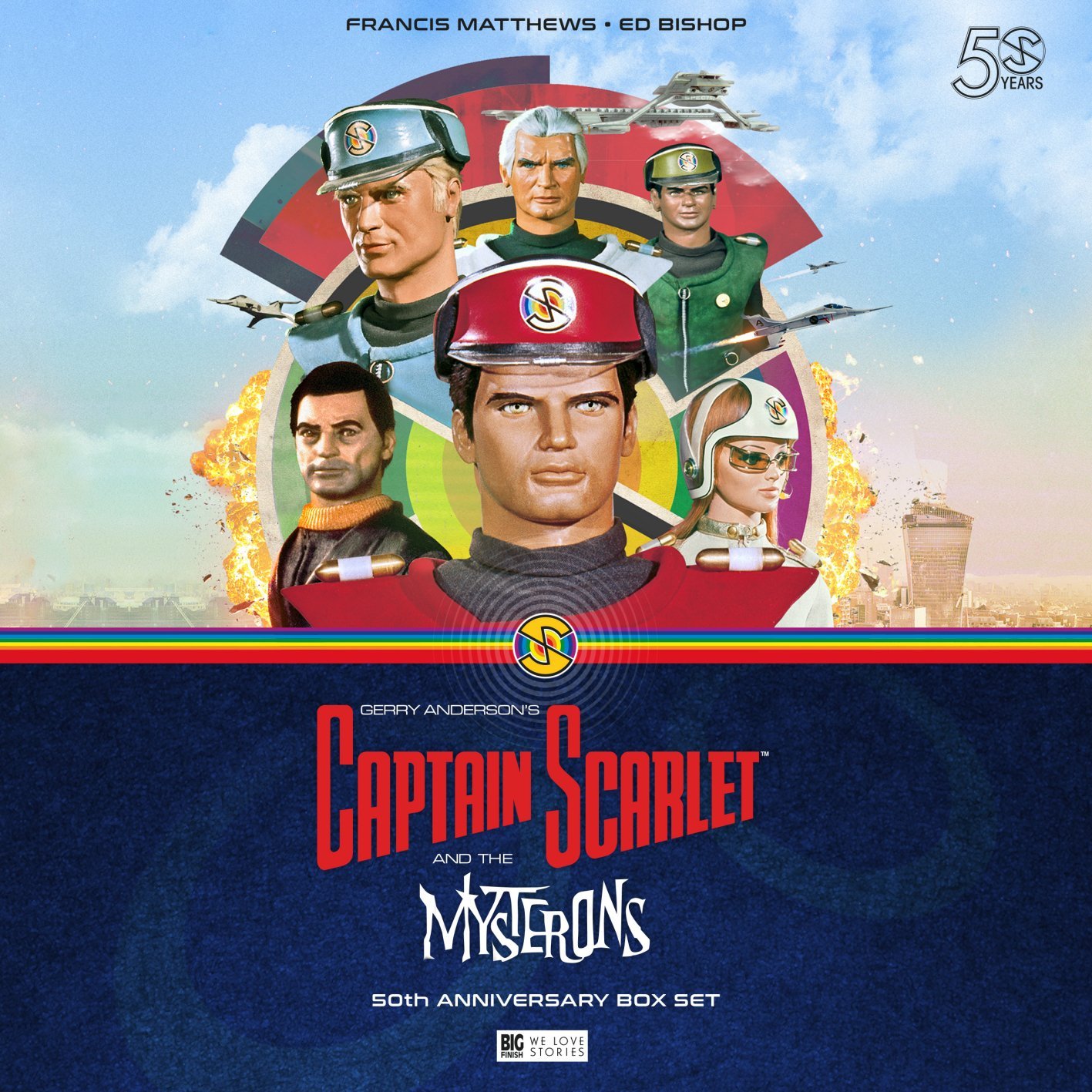 Immediate launch, from the creator that brought you Thunderbirds, Stingray, Terrahawks, and much more: it’s the one and only – the darkest of all Supermarionation shows – Captain Scarlet and the Mysterons!
Celebrating 50 years of Gerry and Sylvia Anderson’s science fiction puppet classic, we have a big bonanza of 4 Big Finish audio releases for fans that are dying to engross!

For those who have no idea of the show’s premise, we witness a war between Earth and a race of formless alien entities, coincidentally similar to the Great Intelligence, known as the Mysterons.
At the same time, Cloudbase the headquarters of the world organisation Spectrum, similar to the Valiant (first seen in The Sound of Drums/ Last of the Time Lords), remains on duty of leading the ultimate mission. But then their most loyal officer Captain Scarlet becomes one of their very first victims; only to be reconstructed as a Mysteron agent before a tragic fall that later revives him as an indestructible hero, something like Captain Jack Harkness. The first release is the 50th Anniversary Limited Edition Deluxe Box Set, which consists of 13 audio episodes and a one-hour documentary; all compiled together in a special commemorative booklet with 7 discs (see titles below):

The remaining three releases are the Spectrum Files enhanced audiobooks (4 discs each), which have been adapted from the original novelisations by John Theydon. These have been recorded in a similar style to the Early Adventures release, The Black Hole, which mixes the voice actors’ dialogue and third-person narration.
These are directed by Jamie Anderson (Gerry’s youngest son), who is best known for his work on the Terrahawks Big Finish audio dramas, along with several Main Range releases (e.g. Order of the Daleks, Absolute Power, Quicksilver) and the Novel Adaptation of Cold Fusion.
They also star the vocal talents of Wayne Forester – the titular character in the 2005 CGI reboot, with the majority of scripts written by The Sarah Jane Adventures veteran Phil Ford; various characters in the Main Range releases, such as Glauber in The Waters of Amsterdam, Liz Morgan (the Angels in the original 1967 puppet series; Mrs Hurley/Sister in The Peterloo Massacre), and David Graham (Parker and Brains in Thunderbirds; the Daleks in the early Hartnell serials; Shedgerton in The Deflectors) providing the narration.
See a behind-the-scenes video of Wayne and Liz recording the dialogue of the characters, with Jamie in command:

Here are the synopses:

Spectrum File One: Captain Scarlet and the Mysterons A violent thunderstorm floods London. Florida is laid waste by hurricanes. Somehow the Mysterons are controlling the world’s weather, and only Spectrum can stop the devastation.

Captains Scarlet and Blue head into space aboard Fireball XL19 to destroy a weather-control satellite that has been taken over by the Mysterons – only to discover that the real cause of the destruction is much closer to home.

As Scarlet and Rhapsody Angel confront the mastermind behind the latest Mysteron attacks they discover the true scope of his plan, and if they cannot stop him then the Earth faces certain climatic catastrophe.

Based on the 1967 novel ‘Captain Scarlet and the Mysterons’ by John Theydon. The disappearance of the Oceanus X stealth submarine coincides with the Mysterons announcing their intention to devastate the world’s greatest nation, and Spectrum are mobilised to locate the rogue vessel. Captains Scarlet and Blue join forces with a scientist who claims to be able to track the Oceanus – but even as they do so, power stations around the world come under devastating attack from the Mysteron-controlled submarine.

As the hours count down to the destruction of North America, Scarlet and Blue race against time to locate and destroy the Oceanus X – but even if they succeed, will this thwart the Mysteron plan?

Based on the 1967 novel ‘Captain Scarlet and the Silent Saboteur’ by John Theydon.

Spectrum File Three: The Angels and the Creeping Enemy A chance encounter with Captain Black leads Melody Angel to uncover a plot by the Mysterons to devastate the world’s food supplies by contaminating them with a deadly new bacteria. While Destiny Symphony and Harmony pursue Black, Rhapsody is on the trail of the only man who may be able to destroy this new culture – but the Mysterons are one step ahead of her, and soon a new and even greater danger looms.

As a wave of death and destruction begins sweeping across Canada all five Angels are deployed to combat the threat – but will their attempts to stop it only make things worse?

Based on the 1967 novel ‘The Angels and the Creeping Enemy’ by John Theydon.

And do check out the audio extract of Spectrum File 1, along with the video trailer of all three dramas:

Everything You Need to Know About Big Finish's Captain Scarlet and the Mysterons!