A few weeks ago, it was announced that Doctor Who Series 3 was getting a steelbook release. However, the release was delayed after fans pointed out that the artwork featured an image of the hoodie-wearing Master from The End of Time, rather than his suit-clad Harold Saxon persona from the series. Well, the BBC has gone back to the drawing board and it’s back! Now with the correct Master tucked away on the back cover in a superb image alongside the Weeping Angels by Titan Comics artist Claudia Caranfa The set contains all 14 episodes from the third series of the relaunched series starring David Tennant as the latest incarnation of the Doctor. 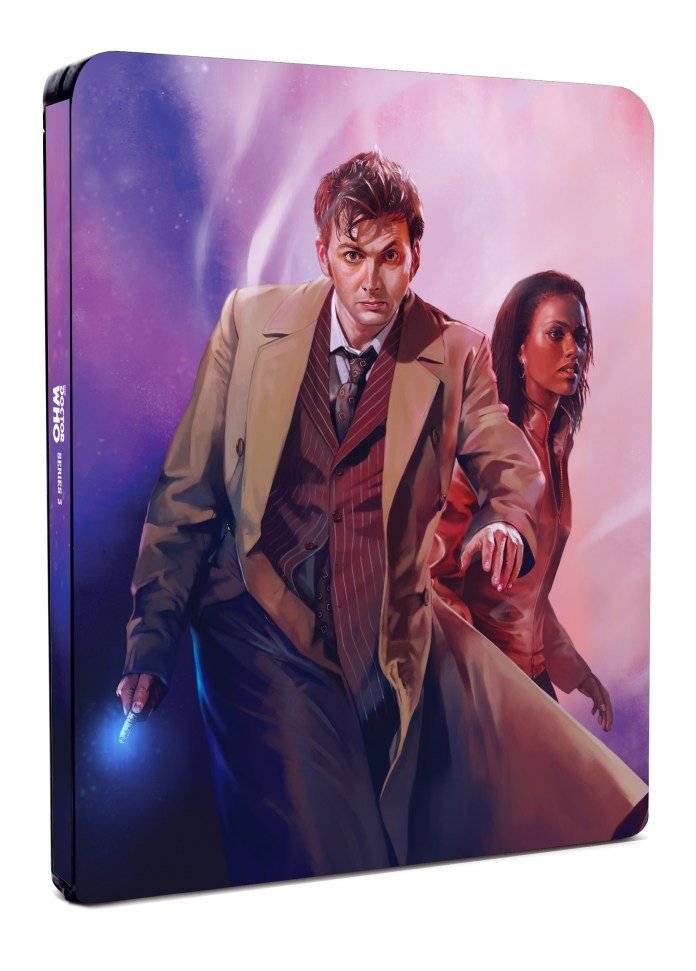 From the moment the Doctor walks into the life of medical student Martha Jones (Freema Agyeman) he changes it forever. In Elizabethan London, they meet William Shakespeare (Dean Lennox Kelly) at the Globe Theatre while back in present day London 76-year-old Professor Lazarus (Mark Gatiss) recaptures his youth with consequences that threaten Martha’s entire family. And, the Doctor’s sworn enemies, the Daleks, who have been hiding in 1930s New York, return with a terrifying plan for humanity.
The bonus features include:

by Andrew Reynolds time to read: 1 min
News Series 11 to Feature 'Educational' Episo…
News Christopher Eccleston: "The BBC Put Me on a B…
0
%d bloggers like this: