You can enjoy another free short story, courtesy of Candy Jar Books – The Lucy Wilson Mysteries: Sweet Revenge, written specially for fans during the COVID-19 lockdown.

The short is part of the franchise spin-off which stars Lucy Wilson, granddaughter of Doctor Who legend, Brigadier Lethbridge-Stewart. After the Brigadier’s death, Lucy Wilson assumes the mantle of her grandfather with the help of her best friend Hobo.

Prolific writer, Paul W Robinson is new to the world of Lucy Wilson and says:

“I love science fiction and have always been a fan of Doctor Who, but I knew nothing about The Lucy Wilson Mysteries until I worked with Shaun from Candy Jar on my novel Charlie Abroad. Shaun was kind enough to send me the first three or four books and after that I was hooked.”

Lucy Wilson is stuck in isolation, away from her best friend Hobo Kostinen. Life for Lucy is boring and slow, especially when aliens aren’t following the lockdown rules! How can Lucy and Hobo defeat the monsters, but stick to the two metre rule?

Sweet Revenge recognises that people, and even aliens, aren’t always what they seem. Paul continues:

“I have always liked writing about strong female characters to try to redress the balance. Lucy Wilson is strong, fearless, resilient, and quick-thinking. And Hobo’s no pushover either! Although only young, like the Brigadier, Lucy Wilson is a valiant hero. There is much more to her than meets the eye!”

“We’ve been working with Paul on a number of projects recently including something rather special to be released later this year. When we asked him to contribute a short story he immediately understood the tone we were after and delivered a cracking adventure for all of us who are stuck at home.” 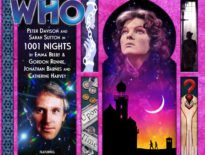 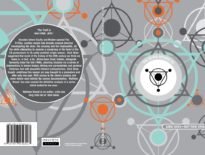