And before we get to establish what threatening plans they’re up to this time, they ask the Doctor for help and we get thrown into the theme tune.

Everything they say is undermined simply by the Doctor’s response here, as he knows that if they don’t want to kill him then he can have fun with the situation. He even makes a joke at the Daleks’ expense about going up ladders.

These Daleks are part of a Time Squad checking out temporal anomalies and have found one that really piques their interest and is where the wider Victorious storyline is brought into play. There’s a planet with a ‘wrong’ history, where a new threat has emerged that could rival the Daleks but that in a normal timeline should not exist, and so the Daleks want the Doctor to investigate. And obviously find a way to destroy them, but they won’t tell him that bit.

Nicholas Briggs does a good job of making the Daleks sound just unsettled by the anomaly they have found, but when they land on this planet they are greeted by a seemingly polite bunch of folk called the Wrax. And with their jungle-filled planet and huge South American-style temple, it’s thrillingly close to The Dalek Factor territory. Telos novella vibes, people.

The people of Wrax have a universe-shaping weapon in their temple, which, if you’ve consumed some other Victorious content, should ring some Kotturuh-shaped bells.

Rather than the traditional set-up of Doctor and companion getting split up to investigate, you have the Doctor and the Daleks split up so they can get to the bottom of the anomaly. The Daleks swoon the Wrax’s leader while the Doctor visits the Galleries of Victory, where all of the Wrax’s universe conquering is on show.

Backed up by the music score, the setting has a big presence through much of the middle third of the story – overpowering the Daleks for ‘screen’ presence – and when the Doctor finds the ‘Eye of Wrax’, the weapon key to the Wrax’s conquests, it becomes the focal point of the tale.

Not only is it the source of much of the characters’ interests, but the action gravitates around it and builds up a sense of claustrophobia until a very surprising escape that has to be heard to be believed. Old-school, yet groundbreaking, and bookshelf-shattering.

Like many of the Eighth Doctor audios, there are elements of the classic series, the wilderness years, and the new series that combine in this release, with throwbacks to Genesis of the Daleks plus throw-forwards to The Day of the Doctor and even Asylum of the Daleks.

Just like with Adam from The Long Game, there’s only so long this partnership lacking in banter can last and we eventually reach the point where the Doctor/Dalek alliance has served its purpose and we get to see Daleks being at their destructive best rather than as a negotiating alien race – there’s not any lurking in the shadows for the Doctor’s greatest enemy in this one.

It also ends on a very firm statement that the Daleks are the superior race compared to the Wrax, but with an unresolved problem in the temporal anomaly. And just like that, we have our cue to follow the Doctor and the scheming Daleks into episode three, Mutually Assured Destruction.

Time Lord Victorious: The Enemy of My Enemy is out now from Big Finish. 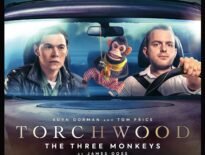 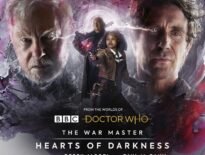