It’s the last of the free weekly lockdownloads from Big Finish, and it’s concluding with a murder mystery – with Vienna at the heart of it!

Since the beginning of the coronavirus pandemic, Big Finish has given away a quarter of a million free downloads of stories from its various ranges, including Doctor Who, Blake’s 7, Sherlock Holmes, and Dorian Gray — and astonishing achievement, I think you’ll agree!

For one final week, Big Finish listeners can download a free full-cast audio drama exclusively from the Big Finish website’s Weekly Deals page. Accompanying this free release is a selection of discounts on related titles.

This week, you can download Vienna: The Memory Box by Jonathan Morris.

Originally released in February 2013, this is Vienna’s first solo audio adventure. Featuring Chase Masterson as the impossibly glamorous bounty hunter, who first appeared in the Doctor Who Monthly Adventure The Shadow Heart, The Memory Box is a multi-planetary rip-roaring audio adventure. Here’s the blurb:

Berkeley Silver, one of the richest men in the Earth empire, lies dead in the Penthouse Suite of the Galileo space-hotel. Law Enforcement Officers Detective Captain McGinnis and Detective Sergeant Mead are called in to investigate – but it seems to have been the perfect crime. Even when subjected to a memory scan, everybody in the space-hotel has an alibi for the murder.

Which means it can only have been the work of one woman. The most accomplished – and the most glamorous – bounty hunter in the galaxy. Her name is Vienna Salvatori. And she has a little rule; nobody gets to hear her name and live…

There is also 55% off Vienna: The Memory Box and Vienna: Series 1-3 on download.

All the above offers can be accessed at the Big Finish Weekly Deals page and must end at 23:59 on 4th April 2021.

News The Ninth Doctor to Meet the Brigadier and Face th… 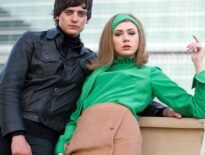