Following the success of the original Seasons of War, we have a full-length novel, simply titled Seasons of War: Gallifrey, published by Altrix Books. Written by Paul Driscoll (The Black Archive: The God Complex) and Kara Dennison (City of the Saved), it has the full support of Declan May, the originator of Seasons of War himself. His praise is somewhat excessive, sprinkled with adjectives – all you need to know is he’s pleased with this book and the continuation of his work. Again, any proceeds are going charity. Paul and Kara are doing this for (I assume) a mixture of love of the concept, kudos, and because they can.
So, to the book itself. Moving past the introduction, we are treated to some well-crafted prose, and the reveal of the book’s four central characters. There’s Kendo who will go off to become one of Gallifrey ruling elite; Tor Fasa, the elder Time Lord with his own Machiavellian motives; Savalia who goes off to become a soldier; and Mordicai the Engineer. There’s more to it than these four, with a cast of generals, councillors, inhabitants of Gallifrey, and some close family ties. At its heart, the opening is about family, hope, and the damaging effect of war on our young heroes.
Scene set, the book splits the four and tells events from their perspectives. Here, the writing becomes a little uneven: the internal thoughts of the characters are sometimes very at odds with their appearance to others; Kendo in particular suffers from this. We might expect some variance on how characters are written when two people are involved in the creative process, but it is noticeable with a couple of the characters. This is not to suggest the book is anything other than entertaining – it’s perhaps a writer’s comment, not something many will pick up on.
The book also sets itself a lot of challenges. It’s telling the story of war, of people and building its own version of Gallifrey. At times a lot of pieces are in play and the actual story is hard to spot behind the necessary mechanics of world-building.
There are many plot strands at work, as would be the case with four lead characters, but the driving force behind a lot of the plot is a love story between Savalia and Mordicai. The course of true love is far from smooth and it’s a well-conceived and delivered thread. Mordicai is also driven by his reaction to the idea of the Doctor – now the Doctor of War – and there are times when his (the Doctor of War’s) shadow is cast over proceedings. On reflection, this is a good thing; it links back to the original set of short stories and can’t be ignored.
The writers also don’t gloss over many of the tropes of Gallifrey: Matric, Sky Trenches, Death Zone, and the vast collection of artefacts attributed to Rassilon. What they do well is use these where useful and move beyond to carve out their own world.
Of course, there’s a lot of war, death, regeneration, technology, and time trickery, so, although this is an unofficial book, it’s very much swimming in the language and ethos of Doctor Who. The pacing is good and there’s a clear ending that brings the separate elements together well.
We are promised more from Altrix – more in this newly cut slice of Gallifrey and more from these two writers. Whatever happens, the Time War is well under way and there are many more adventures to come…!
Seasons of War: Gallifrey is out now, so head over to Altrix Books to get your copy. 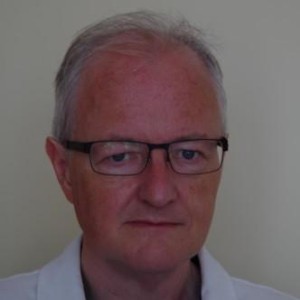