The DWC are sad to report the passing of actor Janet Hargreaves at the age of 81.
Doctor Who fans will know Hargreaves from her appearance in three episodes of the 1988 serial The Greatest Show in the Galaxy, playing the character of Mum, but she’s best known for her performance as Rosemary Hunter in the long-running soap opera, Crossroads from 1971 to 1980. 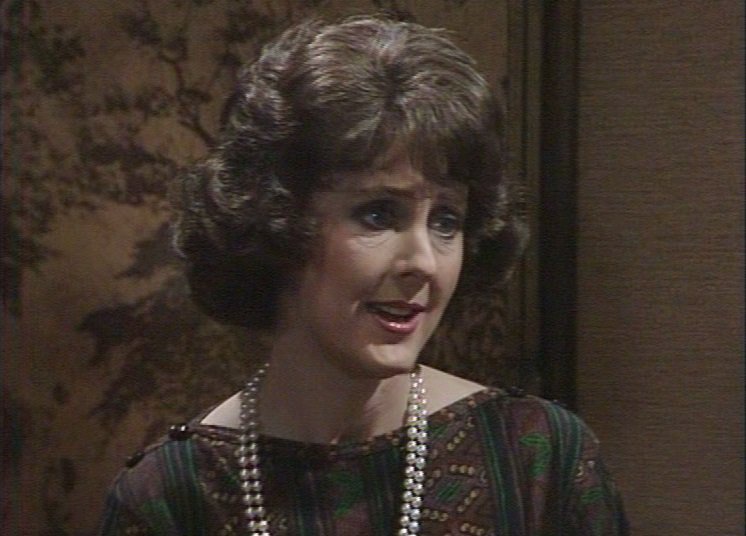 A RADA graduate, Hargreaves stage career saw her make appearances in Elgar and Alice, Habeas Corpus and a well-regarded performance in the Agatha Christie play The Mousetrap.
Prior to appearing in Crossroads, she appeared in the soap Compact, playing Clare Farrell and The Doctors, playing Dr. Cheryl Barnes. She also appeared in Follyfoot, The Avengers, Poirot and Danger Man.
Hargreaves remained active into her eighties, continuing to teach, act and make regular appearances at Crossroads reunions.
Janet Hargreaves died on Saturday, August 4th and The DWC would like to extend their condolences to her family and friends at this difficult time.

by Andrew Reynolds time to read: 1 min
News Here's How to Help Fund a Blue Plaque for Wil…
News Humble Bundle Unveil New Doctor Who and Torchwood …
0
%d bloggers like this: