Peter Capaldi has accepted the Guinness World Records title for the ‘Largest Gathering of People Dressed as Doctor Who Characters’, at the La Mole Comic Con in Mexico City on 19th March 2016.

Another one which included assembling beings from across the universe was attempted on 26th August 2007. The Museum of Science and Industry in Manchester made an attempt at the record for largest gathering of Daleks. On 1st November 2007, the new record was declared at seventy Daleks. Certainly a number I wouldn’t like to come up against.

Doctor Who is also listed as the “longest running science fiction series in the world” and on Sunday 26th July 2009 Guinness World Records recognised Doctor Who as “the most successful sci-fi series [in the world]”. This was based on broadcast ratings, DVD sales, book sales merchandise sales and iTunes traffic. Showrunner Russell T Davies accepted the honour on behalf of Doctor Who creator Verity Lambert at San Diego Comic Con.

The show that started off as a mild curiosity in a junk yard has done rather well for itself, but let’s wait and see what other records are coming its way. There’ll be plenty more where that came from.

Doctor Who Bags Another Guinne… 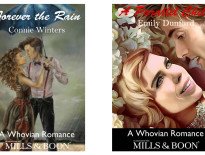 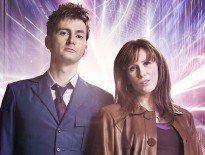 News In The Blood: The Tenth Doctor Versus Internet Tro…
1