Following on from the reveal of the Fourth Doctor Adventures Series 6, Big Finish have announced a new pair of releases from former Doctor Who producer Philip Hinchcliffe.
The two new titles will both star Tom Baker and Louise Jameson, reuniting the fan-favourite team behind the classic episodes The Face of Evil, The Robots of Death and The Talons of Weng-Chaing.
Doctor Who: The Genesis Chamber, a six-part adventure adapted by Marc Platt, is released in September. This dark tale takes place on a human colony world, where city dwellers rely on advanced technology to create their children, while shunning the primitives who live outside of their city. But neither group realise that a third force threatens their very existence…
Producer David Richardson said:
“We loved working on the first Philip Hinchcliffe Presents box set and both stories were very well received. So I was delighted when Philip came back with more ideas, and that he was keen to reunite with Marc Platt who wrote the script. Louise Jameson told me that The Genesis Chamber is one of the best scripts she’s read at Big Finish. I agree with her – it’s a huge Doctor Who story, and yet with so many lovely, delicate scenes too. I loved listening to it during recording, and I’ve no doubt the final edits will be astonishing.”
Co-starring with Tom and Louise is impressionist Jon Culshaw as DeRosa Janz, a scheming crime lord whose family has taken over the colony. Also appearing are Hannah Genesius, Jemma Churchill, Dan Li, Vernon Dobtcheff, Arthur Hughes, Elliot Chapman and Gyuri Sarossy.
The release will be followed by a new four-part adventure in 2017.
Doctor Who – Philip Presents: The Genesis Chamber can be pre-ordered for just £25 on CD or £20 to download, with the second as yet unannounced release available for just £20 on CD or £15 to download; with pre-orders granting a £5 saving on the price of each release. 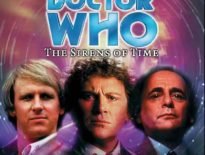