Candy Jar Books have unveiled the cover art of The HAVOC Files 2, collecting seven short stories and a couple of enticing extras!
Adding a new story idea to mix, the set comes with The Lost Skin, a novella that is set concurrently with the forthcoming Lethbridge-Stewart novel, Times Squared.
Head of Publishing, Shaun Russell, said:
“With the previous volume we collected the many short stories published in 2015, but it was a little different this time since we have released fewer short stories this year. However, as we like to spoil our readers, we decided it would be nice to produce new exclusive material for the collection, as well as give a couple of extras. And, just to make this collection even more worthwhile, and collector’s item, we’ve decided to add yet another story to the mix.” 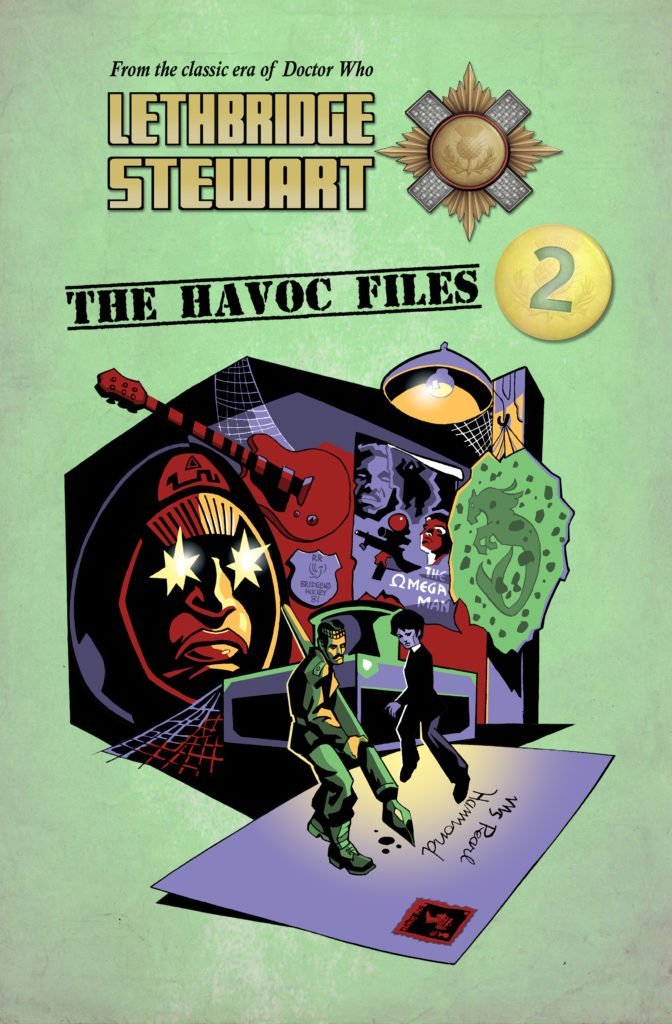 Written by Andy Frankham-Allen, The Lost Skin focuses on a several of the regular cast of characters, including the return of journalists, Harold Chorley, Larry Greene and Charlie Redfern. More importantly, it features the first full appearance of Professor Edward Travers, last scene in 2015’s The Schizoid Earth, who heads to John o Groats to investigate a bit of Scottish lore.
Frankam-Allen said:
“The plan was originally to release the novella alongside Times Squared, but time kind of ran away from me, so I suggested instead we release it as part of The HAVOC Files as a three-part story over three volumes. I mean, who doesn’t like a cliffhanger or two?”
Adrian Salmon once more returns to Lethbridge-Stewart for cover art duties, for the second time this year. As well as previous Lethbridge-Stewart covers, he has also done artwork for a multitude of publications, including Doctor Who Magazine and Big Finish Productions.
Salmon said:
“A unifying cover idea for a mix of stories was never going to be easy but the central idea of an incredible shrinking Lethbridge-Stewart made small work of it!”
The short stories include the previously available, In His Kiss by Sue Hampton, The Lock-In by Sarah Groenewegen BEM, The Black Eggs of Khufu by Tom Dexter, The Band of Evil by Roger J Simmonds & Shaun Russell, The Playing Dead by Adrian Sherlock, and brand new stories House of Giants by Rick Cross and Ashes of the Inferno by Andy Frankham-Allen.
Not only these short stories, but the collection also includes Schädengeist’s First Love by Jonathan Cooper and Exodus from Venus by John Peel, deleted material from The Showstoppers and The Grandfather Infestation respectively.
The whole collection is dedicated to the memory of Rhys Rubery, friend of the range editor and Doctor Who fan, a sixteen-year-old who lost his life in a tragic accident in July 2016. You can find out more about Rhys, and how to support the RR81 Legacy by going to this website.
As with the first volume, The HAVOC Files 2 will only be available as a strictly limited edition print run, available directly from the Candy Jar Bookstore.
The HAVOC Files 2 is now available for pre-order, for £8.99, directly from Candy Jar Books for release at the end of September.