The Crown: Which One Did Matt Smith Find Harder to Play? The Doctor or Prince Phillip?

Speaking at last night’s premiere of The Crown, Netflix’s extravagant royal drama, Matt Smith told Time Out London, that, when it comes to pressure playing an ancient alien who travels across all of space and time and playing a real-life prince, the husband of our British monarch, both are very tricky indeed.
The Eleventh Doctor himself said:
“They were both equally pressurised for different reasons. That’s the thing about being an actor. Every job brings its own pressure and this is no different to any other. Each time you do a new one you think it’s never going to get more pressurised than this… and then suddenly it does.”
The role of the Doctor may have brought its own unique pressure, what with the ten actors before him who came and made their mark on the role – and that’s not to mention the all-seeing eye of fans who measure their own interpretation of the Doctor against his performance –  but playing a real-life character has its own challenges too; there’s the fact that the royal family could fire up Netflix at any time and watch it, plus there’s the small matter of the nude scenes…

Of course, the important question is: which one does Smith prefer to play?
“Which do you prefer? Chocolate or strawberry? It’s sort of impossible they both have their own virtues and they both have their own pitfalls, but it’s been a fantastic character to explore.”
And Netflix certainly plan to do just that…although as writer Peter Morgan says, as the Windsor’s age, it may not be Matt Smith and co-star Claire Foy who plays Queen Elizabeth II, who continue in those roles…calling Helen Mirren!
Morgan said:
“We’ve made one season and we are filming the second at the moment. Beyond that nothing’s been agreed… If we were to go ahead any further it would be a different cast.” 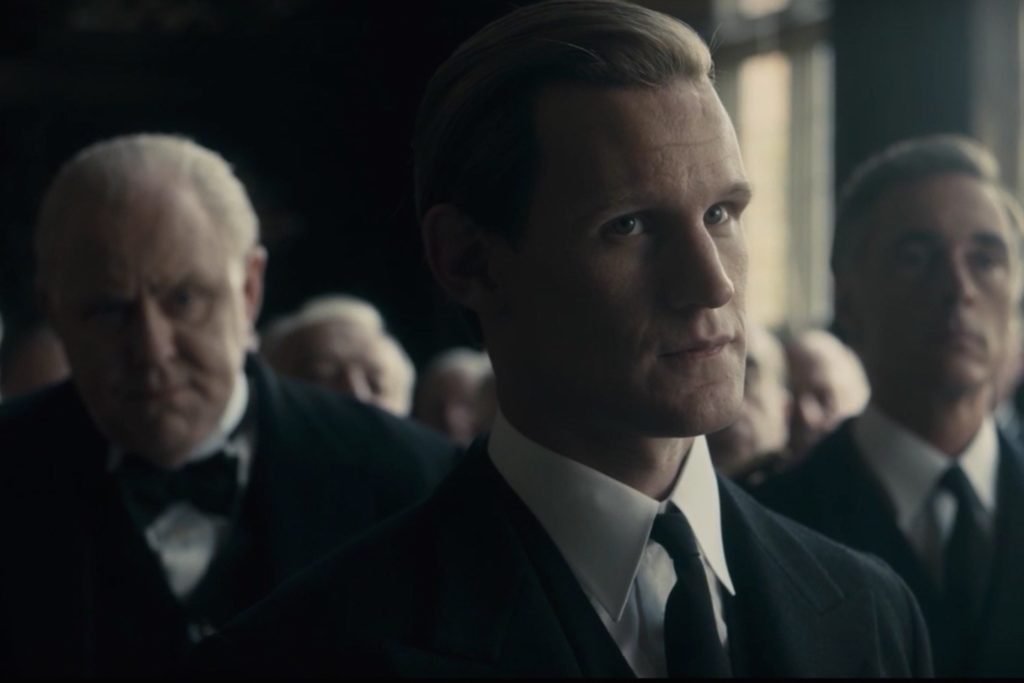 For however long it does run, The Crown is set to stay on Netflix, Morgan added:
“The way in which they wanted to work with us seemed so exciting and so progressive and they gave us total control. It was irresistible’ – even though it’s not quite designed to binge in one go.
“I hope it tells the story well enough that you want to watch it in binge-y amounts…But I don’t think you could do ten hours in one go – you’d be sick!”
The Crown is available to stream via Netflix from Friday 4th November.

The Crown: Which One Did Matt Smith Find Harder to Play? The Doctor or Prince Phillip?

by Andrew Reynolds time to read: 2 min
News Doctor Who in an Exciting Adventure with Merchandi…
News David Tennant, Billie Piper and John Barrowman Reu…
0
%d bloggers like this: