Children in Need to Preview Doctor Who Christmas Special

BBC Children in Need will place host to an exclusive clip from this year’s Christmas special, The Return of Doctor Mysterio on the charity’s annual Appeal night, Friday 18th November.
The sneak peek will see the Doctor, played by Peter Capaldi, and Nardole, played by Matt Lucas, team up with an investigative reporter played by Charity Wakefield and a masked vigilante played by Justin Chatwin to defend New York from a terrifying alien invasion before the full episode airs at Christmas.
What’s more, the BBC have revealed this new image from the special, which, well, doesn’t really show anything other than the Doctor must really rack up the minutes calling across all of space and time. 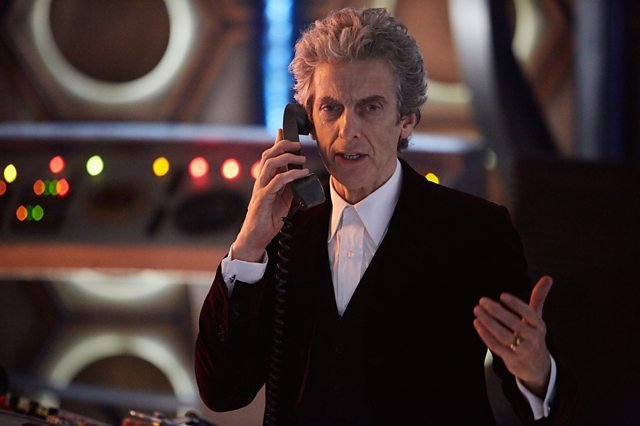 The news hardly comes as a surprise, Doctor Who has a long tradition of the BBC’s Children in Need Appeal airing exclusive teasers, beginning in 2005 with a specially-filmed look at David Tennant’s Tenth Doctor in action and continuing ever since with a mix of one-off sketches and clips from upcoming episodes.
Written by Steven Moffat, they will be joined by Adetomiwa Edun, Aleksandar Jovanovic, and Logan Hoffman.
The exclusive clip will form part of BBC Children in Need’s Appeal Show on Friday 18th November, 7pm, on BBC One.
You can donate to BBC Children in Need here.
Doctor Who will return this Christmas Day in The Return of Doctor Mysterio.

Children in Need to Preview Doctor Who Christmas Special