BAFTA Cymru to Host Class Screening and Q&A with Cast

Fancy attending a special Class event in Cardiff next week?
On Tuesday, November 15th BAFTA Cymru will host the event at the Cineworld Cardiff from 7:30pm where there will be a screening of episode 6: Detained and a special Q&A with cast members Sophie Hopkins, Vivian Oparah and Jordan Renzo. Joining them will be the show’s creator Patrick Ness.
Hosted by Matt Lissack of Capital FM, Patrick Ness will also take part in a BAFTA Career Clever session where he’ll chat about his work as a novelist and a screenwriter. 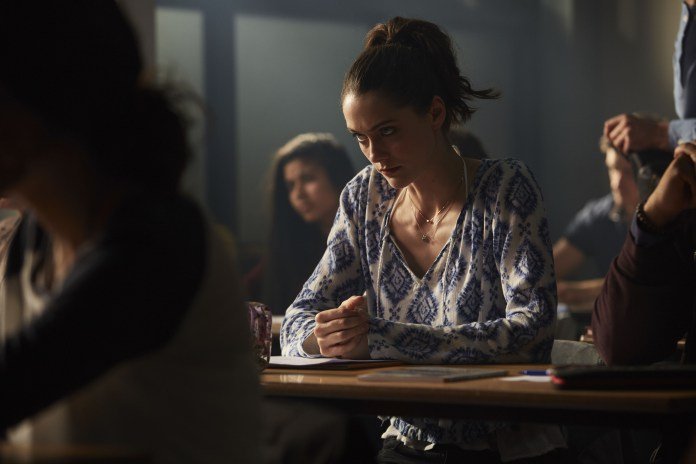 The full synopsis of Detained reads:
The whole gang are thrown into detention by Miss Quill. Locked in her classroom, they are terrified when an explosion propels them out of space and time trapped, claustrophobic, and floating in blackness with no way of escape.
Although a mysterious asteroid fragment may be their key to freedom, it forces the gang to confess their deepest, darkest secrets to one another. As ugly truths come out, fractures start to appear in the friendship group.
And then they make a chilling discovery. They’re not alone. There’s somebody in there with them.
Tickets for the event are available directly from the BAFTA Cymru site.
Episodes 1-4 are currently on BBC iPlayer. Episode 5 Brave-ish Heart will premiere on Saturday, November 12th at 10am.
Class is available to pre-order now on DVD and Blu-ray for release on January 2nd, 2017 from Amazon.

BAFTA Cymru to Host Class Screening and Q&A with Cast