Burn Gorman has finally joined Big Finish’s Torchwood range, returning as Owen Harper!
This is, of course, great news – Gorman’s been the sole core member of the team that hadn’t featured in an audio adventure from the company. Even wonderful Suzie Costello (Indira Vaerma), and Yvonne Hartman (Tracy-Ann Oberman) have come back on a couple of occasions!
Owen returns in May’s Corpse Days, and writer and producer, James Goss says:

“WE’VE GOT BURN!!! It’s so exciting. We’ve been trying to get Burn Gorman since we started. We’ve been hunting him across the globe, from Man In The High Castle to And Then There Were None, and we kept getting so close – and then he vanished into the depths of Hungary to make a film for months – but as soon as the project wrapped he was raring to go… Watching him recreate Torchwood’s sour zombie doctor was amazing – it was impossible to think that this was the same man who’d had us all giggling moments before. It was one of the most delightful days we’ve had on Torchwood – we put him together with Tom Price and just left them to it. Owen Harper is back from the dead, and he’s deader than ever. If you’ve never tried a Torchwood, I beg you to try Corpse Day. It’s pretty much everything.”

Glynn Lewis is just putting up a spice rack when there’s a knock at the door. A knock that will bring a brutal end to his perfect family.

PC Andy is very excited. It’s Corpse Day – the day when the local constabulary get help on dead cases from Torchwood. This year, he’s volunteered to act as liaison, and he knows he’s going to have a brilliant time.

For Dr Owen Harper, today’s just like any other. There’ll be bloodshed, screaming, and murder. At the end of it all, he doesn’t care. After all, life’s just for the living, and he’s long dead. 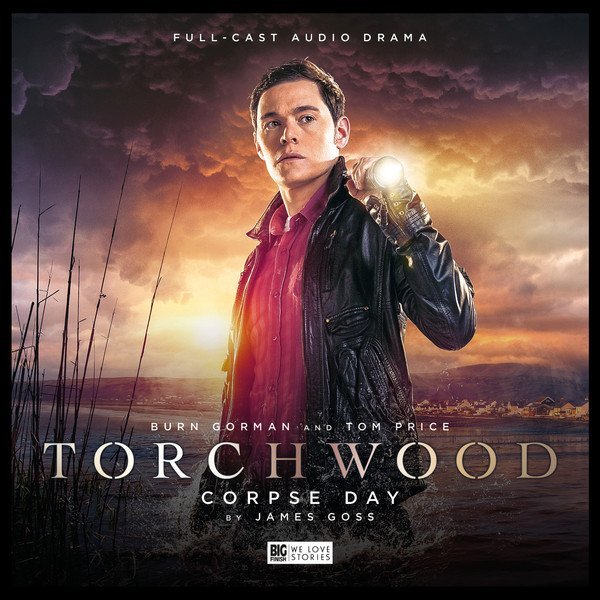 The story’s obviously set after the events of Reset and Dead Man Walking, which was a very interesting (and gloomy) time for the poor medical officer.
Big Finish’s Torchwood resumes in March with Visiting Hours starring Kai Owen as Rhys Williams, and Nerys Hughes as his mother, Brenda.
Corpse Day is available to pre-order now as a Download and CD, priced at £7.99 and £9.99 respectively. The next run of six titles from March to August can be subscribed to at present for just £40 for Download and £45 for CD, going up by £5 on either format from April.