Big Finish have announced that actor and impressionist Jacob Dudman will be bringing his impeccable impersonations to the Tenth and Eleventh Doctor Chronicles.
Announced at this weekend’s Sci-FI Wales, Dudman, known online for his impressions from the world of Doctor Who amongst others, will be breathing life into the Tenth and Eleventh Doctors, with the first of the Chronicles, where Dudman will narrate adventures from David Tennant’s time as the Doctor, due for releases in April 2018.
Co-starring alongside Dudman is Jacqueline King, reprising her role as Sylvia Noble, and he will also be reunited with partner in crime, Jon Culshaw, who he stared alongside in this video featuring Culshaw as The Curator.

The first two adventures in The Tenth Doctor Chronicles, directed by Helen Goldwyn, are:
Back Track by Matthew J Elliott
Wild Pastures by James Goss
Further details on other adventures coming soon. 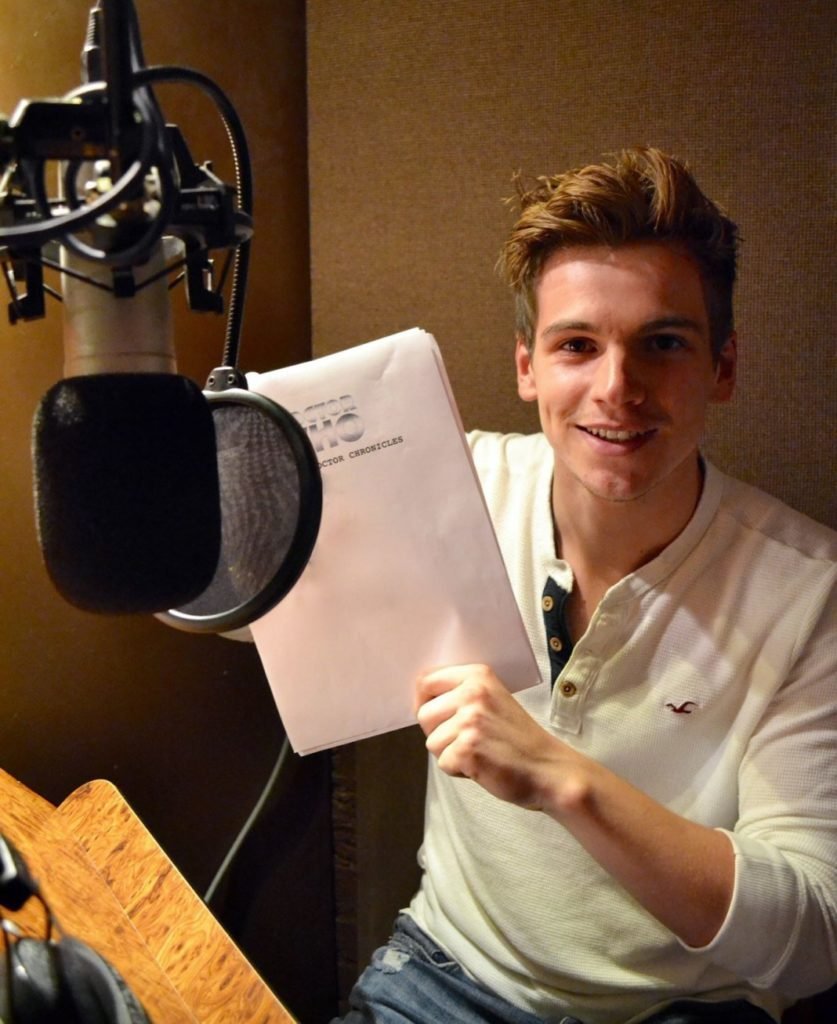 Producer Scott Handcock spoke to Big Finish about the upcoming tales:
“As the Short Trips range has demonstrated, there’s plenty of room for narrated stories alongside the full-cast releases, so we’re thrilled to be tackling the Tenth Doctor era in the latest set of Chronicles releases – and with a new narrator in the form of Jacob Dudman!
“Fans may already know Jake from his impressions of the Tenth and Eleventh Doctors, which of course he’s great at, but we also really put him through his paces in the audition. Audiobooks generally require a very specific set of skills – far more than just capturing a single voice – and we’re thrilled to say Jake’s performance blew us away. He developed an instant rapport with director Helen Goldwyn, and executive producer and Ninth Doctor narrator Nicholas Briggs felt more than confident in handing over the reins for the next few sets! We’ve got a really exciting variety of tales in store for both the Tenth and Eleventh Doctors, and I can’t wait for everyone to hear Jake and Helen’s work.”
You can pre-order The Tenth Doctor and The Eleventh Doctor Chronicles now for £23 on CD or £20 on download.

by Andrew Reynolds time to read: 1 min
News Coming Soon: Doctor Who – The Book of Whoniv…
News Christopher Eccleston to Star in BBC Drama, Come H…
0
%d bloggers like this: