Here’s a question: What language do the Daleks speak? Well, if this charity release from Obverse Books is anything to go by the answer is…Dalekese.
Doctor Who aliens all speak English, right? Star Wars and Star Trek are overflowing with alien languages, but for us, the TARDIS’s telepathic circuits translate everything. Well, sort of. 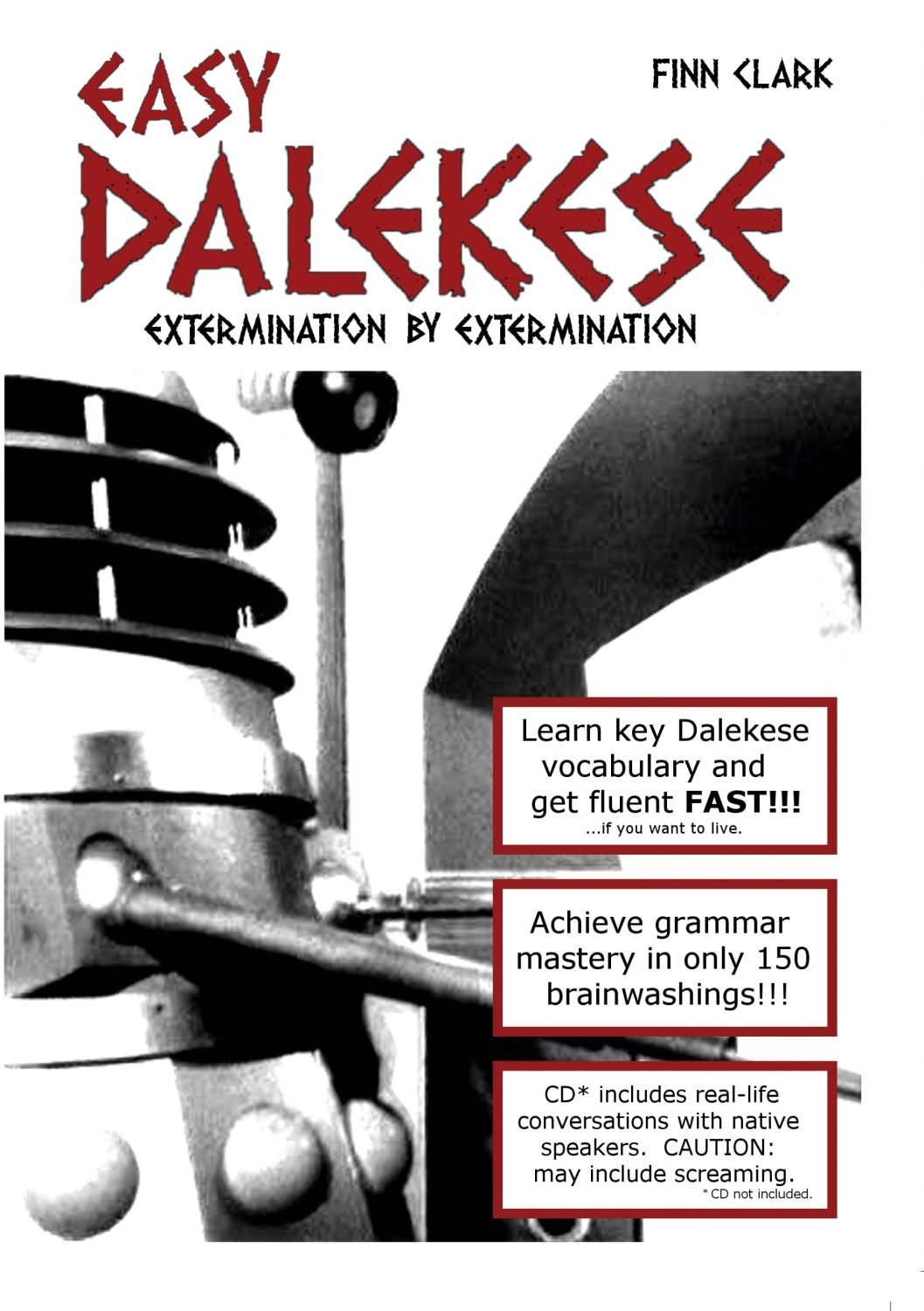 Author Finn Clark thought otherwise, and believed he could construct a workable version of the Dalek language, using only the tantalising scraps of dialogue and lettering seen in the television show, comics and books (oh, and board games, computer adventures and rehearsal photographs – Finn’s nothing if not thorough!).
In Dalekese, he presents the fruits of two years’ labour, a one-time charity release from Obverse books with all profits going to Children in Need.
Dalekese is only available for order during November 2017 from the Obverse Books site – the publication date is the 17th November 2017.