Definitely Not the Man I Was: Peter Davison's Guest Appearances

One of the recurring themes in the Doctor Who Facebook groups I frequent is Doctors Who Appear Elsewhere. “I was just watching this,” the post begins, “and look who I noticed! MIND BLOWN, RIGHT?” Mind blown because, usually, it’s Peter Capaldi starring as the head of the World Health Organization (just look at the acronym. Look at it!) in World War Z. Capaldi is a frequent flyer – Paddington, Skins, and even The Vicar of Dibley all crop up, but other Doctors get a mention too. Even I’ve done it; quite recently, when Emily and I sat down to watch The Three Musketeers recently, only to find a youthful Chris O’Donnell duelling with none other than Paul McGann.
But this week is about robbing Paul to pay Peter – specifically another Peter, the blonde one with the cricket jersey. And it struck me that while there’s plenty that I could write about the Fifth Doctor, there’s plenty more I could write about Other Places Where I’ve Seen Peter Davison Act. Growing up in a middle class household in the 1980s, you didn’t have much choice, because every Sunday evening the TV would be tuned to All Creatures Great And Small, wherein you could watch Davison cavorting around the Yorkshire countryside, chasing any bit of skirt that didn’t immediately run in the other direction (and a few who did) and drinking too much. He almost became, in those early years of my life, more Tristan Farnon than Fifth Doctor. All that would change, of course. These days, he’s arguably as well known for Law and Order and At Home With The Braithwaites as he was for Campion, or even Doctor Who – at least among certain circles, most of them involving knitting. 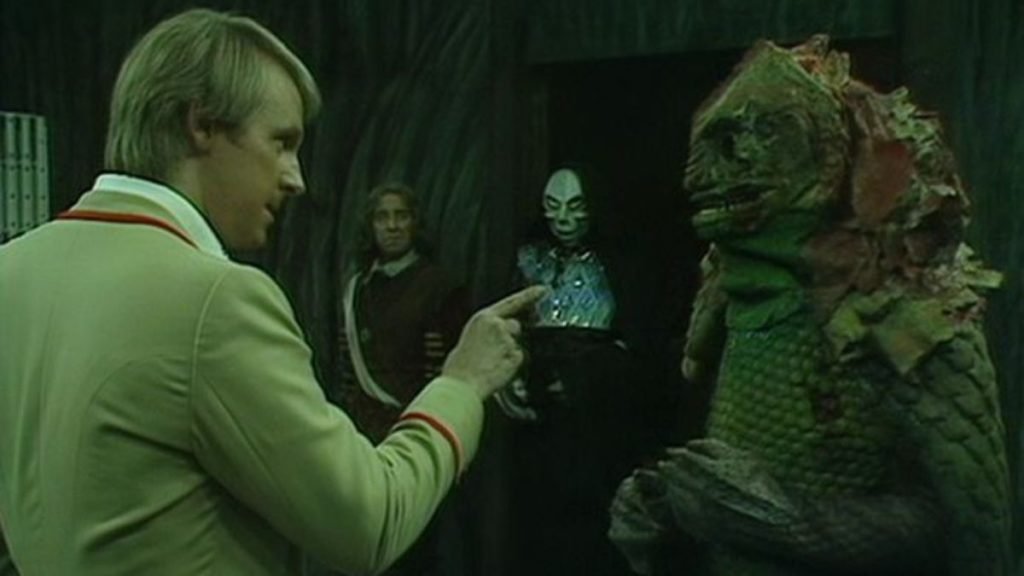 Still, what’s even more interesting is that tendency to pop up when you least expect him – in a sitcom, a period drama, or an episode of Midsomer Murders. “Fans went absolutely wild,” reported the Sun back in April, “as veteran actor Peter Davison showed up in a guest role” – this one in Grantchester, just down the road from Cambridge and also where they filmed bits of the recently remastered Shada, and thus the world shrinks. Of all the Doctors who’ve come and gone over the years, it’s been the Fifth we’ve encountered most frequently – although Tom Baker runs a close second, largely thanks to Cluedo.
Davison’s career is so prolific and varied, it’s difficult to actually pin this down – whether he’s starring opposite Patricia Hodge in Miranda, or providing voiceovers for the likes of Sherlock and The Wind In The Willows. Instead, I’ve gone for six random performances, just to give you an idea of that versatility. I don’t normally resort to listing triggers in the stuff I write but I feel it my duty to mention that one of these entries features a particularly youthful Davison in his underpants. Consider yourselves warned.
Magnum, P.I. (1986)
Magnum was famous for its exotic tropical locations, but here’s Peter in England, behaving in exactly the way that Americans assume everyone behaves in England – by being well-spoken, well-mannered, and just a little bit wet. Of course, it’s cloudy as well, which is a big help. Inexplicably his door chime sounds a little like the Cloister Bell, suggesting that the ‘castle’ is actually a disguised TARDIS.

The Hitchhiker’s Guide To The Galaxy (1981)
There’s not much to say about this, because you’ve all seen it multiple times – but yes, that really is him, hiding beneath layers of prosthetics and a fat suit that would impress even Gwyneth Paltrow. Contrary to misconception, Peter’s not playing a pig, but rather a cow – specifically the Dish of the Day, who’s been bio-engineered to actively enjoy being eaten, a practice that poor old Arthur finds repugnant. There’s all sorts of social commentary about vegetarianism here, if you like, but really this is simply about viewing other cultures through Western eyes, and that’s what makes it interesting.

Wuthering Heights (1998)
Wuthering Heights is my favourite book, and that’s why it’s always gratifying to see it done properly. As with many classic novels much of the story’s success is derived from its framing: the dialogue is tremendous, but it is the perspective from which we view events that matter as much as the events themselves. One such perspective is that of Joseph Lockwood, the stuffy, conservative gentleman who opens and closes the novel, and whose emotional and sexual repression is the perfect lens through which to gain our first glimpse of Heathcliff – Lockwood’s polar opposite, right down to the name. The novel is violent to a fault (chapter three features a euphemism for masturbation, for god’s sake) and much of it is toned down on TV, but Heathcliff’s ruthless brutality – matched only by his alcoholic stepbrother Hindley – remains in abundance. Davison plays Lockwood in this adaptation, stumbling over the moors in the pouring rain, slipping in the mud, blanching at the hounds and only narrowly avoiding a dead sheep. He is, for obvious reasons, the perfect choice.

Prestige kitchen utensils (1983)
This was very nearly Heartbeat – but I eventually decided that you’d had enough of him cavorting around the Yorkshire countryside pretending to be a doctor. Besides, Peter didn’t just appear in TV programmes – at the height of his fame he’d sometimes show up in the gaps in between, as well. Following in the footsteps of the TARDIS’s previous tenant, who famously advertised Prime Computers in the early 1980s, Peter swapped the screwdriver for a saucepan and the celery for a spacesuit, and comes across as just the sort of likeable chap you’d take home to meet your mum. No surprises as to who plays his high-pitched significant other.

Hope And Glory (1999)
I started my teaching practice right before the millennium turned, and jumped ship just after it – but Hope And Glory, the BBC’s flagship summer drama of that year, resonated strongly. Featuring a failing school in danger of closure, and starring Lenny Henry as an idealistic headteacher with a heart condition (which should give you some idea of where this is going), it was a story of triumph over adversity and believing in the potential of young people that the rest of society had seemingly abandoned. It was like Dangerous Minds, with chavs instead of L.A. street gangs – and as Lenny snatched victory from the jaws of defeat week after week it was hard not to be roused by his cheerful optimism and steadfast resilience, even if his success was wildly implausible even back in 1999, and absolutely unthinkable today.
Peter guest-starred in the first episode as outgoing head, Neil Bruce, a man worn down by years of railing against the system and trying to do what was, for him at least, all but impossible. It all culminates in the final scene where, during a farewell speech, he is cajoled by the jeering pupils into finally snapping – turning on one of the ringleaders, he bellows “KEELEY PORTER, SHUT YOUR MOUTH, YOU FILTHY LITTLE WHORE!”. Met with a stunned silence, Neil uses the opportunity to rail against his pupils. “Pigs!” he bellows. “Cretins! Jail fodder! USELESS BRAINDEAD MORONS! THE GUTTER IS WHERE YOU’RE FROM AND THE GUTTER IS WHERE YOU’LL STAY!”
As he’s ushered gently from the stage, through the ranks of shamefaced, visibly upset pupils, wearing a shattered stare and carrying a scientific calculator, Pachabel’s Canon plays and Lenny steps forward to diplomatically sweep away the old regime – but it’s a moment you don’t soon forget, which is a good thing as it’s no longer on YouTube, the clip I was planning on embedding now sadly lost to the spectre of copyright claims and defunct accounts. It was a sensational bit of acting, but unless you were there, I’m afraid you’ll just have to take my word for it. 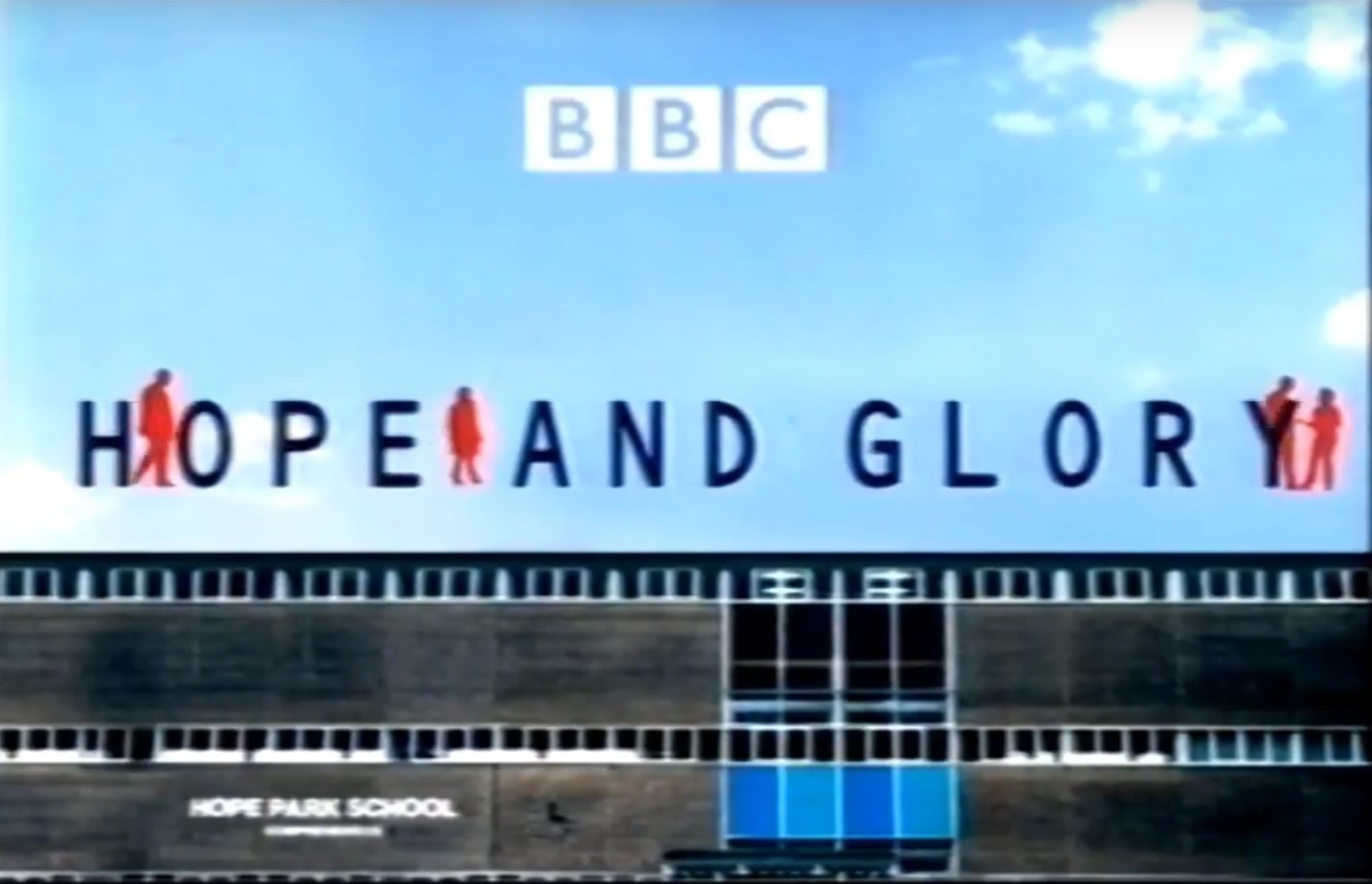 The Tomorrow People (1975)
You knew this one was going to be in here, didn’t you? However dreadful it looks, this was a children’s show, and thus we must grant it a certain amount of leeway. In A Man For Emily, three passing aliens decide to make a pit stop on Earth, but their exposure to Terran culture is limited to Westerns, leading to a series of supposedly comical misunderstandings and, it has to be said, a passable American accent. There’s a shotgun wedding, a car chase through Greater London, all twanging banjos and police sirens, and a shootout in a butcher’s. Elsewhere, Sandra Dickinson indulges in a song and dance number while her screen mother does a passable impression of a diarrhoeic cow on the trombone.
The kids probably loved it – Peter looks frankly embarrassed to be there, but does his best with some rotten material. I’ve always considered this to be his Star Wars Holiday Special moment, because given the choice, I suspect he’d probably like to burn every copy in existence. Sorry, old chap. You don’t get off that easily.

This is the tip of a considerable iceberg, so which roles, apart from in Doctor Who, do you best remember Peter for?

Definitely Not the Man I Was: Peter Davison's Guest Appearances

by James Baldock time to read: 6 min
Features Waking Up Dead: The Promise of The Caves of Androz…
Features Violence and Vulnerability: Why I Love the Fifth D…
6
%d bloggers like this: