It’s quiet in the TARDIS. It’s been quiet since New York. It’s mostly by choice – my choice, if you can call it that. I suddenly have a lot of time on my hands, which is funny, when you think about it – which is painful, so I try not to think about it any more than I absolutely have to. I’ve taken to dusting, although I fear it may be unnerving the old girl a bit. Last week she moved the cleaning cupboard; it’s now the other side of priest hole at the back of the oven, which is permanently on. I’m taking this as a hint.
I was cleaning up when I found this book: Dalekese, it says on the front cover. It’s by those Obverse people. Well, one of them. Finn Clark, his name is. I looked him up in the TARDIS computer. He’s written a bunch of stuff for them – right now he’s prepping something on what an old friend used to call ‘my Joseph period’. I know you mocked the bow ties, Pond, but you’d have been stunned at what I was wearing back in the 80s.
Anyway. I had a flick through Dalekese and it seems to be a phrase book. And dictionary. For use if you want to translate Dalek speak, or speak it yourself. I don’t even know what it’s doing here. I tend not to keep dictionaries in the TARDIS; the translation circuit puts paid to all that. Mind you, I never did understand why the old girl couldn’t handle Judoon. Maybe she considered it beneath her. They like to keep it simple, the Judoon. One letter at a time. They’re the only civilisation who don’t have takeaways, because you could have cooked the food yourself in the time it takes you to order it.
But the Dalek language is a bit more complicated, mostly because it’s all in bits all over the place. It took a single dedicated person to cobble it all together and sort it out, and it turned out to be an Earth human. I shouldn’t have been surprised. You lot have this thing about archiving. Archiving and showing off. Archiving and showing off and meddling. Oh, I think I’ve just understood the wider appeal of Facebook. Anyway, I’ll say one thing; this Clark chap has certainly done his homework. He’s been through every DVD, including a bunch I haven’t got round to seeing yet. He even quotes Destiny of the Doctors, for heaven’s sake. I didn’t think anyone even remembered that. I must re-patch that through to the console so I can play it again, although it’s a bit weird walking through a virtual TARDIS while you’re standing in the real one. 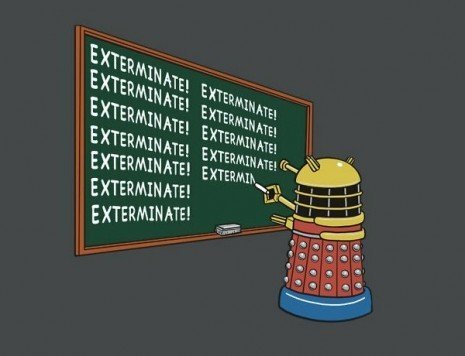 It’s not just a dictionary, either. He actually makes a reasonable stab at understanding Dalek mentality. “The Daleks will happily steal words from Earth languages,” he says, “including some unlikely-looking ones. Despite what you’d guess from their racism and triumphalism, they don’t seem to be linguistic nationalists. They’re pragmatists. If a word’s useful, they’ll use it.” He’s got a lot to say about the Dalek culture, although I confess I did scoff a little bit when he started talking about supertime. He comes up with a list of five or six conditional tenses for past and future imperfect and thinks he’s being clever. Everyone knows there are at least 87. Every Time Lord, anyway. Perhaps I’m being unnecessarily harsh. That seems to come naturally these days.
I’m reading through some of the other bits. The level of research he’s gone to is frankly impressive, particularly for a human. There’s a bit about aspect ratios when you’re spacing out Dalek alphabets. Oh, that’s one thing I didn’t mention before, Pond – alphabets, as in plural. Apparently there are three of them, depending on the occasion, like the nice plates we used when Rory’s dad came for dinner. The Daleks use different alphabets depending on where they are and whether they’re trying to blow up the Earth or simply enslave it. Various things that have happened during my lives that used to confuse me are finally starting to make sense.
He compares one of the alphabets to the way Space Invaders used to look. I like that. The Space Invaders would have liked that as well. Perhaps I’ll mention it the next time we meet; it might distract them a bit from trying to kill me. Another thing this Clark chap says – he’s managed to provide a decent explanation as to why the Daleks have that peculiarly draggy way of talking. “Imagine having a conversation with every vowel said in full and every syllable the same length. The most common English vowel sound isn’t ‘e’ but schwa (ə), the unstressed syllable. We pronounce ‘elephant’ as ‘eləphənt’, for instance. Try saying ‘THE-KEY-TO-THE-TARDIS’ like that, enunciating every vowel and giving equal weight to everything, even ‘to’ and ‘the’. In English, you’d sound freakish. You’d sound like a Dalek.”
As theories go, I have to admit even I’m impressed. He’s wrong, of course, but full marks for trying. Anyway, I’d better not say any more in case someone ever finds this note and finds out the truth. There are some secrets you take to your grave – that’s one of mine, along with my name and that fruit cake recipe I got from Mrs Beeton.
I’m getting all nostalgic reading this, Pond. There are lots of photos of all those old games I have in the TARDIS toy cupboard. You know, like Dodge The Daleks? Actually scrub that; I remember now, you wouldn’t play it with me because you said it was bad enough dodging the real ones. You insisted on playing Monopoly instead, and you cheated. Anyway, there’s a nice picture of Dodge The Daleks, along with a painting by numbers set I need to look for on Ebay. And there are lots of comic frames. I love comics. I must dig out my Beano collection sometime. 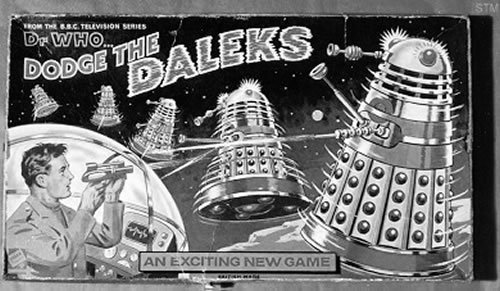 Oh, you’re in there. “English names also have meanings, but we don’t go round thinking of Amy as ‘beloved’ or Rory as ‘red king’.” To which the obvious response is “Speak for yourself, Clark”. There’s a whole tribe of sentient paperclips on Betamax 5 who worship Rory as their lord and saviour. I looked in on them a while back. They were just picking up the pieces of a holy war over the relative merits of puffer jackets. That’s the price you pay for organised religion, Pond. Sooner or later, it always leads to a scrap.
This Clark fella, though. I didn’t think it’d be possible, but somehow he’s managed to turn Dalek speak into something that’s almost malleable, although he had to make up plenty of stuff along the way. “Dalekese has plurals,” he says, “but only when the language feels like it.” It sort of works – he’s clearly trying to tie up Dalekese with Chinese and Japanese, which have similar constructs. Some of it’s new even to these old eyes. For example, did you know that ‘Rels’ actually means ‘generic unit of measurement’, rather than ‘seconds’? It’s like the word they use when they want to specify measurement of some sort without having to say the whole word. It casts a whole new light on that Han Solo / parsecs kerfuffle. I’m now going to gatecrash the 2018 Star Wars convention and explain, although after the incident last year I think it’s probably best if I don’t go dressed as me.
There’s a 200-page dictionary at the back. And a whole bunch of character lookups. And a few appendices on other languages (mostly good, although the one on Gallifreyan had me raising my eyebrows, which sadly was less spectacular than you might expect. I do wish I had better eyebrows). Also some example texts, presumably for use in the classroom. Oh, I’m skipping ahead; in 2023, they launched the first undergrad Dalek language module. There were the usual complaints, mostly from Michael Gove, who doesn’t get taken seriously anyway, not since the Chester Zoo incident. Penguingate, they called it. “The cult of soft subjects strikes again”, he said, or “FLA CHA KATH SHWAF AKH NAI”, if you wanted to say it in Dalekese. See? I’ve learned something.
A little bit of research tells me that this is for charity – Children In Need, to be precise – and that’s probably why I bought it. I confess I’m not really feeling very charitable at the moment, at least since – well, you know, so we won’t. Anyway, this whole book started me thinking about you, and Rory, and how Daleks seemed to play a part in some of our biggest adventures, and I suppose that’s why I wrote a letter that you’re probably never going to see. Well, unless I take it back to 1885 and send it via Western Union or something. That might work.
I hope you enjoy your Christmas, however the two of you spend it. I imagine mainly kissing. And perhaps fighting over the turkey. Kissing and Fighting. It sounds like an 80s alt.rock band. I’m going to spend Christmas, as I have for some time now, in London, in the not-quite company of Vastra and Jenny and The Other One. It’s lonely, but it’s out of the way, and these days I need to be out of the way. I don’t think anything will happen to me there.
Miss you, Amy. 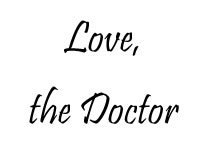 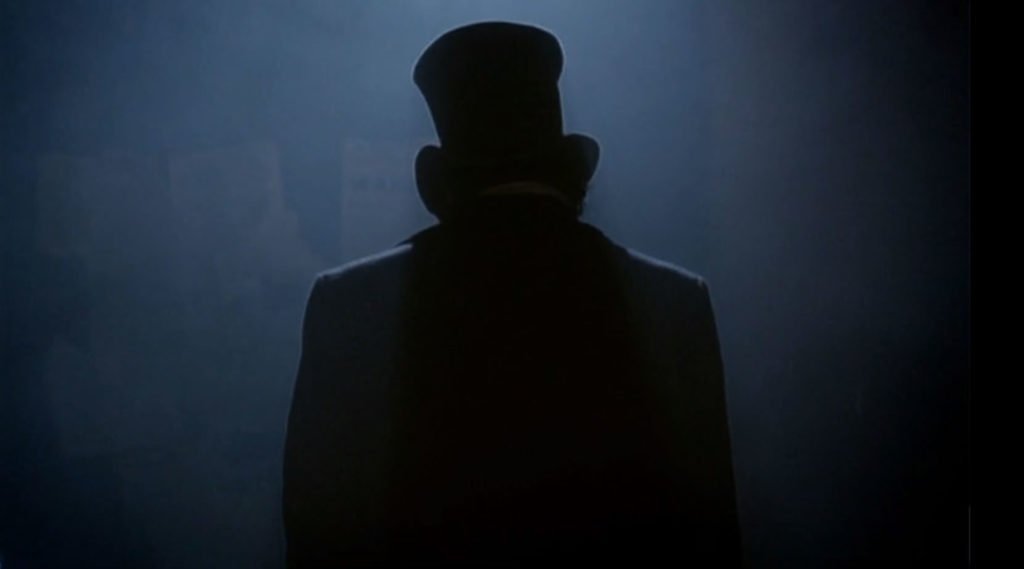