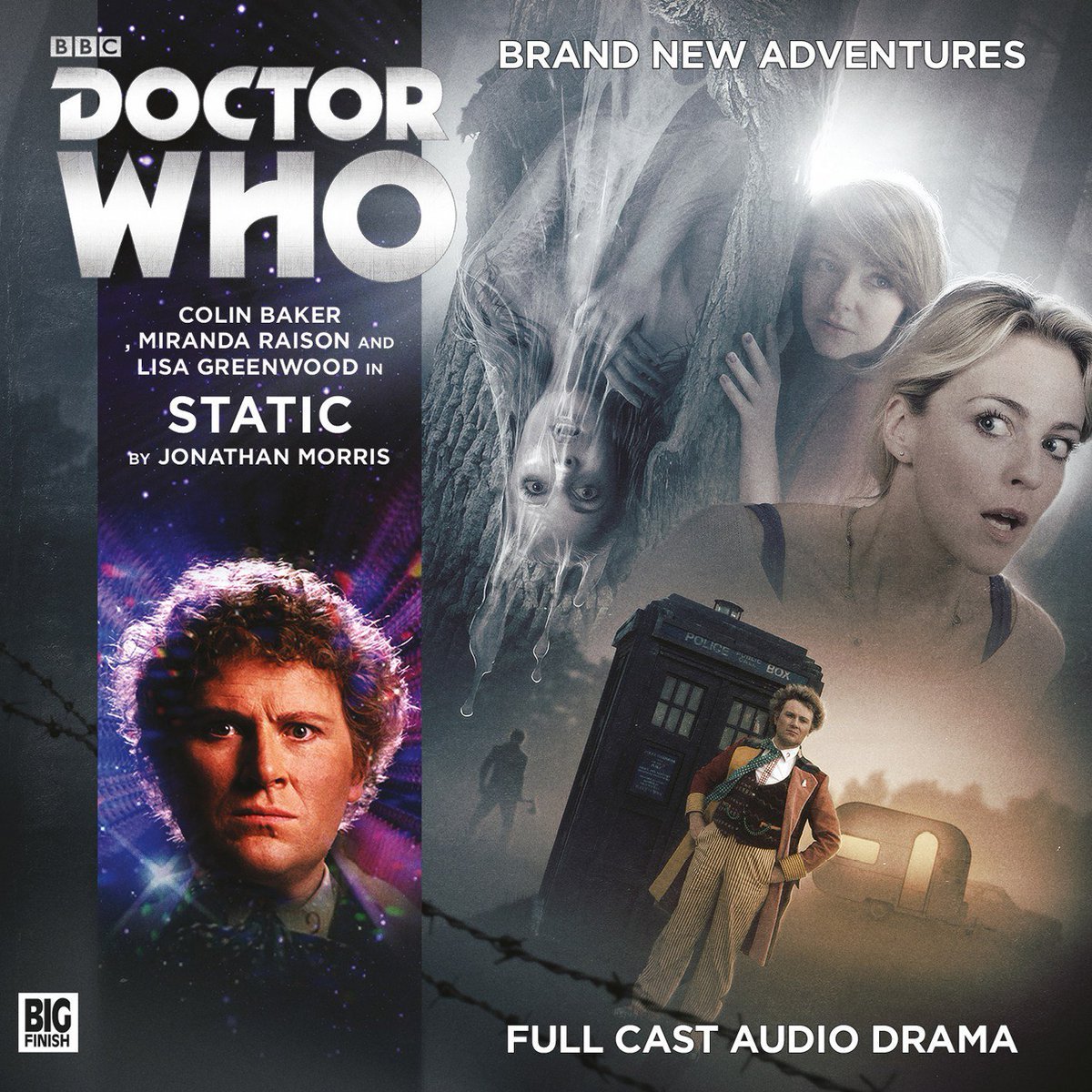 A unique electrical disturbance that makes you want to cover your ears, like hiding behind the sofa – just in time for the Christmas period. Everybody should fear what Static can cause.
The third and final part of the latest Sixie trilogy with Constance Clarke (Miranda Raison) and Flip Jackson (Lisa Greenwood), nothing is the same anymore for the trio.
Here’s the official synopsis:

Deep in the heart of nowhere, near a place called Abbey Marston, there’s a caravan site. The perfect place to get away from it all. Close by, there’s a stone circle they used for human sacrifice in olden times. A little further afield, there’s an old RAF research station, where they did hushhush things in the War.

There’s only one rule: the use of radios, cassette recorders and portable televisions is strictly forbidden.

No-one wants to hear the ghosts.

”It was late October 2016, that I came up with the idea for Static. Or rather, a way of fitting together all the ideas I had floating around in my head. I remember going out for a run when this incredibly thick mist came down. So thick I genuinely couldn’t see more than a couple of yards ahead. I found myself stuck in this silent, white void, completely cut off from anything else. I started thinking about things that might come out of the mist; what would be the most terrifying thing I could imagine?

“And then, within the next ten minutes or so, all of my ideas suddenly locked together. I had my setting, my characters, my story structure and some scary scenes all worked out by the time I got home. It’s amazing how being cold, tired and caught in some fog concentrates the mind.”