Infamy Of The Zaross To Be Released on Vinyl

The Big Finish Tenth Doctor audio drama Infamy of the Zaross is being released for the first time on vinyl record.
The release is part of an exclusive deal with HMV and will be a strictly limited pressing of 750 units of yellow 180GM heavyweight vinyl. The release is in-store only.
A spokesperson from HMV said:
“We’re delighted to welcome Dr. Who back on vinyl in time for for Father’s Day. It’s just what the Doctor ordered!” 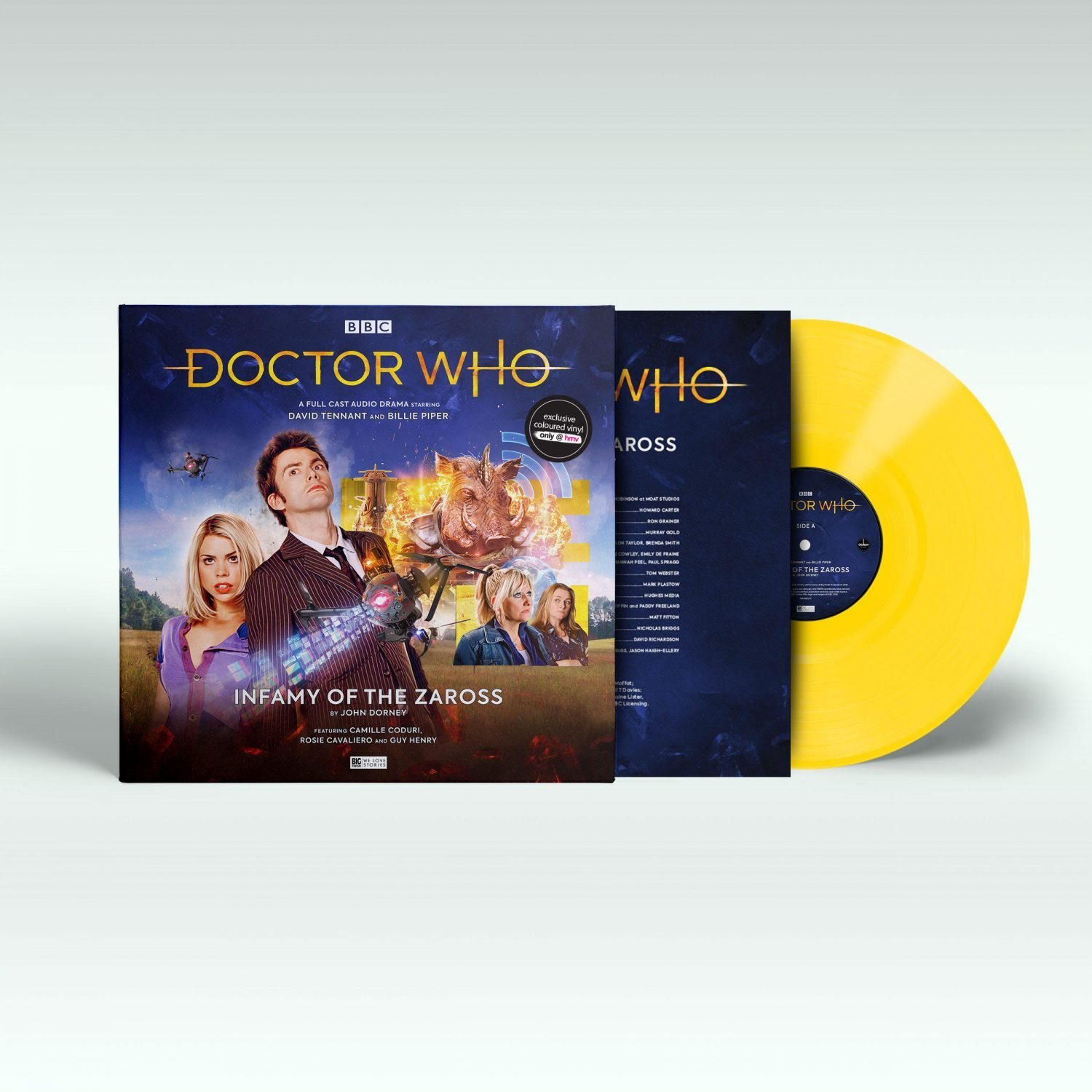 Written by John Dorney, Infamy of the Zaross stars David Tennant as the Tenth Doctor, Billie Piper as Rose and guest stars Camille Coduri as Jackie Tyler.
When Jackie takes a trip to visit her old friend Marge in Norwich, she finds her holiday immediately interrupted in the worst way possible – an alien invasion! The infamous Zaross have come to take over Earth. Or have they?
Writer John Dorney said:
“I’m delighted to see Infamy of the Zaross on vinyl, especially in HMV. I’ve still got my Gran’s old His Master’s Voice record player in my house. Quite a prized bit of furniture, which has such a store of memories for me… This record renaissance is delightful and I’m looking forward to listening to that beautiful warm sound on yellow vinyl soon.” 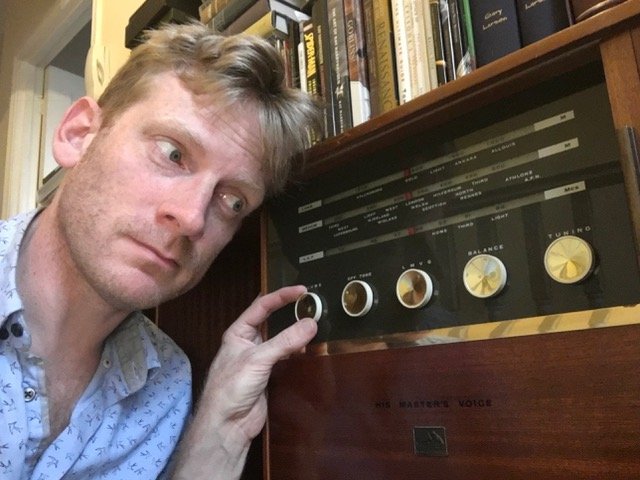 Nicholas Briggs executive producer for Big Finish added:
“It was such a special time for me, working with Billie and David on the TV show, and it is such an honour to revisit it with them on audio.”
Executive producer Jason Haigh-Ellery said:
“Getting David and Billie back together was definitely on my bucket list – two wonderful actors who created an era of Doctor Who which is so fondly remembered and who brought a different aspect of the relationship between the Doctor and his companion to the fore – love, both platonic and unrequited. It’s great to have the Tenth Doctor and Rose on record!”
Infamy of the Zaross is available to buy from HMV stores on a first come, first served basis from June, 16th.

Infamy Of The Zaross To Be Released on Vinyl

by Andrew Reynolds time to read: 1 min
News Coming Soon – Titan Comics' Doctor Who:…
Features Could Doctor Who be Flagship Show in BBC/ITV/Chann…
0
%d bloggers like this: