Having previously announced that that they will be adapting two Doctor Who comic book adventures for their audio range, Big Finish have now unveiled a new companion for the Fourth Doctor.
Joining the erstwhile Tom Baker will be Rhianne Starbuck, who will be playing Sharon alongside the Fourth Doctor in Big Finish’s Doctor Who: The Comic Strip Adaptations, due for release in March 2019.
Both stories, Doctor Who and The Iron Legion and Doctor Who and the Star Beast were stories previously told in the pages of Doctor Who Weekly. 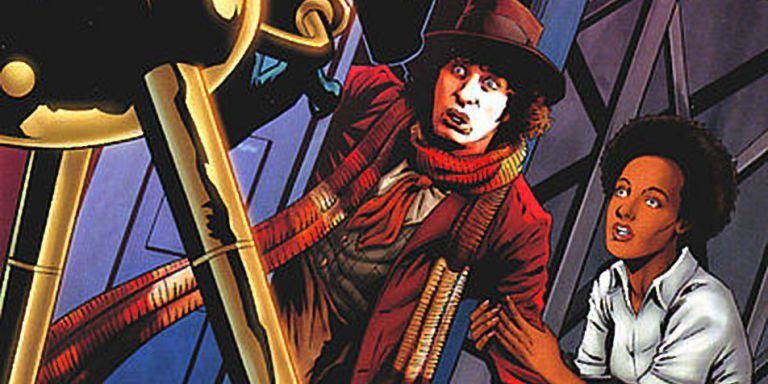 Alan Barnes, who has adapted the two comic strip titles, spoke to Big Finish about the upcoming release:
“A few people had asked about the Comic Strips coming back over the years. I was very keen. I was an original reader of Doctor Who Weekly and they’re utterly fantastic. The Star Beast is so modern”.
Playing Sharon in Doctor Who and the Star Beast, Starbuck shared her experiences of working alongside Tom Baker in an extensive interview with Big Finish:
“He was very polite, introduced himself to everyone. When you work with someone with that great reputation, sometimes you can feel daunted or wonder what they would be like. But he made you feel comfortable and was very welcoming. I remember at lunchtime, he was constantly telling stories and jokes, everyone was mesmerised listening to him.
“In his brain, it’s like he hasn’t aged. Almost 40 years younger! He’s very young at heart. He was constantly looking at the script, he’d clearly done a lot of preparation beforehand, and he would come in some days, and he would say “I was reading this, I thought we could do this at this time, constantly talking with Nick, bouncing ideas around. He was very involved in the process. And very professional. The whole experience was very playful.” Alongside meeting Sharon in the Star Beast, the adventures will see the Fourth Doctor encounter one of the deadliest and most adorable villains ever – Beep the Meep! Then there’s the Iron Legion, an army of robotic Roman legionnaires.
Adapted from the comic strip by Pat Mills and Dave Gibbons, Doctor Who: The Comic Strip Adaptations, adapted by Alan Barnes, will be released in March 2019 as a 5-disc CD box set for £23 or on download at £20 from Big Finish.