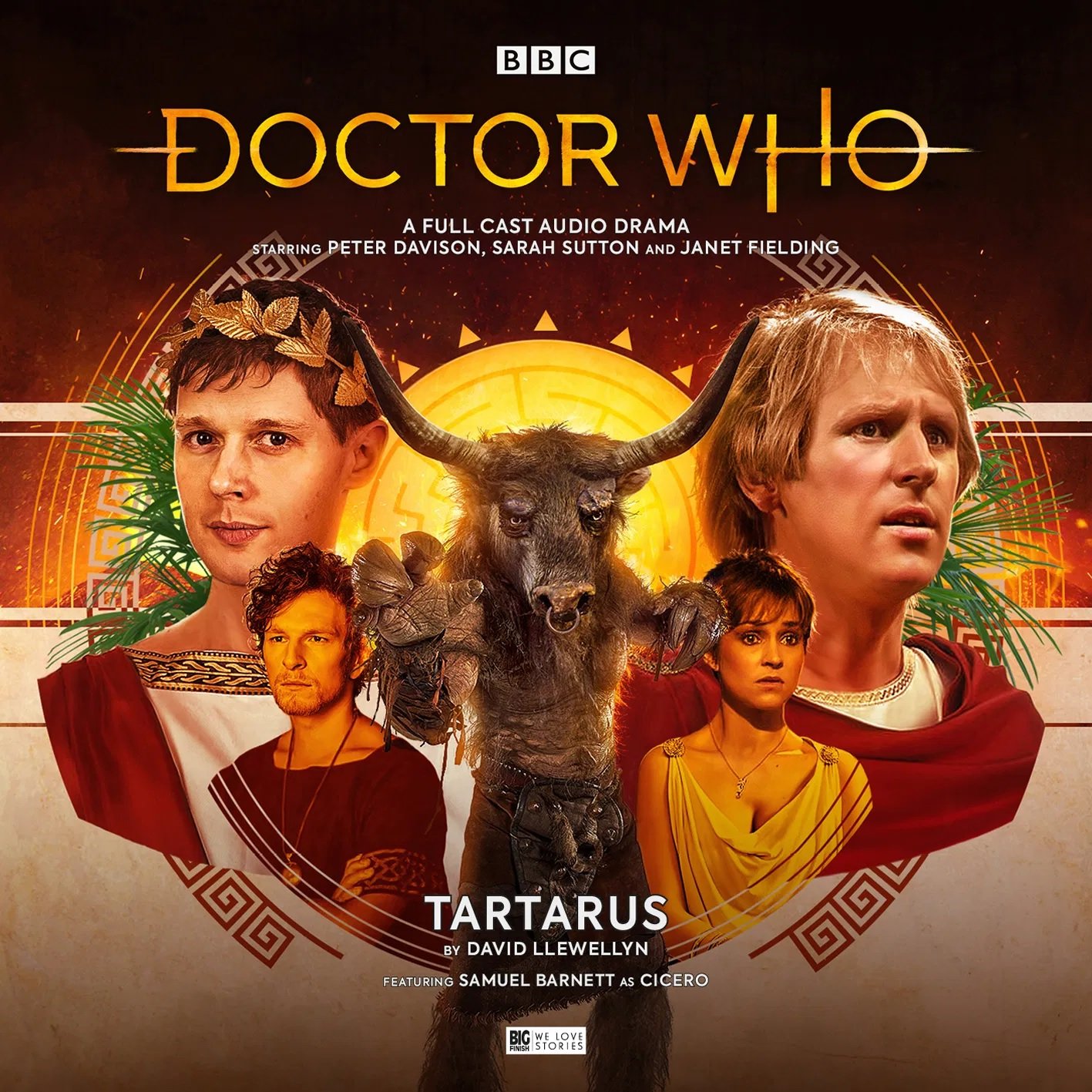 Last year saw the release of the Big Finish original Cicero: Series 1, featuring Samuel Barnett as the titular Roman orator. Now, in 2019, worlds collide as the Doctor (Peter Davison) visits Cicero in Rome simply because he has always wanted to meet him. Will the Doctor be able to stop fanboying long enough to save everyone’s lives when they are all whilst away to a strange realm filled with the trappings of Greco Roman myths?

This story sits in an odd place. It’s the sort of tale that could not have been realised on a 1980s BBC budget, but also is too visual for an audio story. The further an audio play gets from our every day lives, the more expository dialogue is needed to explain to the listener what is going on. Tartarus is full of lots of ‘Look at that, Doctor’. Whilst I expect some of this in any release from Big Finish, it became a little grating by the end. There is really no way to have people attacked by harpies while also describing that they are being attacked by harpies. It leads to some very unnatural turns of phrase.

Thankfully, this dialogue is delivered by some terrific actors. David Llewellyn has captured the personalities of the regular cast very well – and introduces us to new companion, Marc (George Watkins), a Roman slave. Marc is in the service of Cicero, who does not treat him as well as he should. The TARDIS team approach Marc differently to how many in Roman society do and you can tell that it means a lot of him.

As you might imagine, Nyssa (Sarah Sutton) and Tegan (Janet Fielding) are surprised that they won’t be sparking a slave rebellion when they land. They are used to diving headfirst into trouble and don’t believe the Doctor when he says that it will just be a pleasant trip to meet Cicero. Tegan in particular is not diplomatic in voicing her opinions about the decadent Roman party. Especially after she has tried the very sour Roman wine.

Nyssa gets a good showing in this story. She is clever and level-headed, thinking of solutions to problems while everyone else is panicking. She is very brave when they come face to face with the Minotaur on the front cover. Time and time again, her quick wit saves their lives. So, her omission from the cover art is a bit of a head scratcher.

She is given so much to do that Tegan feels like a bit of a hanger-on. Like in a few Fifth Doctor stories, Nyssa is given the clever bits and Tegan is given the jokes. It’s better at the start when the characters are at the party; Tegan is very much leading the action there. However, when thing move to the other realm, Nyssa takes control. It’s not really a nice 50/50, or even 60/40, split.

Also, Tegan gets accused of flirting with one of the party guests and there’s a fun exchange when Nyssa doesn’t believe her when she says she wasn’t.

The Fifth Doctor spends quite a lot of the play away from his regular companions and hanging out with Cicero. To begin with, he is very excited to meet him and Davison bring across the youthful energy of a schoolboy meeting his favourite celebrity. It’s fun to see the Doctor getting star struck. They are both used to being in charge to their ego bump together. You’d think the Doctor wouldn’t be quite so used to being in charge with Nyssa and Tegan around.

Samuel Barnett will be recognised by those who’ve been listening to Big Finish’s excellent Torchwood output. He occasionally pops up as Norton Folgate, a Torchwood agent from days past. He is just as excellent here, reprising his role of Cicero from his own series. Quite how he stacks up to the historical figure, I don’t know, but I was charmed by the performance.

I can’t claim to be an expert on Rome. I’m more of a Prehistory or Medieval man myself, but I do know their legends. Their gods are basically Greek gods with new names and a few small differences. Listening to the characters traverse the weird mishmash of legends was exciting. There’s some intrigue throughout the piece when you don’t quite know the reason for everything that is going on, but it is all revealed by the end.

Tegan is very quick to point out the similarities to Jason and the Argonauts, Ray Harryhousen’s excellent 1963 film (the same year Doctor Who started!). These influences really caught my imagination and were what I was thinking about as the play progressed. There’s even a nod to Patrick Troughton’s appearance in the film when the Doctor says that he played a minor role. Very nicely done.

New companion, Marc has a bit of a minor role himself. He gets on well with the cast, but his inclusion in the final act seems a bit contrived, rather than organic. He is likeable enough, but I guess I need to give him more time. There’s at least two more releases with him coming up, so we shall see. It may not end happy for him. 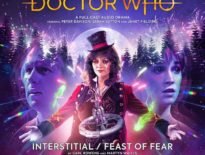