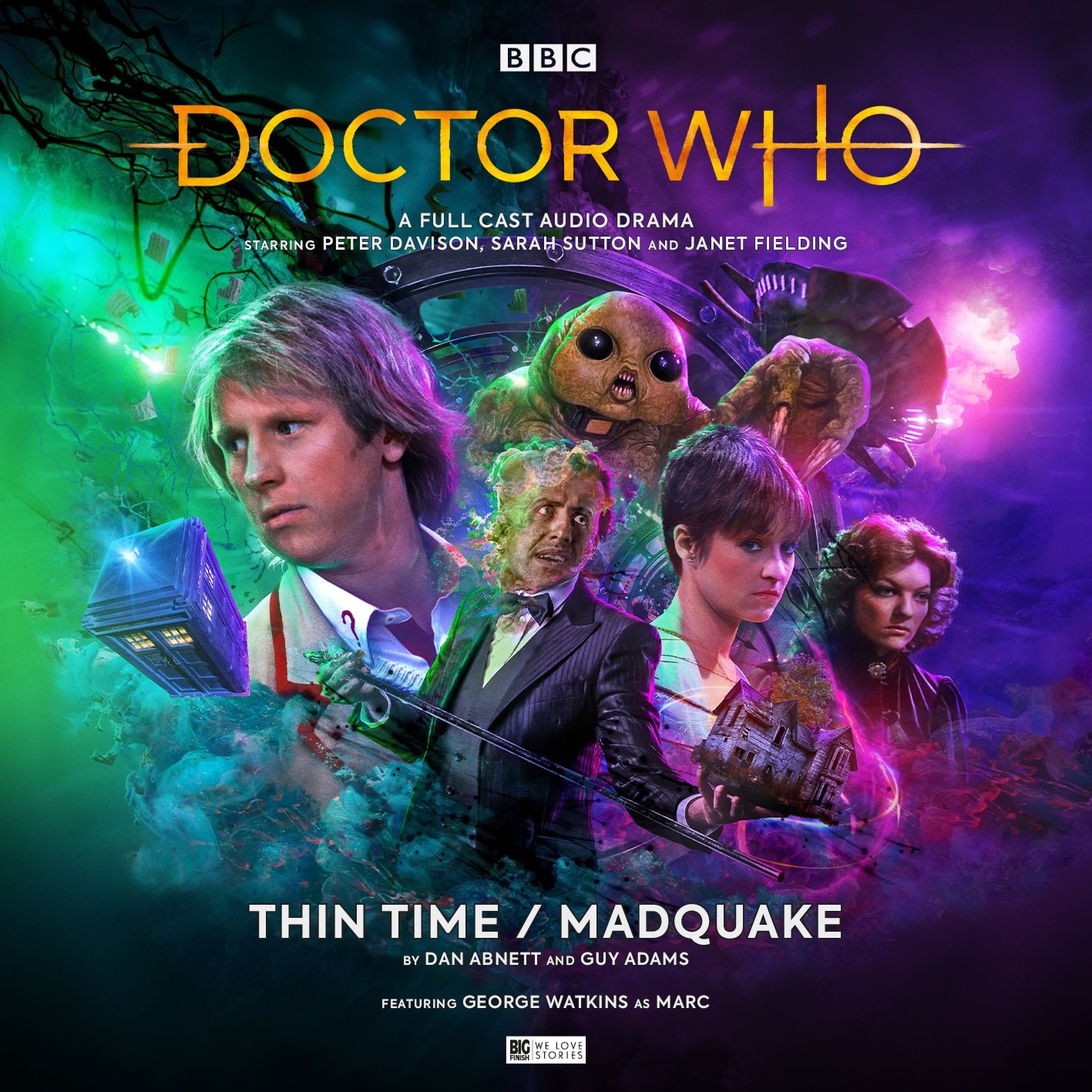 In July, Peter Davison returns as the Fifth Doctor in new stories picking up where last year’s Warzone/ Conversion left off. Time Apart is a four-part anthology written by Steve Lyons, Jacqueline Rayner, Tommy Donbavand, and Kate Thorman. Having left his companions behind, the Doctor travels alone into the history of his favourite planet, discovering ghosts, shadows, fairy tales, and even a dancing plague.

August then sees Tegan (Janet Fielding), Nyssa (Sarah Sutton), and Marc (George Watkins) in an adventure of their own – coming up against the Slitheen! These gassy aliens debuted in the Ninth Doctor serial, Aliens of London/ World War Three, then one survivor returned for Boom Town.

Finally, in September, the Seventh Doctor (Sylvester McCoy), Ace (Sophie Aldred), and Hex (Philip Olivier) board the infamous cursed sailing vessel, The Flying Dutchman, in a story by Gemma Arrowsmith, before finding themselves trapped in a perfectly ordinary house where the normal rules of time do not apply in Displaced, by Katharine Armitage. This release has been brought forward in the schedule due to production changes in the wake of the coronavirus pandemic.

“This year’s run of Fifth Doctor adventures picks up from the end of last year, with the Doctor travelling solo in the first two releases, and his friends abandoned on an alien planet. When they reunite, it’s fair to say they have to rebuild their relationships, all the while dealing with ghosts from the past, figures from history… and even a familiar set of foes from Christopher Eccleston’s adventures in the form of the Slitheen!

“It’s been a rollercoaster exploring the dynamic of this TARDIS team going forward, and always an electric experience to be in studio with Peter, Janet, Sarah and George! These two releases won’t be the last we hear from this TARDIS team, with two more stories due out in 2021!”

Each of these three Monthly Adventures releases is now available for pre-order, priced at £14.99 for a collector’s edition CD or just £12.99 as a download. More story details for each will be released soon. The previously announced Fifth Doctor stories, The Lost Resort, and Perils and Nightmares, will now be released at a later date.

Merchandise Out Now: The Human Frontier, the Final Audio in th…