The Robots: Volume 2 Turns the Spotlight on The Robots of Death’s Toos and Poul

Big Finish has announced further details about next month’s The Robots: Volume 2, the spin-off sequel to the much-loved Fourth Doctor classic, The Robots of Death. The range finds Eighth Doctor companion, Liv Chenka (Nicola Walker) and her sister, Tula (Claire Rushbrook) adapting to life on Kaldor, a world in which artificial intelligence is advancing at an unprecedented rate.

Joining the regular cast for the second volume are two veterans of the Voc robots: Pamela Salem as Lish Toos, and the late David Collings, who sadly passed away a few months after recording his contributions to the series, as Ander Poul.

The Robots: Volume 2 includes three new stories, during which there will be a murder investigation, some complicated ethical questions around the prosecution of a robot, and a bid for escape from a military base:

Robots of War by Roland Moore

A visit to an old flame goes badly wrong for Liv and Tula and soon they find themselves locked down in a military training base, surrounded by traitors and robots designed and built for war. As they attempt to get everyone out alive, is there a chance they’ve missed something important?

Toos and Poul by Andrew Smith

When a murder takes place in an isolated outpost, there’s only one man who can look into the crime. Investigator Poul, newly reunited with his Sandminer colleague Toos. But can he over-come his fears and prejudices and solve the case?

Do No Harm by Sarah Grochala

After an incident in a laboratory leads to a tragedy, someone needs to be found accountable. And who better to be prosecuted than a robot? But when complicated ethical questions arise, the outcome of the trial becomes bigger than a single case. What if somebody else is working behind the scenes?

“Actors and their performances can stay with us all of our lives – David Collings was one of those performers. Even as a 14 year old, I knew I was watching great acting when he played Poul in The Robots of Death for Doctor Who. I loved his portrayal of Silver in Sapphire and Steel, and all those character roles in so many classic TV dramas from Elizabeth R to Prince Regent to the BBC’s Julius Caesar. So many, many characters.

“I was delighted to invite him to join The Robots to reprise the part of Poul, and how lucky we were to secure time to record his great contributions for volumes 2, 3, and 4. He was a lovely man to work with, and of course still such a brilliant actor. It’s been said before but I’ll say it again: he was the best Doctor Who we never had.”

“I’ve had the pleasure of working with Pamela quite a few times now and she’s utterly delightful – one of the most kind-hearted people you could ever hope to meet. The producer had arranged for one of the original Robots to visit the studio during recording and it was very entertaining to reunite it with Pamela. She was so excited.

“One of the uniquely rewarding things about working for Big Finish is bringing actors together again. I’m not entirely sure when Pamela and David Collings last worked with each other, it may well have been on Doctor Who. I hadn’t worked with David before but familiar faces and shared experiences always help to make the day more enjoyable for everybody.”

We remain incredibly sad over Collings’ passing, but we’re fortunate that we still get to enjoy more of his work in upcoming adventures.

The Robots: Volume 2 will be released in July 2020 and is available now at the special pre-order price of £19.99 as a collector’s edition CD box set or £16.99 as a download. Big Finish listeners can save money with The Robots bundle of all four volumes for £78 on CD or £66 on download.

The Robots: Volume 2 Turns the Spotlight on The Robots of Death’s Toos and Poul 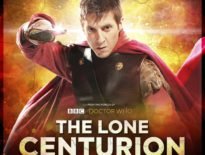 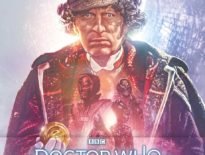