Exclusive Doctor Who Fiction: Turn Inside Out (A Pre-Se-Quel to Turn Left) 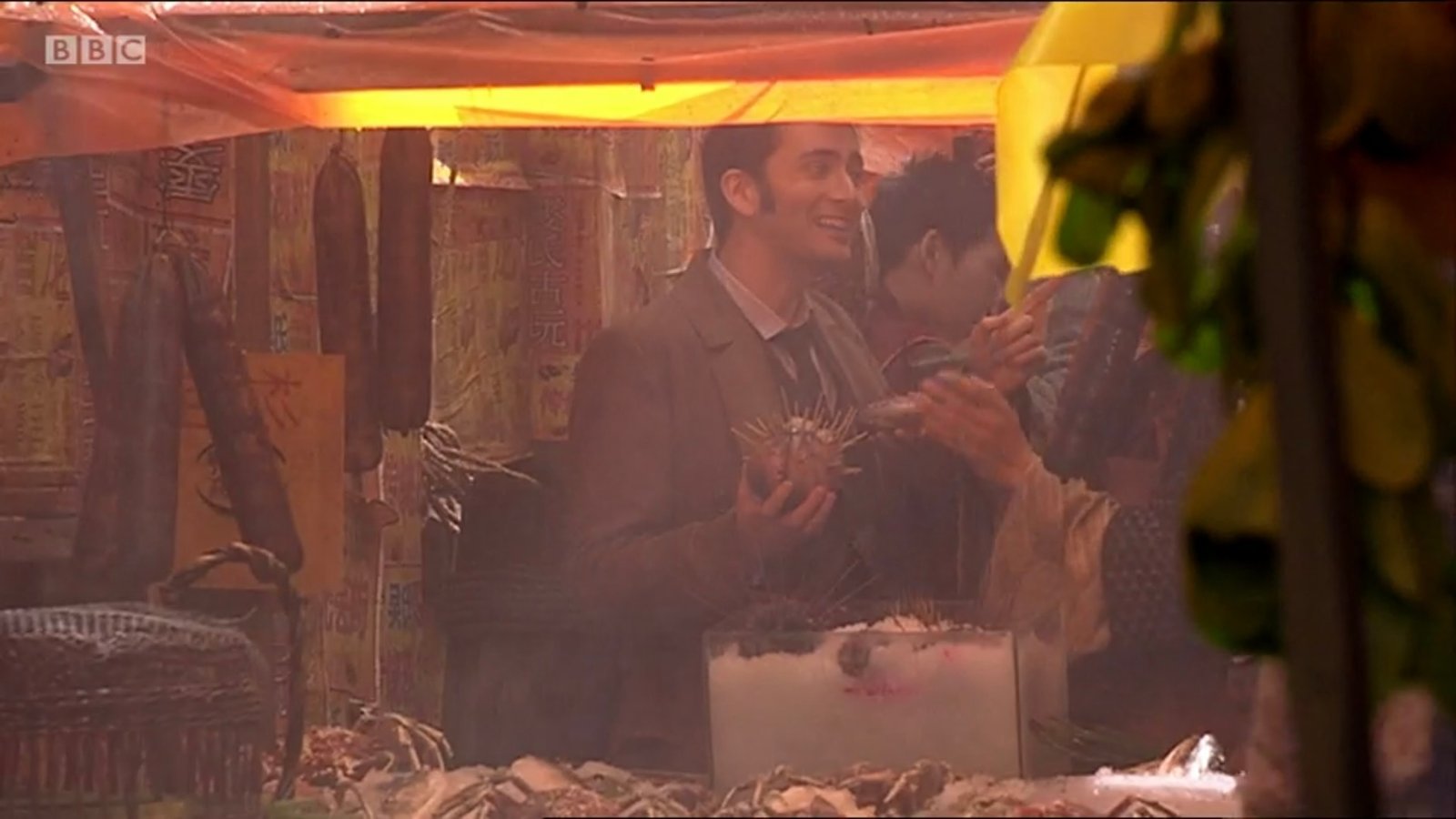 Pre-se-quel: A story which acts as both a prequel and sequel.

On the planet Shan Shen, populated by a human colony of Chinese culture, the Doctor was looking at some alien sea urchins presented by a stallholder. He was too distracted to notice that Donna Noble had already wandered off, but it didn’t stop him from exploring alone. Putting down the urchin, he went over to another stall to taste a free sample of sweet and sour kronk.

“Mmm, delicious as a kronkburger,” the Doctor smiled at the cook, only to receive a sudden tap on the shoulder. He quickly turned to find someone very familiar he’d met not too long ago.

“Josh Lyman from The West Wing,” the stranger greeted back, putting on his sunglasses. “Haven’t used that name in a very long while.”

“I have, but let me explain once we get there. Now, come with me.”

“What?” The Doctor began to follow the Caecilius lookalike through the crowds, doing his best to avoid knocking anyone out of the way. Turning right at the other end of the market, he raised his eyebrows to find–

Another TARDIS! Painted with a brighter shade of blue around its exterior, including the St John Ambulance logo engraved on the door.

“You can smile now,” the Caecilius lookalike grinned, removing his sunglasses.

“What?” The Doctor was too puzzled to fully pay attention. “W-w-wait, hang on, you can’t be—”

“But I have to find Donna!”

The Caecilius lookalike pushed the door and replied, “Relax, she’ll be fine. We’ve only got about 46 minutes.”

As they entered the TARDIS, the Doctor gasped at his console room’s futuristic decor illuminated in purple. “Oh, you’ve redecorated. I don’t like it.”

But the lookalike shrugged, expecting the exact same remarks. “Orange is nice for a change” – he referred to the time rotor’s lighting – “although I do miss aqua.”

“Twelfth. Or, arguably, thirteenth if you count Grandad.”

“Grandad?” The Doctor suddenly felt butterflies in his stomach, trying to avoid reliving the battles he faced during the Time War. “I’m fine, I’m fine,” he persisted.

“That’s partly why I brought you here, to discuss a few things by looking through the mirror,” said his future self, pacing around the console. “And don’t worry, we’re not leaving Donna behind on Shan Shen.”

“So, how exactly did you end up with the face of Caecilius?”

“Remember when we saved him and his family in Pompeii? The memory somehow resurfaced immediately before I made a very big mistake.”

“I turned a girl named Ashildr into a hybrid, by using a Mire repair kit to bring her back to life.”

“Then what’s the issue with saving just a person, even during a fixed point in time?”

“Our actions,” the other Doctor began, picking up his electric guitar. “Everything we do or are about to do has consequences. Good and bad.”

“Like the DoctorDonna, which the Ood said. Or perhaps something else that we don’t know or remember from further back, way before leaving Gallifrey with Susan? It’s all connected, more than just coincidences.”

But all of a sudden, the twelfth incarnation started playing the opening to La Marseillaise. The French national anthem quickly blared across the room, causing his predecessor to flinch. At the same time, neither of them noticed the scanner briefly display an inaudible recording of Rose Tyler yelling, “Doctor!”

He paused. “You were saying?”

“Right, sorry, got carried away there. I was just thinking of our trip to the French Revolution. You know, the one with Susan, Ian, and Barbara?”

“Yeah, I remember. And what’s that got to do with us? Oh, that’s right! We entrusted her with the truth about the Hybrid prophecy.”

“Then he brought it up,” his successor grunted annoyingly. “Many centuries later.”

“You know the rules—”

“Tell me,” the Doctor snapped.

And there was a pause. They glared at each other before bursting into laughter.

“Every time,” said his successor, trying to catch his breath. “In the mirror!”

“We always forget saying the stupidest things afterwards, even when we contradict ourselves.”

“Yeah, like when I said that we can regenerate up to 507 times— Hang on, shut up. Did I really say that?”

The twelfth closed his eyes, only to hear the voice of his floppy-haired predecessor revealing, “507.”

“507,” he repeated aloud. “You certainly wouldn’t remember saying that.”

The Doctor also closed his eyes, but instead recalled his predecessor from the North telling Rose, “900 years of time and space, and I’ve never been slapped by someone’s mother.”

“Nope. Just myself on top of the Powell Estate. 900 years without looking a day over 300. But… how can we regenerate 507 times when the exact limit is twelve? That’s not what the Time Lords have said.”

“You’re right. It was Future You exaggerating. No! Not just exaggerating; thinking mathematically.”

“That explains it all,” the Doctor resumed. “So, you really are my thirteenth body?”

“Er… yes, I am,” his successor answered with great reluctance, obviously knowing what’s to occur very soon. “After saving Caecilius, we asked him to give us a DNA sample before injecting into our veins. Did the same thing recently for a young woman, after rescuing her and Pythagoras from some Krillitane-like creatures called Garsgoyers. One side effect of injecting human DNA involves temporary memory loss, which is why I couldn’t remember Caecilius until looking at my reflection. Twice.”

“Whoever we save, we frown their faces to remind ourselves of our name.”

“Just as Donna said… someone.”

His successor began to shed a tear, feeling a sense of guilt, “And she made me better.”

The twelfth put on his sunglasses again and said, “I’m afraid our 46 minutes are up. You’ll be hearing Donna’s screams at any moment.”

“Oh, would I?” the Doctor chuckled, opening the door. “And before I forget, you should probably check out the Professor X Festival on planet Excel.”

“I’ll take Clara along. I’ll tell her that you said hi… or will soon be saying hi.”

“And remember… watch your hand, run fast, be kind.”

“Slip of the tongue. Wash your hands. Always.”

“Always,” he nodded at his successor for the last time, closing the door on his way out. Watching his future TARDIS dematerialising on the spot, the Doctor suddenly heard a loud scream from nearby. Immediately recognising the voice with concern, he quickly ran towards one of the buildings and straight into the doorway, only to find… Donna, staring at a giant beetle lying dead on the floor.

An hour later, the fortune teller who manipulated Donna’s past was already waiting for a hover-shuttle at the Shan Shen spaceport. Little did she know that a man in sunglasses was standing right behind her, with a familiar blue box in the background.

He gave her a gentle tap on the shoulder and said, “I believe you’re the Time Beetle’s master and I have some unfinished business to attend to.”

“Who are you?” she whimpered.

“I’m the Doctor. And I’m placing you under arrest.”

Exclusive Doctor Who Fiction: Turn Inside Out (A Pre-Se-Quel to Turn Left) 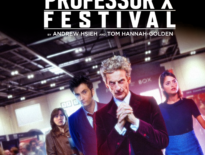 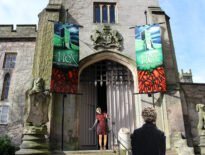