Doctor Who Season 8, Jon Pertwee’s second series as the Third Doctor, will be released on Blu-ray as part of The Collection range on 23rd February 2021.

The set collects together stories which introduce Jo Grant (Katy Manning) and the Master (Roger Delgado): Terror of the Autons, The Mind of Evil, The Claws of Axos, Colony in Space, and The Daemons.

The season finds the Doctor still stranded on Earth, and fighting Autons, Axons, and a god-like Daemon, although he also gets away from Sol 3 when the Time Lords send him on a mission to Uxarieus in 2472.

The set was announced with a trailer featuring some familiar faces… 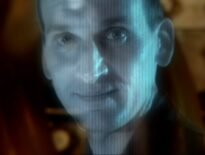 News Take Part in the Rewatch of Bad Wolf/ The Parting …