It’s the penultimate #lockdownloads freebie from Big Finish, and the audio company has decided to play Sister Sledge’s We Are Family loudly — by giving listeners the chance to download an episode from Jenny: The Doctor’s Daughter.

While the UK remains in lockdown, Big Finish is releasing free downloads of full-cast audio dramas – or #lockdownloads – for a limited time.

This week’s #lockdownload is Stolen Goods by Matt Fitton, taken from Jenny – The Doctor’s Daughter: Series 1.

Originally released in June 2018, this was the first adventure for Jenny on audio. It features Georgia Tennant reprising her on-screen role as the daughter of the Doctor, alongside Sean Biggerstaff (Harry Potter) as humanoid Noah and acting legend Siân Phillips as dastardly bounty hunter COLT-5000. Here’s the synopsis:

Jenny is new to the universe and keen to explore – but in unfamiliar spaceships, accidents happen. She’s lucky to have someone on-hand to help. A slippery, fast-talking someone, called Garundel.

Soon, Jenny is mixed up in cons and explosions. But she also finds something strange, inexplicable, and as new to universe as she is. She’ll call him Noah.

All the above offers can be accessed at the Big Finish Weekly Deals page and must end at 23:59 on 28th March 2021. 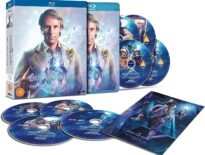 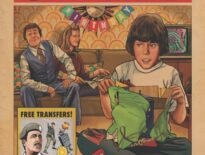