Big Finish uncovers something sinister deep in a Welsh coal mine in World War Two, in this month’s Torchwood adventure.

Reprising his much-loved role, Murray Melvin (A Taste of Honey, Jonathan Creek) returns as Bilis Manger in Curios, alongside Rosie Baker (The Lone Centurion), Matthew Gravelle (Broadchurch, Exile), and Laurie Kynaston (How to Build a Girl, The Feed).

During World War Two, the Torchwood Archive has been stowed away in a Welsh coal mine along with countless other art treasures. Bilis Manger is among them. And there’s something hunting him in the dark.

Jill has been sent to catalogue the collection. She’s on her own, she’s in disgrace and there’s something hunting her on the slopes of the mountain.

“Famously, a lot of national treasures were evacuated during World War II to Welsh mines. What if there was something in there that shouldn’t be? And what if Bilis Manger was looking for it? It seemed like a great setting for a horror story, and it’s always a delight to get Murray Melvin in.”

Torchwood: Curios is now available on CD at £10.99 or on download at £8.99. Or you can save money by pre-ordering a bundle of stories. A six-release bundle is £60 on CD or £50 on download – or save even more money by ordering all twelve of the latest Torchwood releases together at £110 on CD or £94 on download. 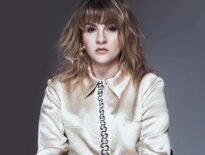