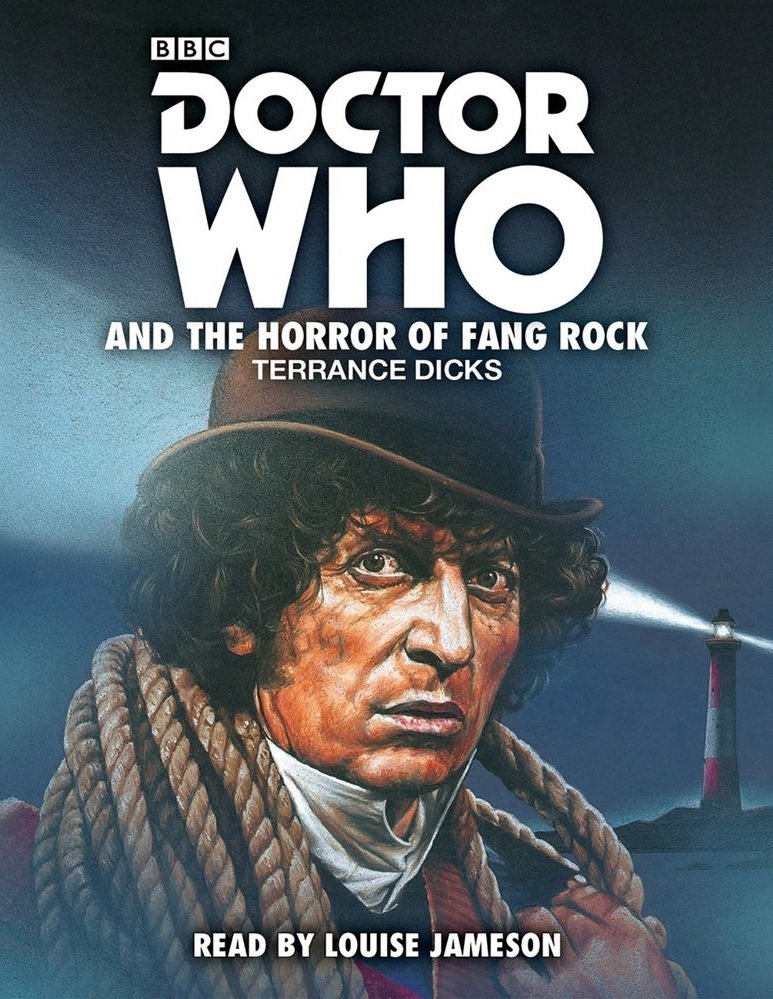 Horror of Fang Rock was a famously fraught production, commissioned as a late replacement script and filmed on cramped sets, tension hanging in the air like coastal fog as Tom Baker and director Paddy Russell rubbed each other up the wrong way. But despite these unpromising conditions, a true classic was somehow delivered, a masterpiece of suspense that ranks as a highlight even among the many other wonderful stories of its era.

So does the novel rank as a classic in the Target range? Well, the honest answer is no. Published in 1978, the book fell in the period when Terrance Dicks was knocking out novelisations at a phenomenal rate, leaving him little time to embellish or expand upon what had been depicted on screen. This is therefore a very straightforward retelling of the adventure, with a short prologue the only significant addition. In fairness to him, that wasn’t an unreasonable approach in that far distant pre-home video era when these books were one of the few ways to relive Doctor Who stories, and it was one I was perfectly happy with as a young reader who handed over his 70p for a copy (likely in WHSmith in Hull, but I can’t be sure…).

As has been remarked elsewhere, many people who voted in the Twitter poll that determined the list of books for these The Essential Terrance Dicks volumes were surely basing their choices on the televised version, rather than the actual novel. Several fans will feel there were superior examples of Dicks’ work that didn’t make the cut. But given that it’s such a darned good story and that it’s based on one of his own scripts, I’d argue Doctor Who and the Horror of Fang Rock is deserving of its place.

Isolated settings have always been a favourite in Doctor Who and locations don’t come much more cut off than a lighthouse off the Channel coast. Fang Rock, the prologue tells us, has an evil reputation as a place said to drive men mad. Dicks establishes the setting and characters with his usual economy, never wasting a word but telling us all we need to know about the three-man crew in a few pages.

He may have been less than thrilled when given the brief by Robert Holmes to come up with a story set in a lighthouse, but it’s easy to imagine old Terrance warming to the task as the well-worked plot fell into place, chuckling as he came up with lines for Reuben, the seen-it-all veteran keeper (“One look at the sky and I know when fog’s coming. And today was clear as clear. It isn’t natural…”).

People with a sharper analytical eye than me have examined how Horror of Fang Rock demonstrates a mastery of structure and that essential Doctor Who formula, but there can be few stories that rattle along quite as well as this one. The characters may be stereotypes (stubborn old Reuben, young and keen Vince, self-interested capitalist Palmerdale) but each has their part to play and besides, there’s little time to dwell on that when the tale is so enjoyable.

A couple of suitably melodramatic elements in this Edwardian tale made me smile. If anyone ever comes up with a league table of the all-time greatest Doctor Who info-dumps, this instance of Skinsale explaining things to Palmerdale they both already know will take some beating:

“I kept my part of the bargain. I gave you secret advance information about the Government’s financial plans. I was a fool and a knave but I did it. You tore up my gambling IOUs – now we’re even!”

Glorious. And there are parts of the story which demonstrate the programme’s somewhat contrasting approach to female characters in this period. Palmerdale’s secretary Adelaide has little to do except sob and wail, even fainting in shock at the terrible events playing out before her. Meanwhile, Leela fearlessly takes on all comers, thinking nothing of threatening Adelaide’s employer with a knife and a vivid turn of phrase:

“Silence, fat one. You will do as the Doctor instructs, or I will cut out your heart.”

But perhaps I’m being unkind in highlighting elements like this from a book written over 40 years ago. The chills the story delivers, exemplified by Reuben seemingly rising from the dead to bring terror to the stranded souls that remain on the windswept island, are real enough in any era. This slim volume may not be a Target classic, but no one did this stuff better than Terrance Dicks.

Doctor Who and the Horror of Fang Rock is available to read as part of the anthology title, The Essential Terrance Dicks: Volume Two. 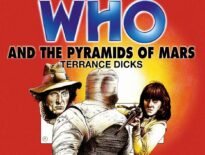