Another fantastic Doctor Who guest star has left us: Clifford Rose, Rorvick in Warriors’ Gate, has passed away.

Warriors’ Gate is a Marmite story; I’ve never taken to it, despite appreciating the ideas behind it and the performances from everyone involved, even if I think it was a little too out of the budget for early ’80s Who.

One of the best things in that story though has to be Clifford Rose as the evil Captain Rorvick. He completely convinces you that he is insane and ruthless not just with how he treats the poor Tharils, but also his crew and Romana. And I think his line, “I’m finally getting something done,” is rightly iconic!

Born in Herefordshire on the 24th October 1929, Rose was educated at King’s School, Worchester, and later King’s College London. From there, he sought a career in acting, joining repertory theatre, and would go on to become one of the founding members of The Royal Shakespeare Company in 1960.

His first television appearence was in 1959 in an adaptation of Arnold Bennett’s Hilda Lessways. Following this across a 60-year career, he would feature in various television programmes including Roads to Freedom, Elizabeth R, Callan, Justice, The Pallisers, How Green Was My Valley, The Devil’s Crown, Inspector Morse, Midsummer Murders, and most recently the Netflix hit, The Crown.

He also featured in film, with appearances in movies like The Iron Lady and Pirates of the Caribbean: On Stranger Tides. In 2009, he was awarded The Clarence Derwent Award for his role as The Judge in Enid Bagnold’s The Chalk Circle, at the Donmar Warehouse, a theatre in Covent Garden.

But Rose is best known for playing Standartenfuhrer Ludwig Kessler in Secret Army, a television series that ran from 1977-1979. Secret Army detailed the lives of prisoners who worked on the prisoner evasion lines, that helped English Pilots escape from Belgium during World War II. Rose’s powerful performance explored the ruthlessness of his character, while he fell in love with a Belgium woman, exploring different aspects of his role. So popular was he and the series that he returned to the role in the 1980s spin-off Kessler, which explored what the character did after the war.

His striking looks meant that this wasn’t the only time he would play characters from the war. He would go on to play SS General Hans Kammler in a miniseries called War and Remembrance.

During this time, he married Celia Ryder in 1957; she sadly passed away in 2012. They had two children. His family lived in Stratford and he was a well known local figure, giving readings at the Kempe Society and rarely missing an RSC production.

He would later begin to suffer with advanced kidney disease, heart problems, and severe anxiety. He would spend his last months in Denville Hall, a nursing home for actors, which he loved. But that wasn’t without difficulty as he was only funded to stay a month, leading to his son Duncan setting up a donation page, to raise money for his care.

Many people donated money including Kenneth Branagh, Dame Judi Dench, Jonathan Pryce, and David Morrisey. Thanks to those kind donations, Rose spent his last few months in comfort, before passing away on the 6th November 2021 at the age of 92.

Our thoughts go out to his friends and family. 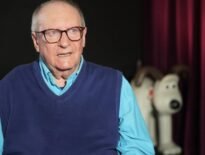